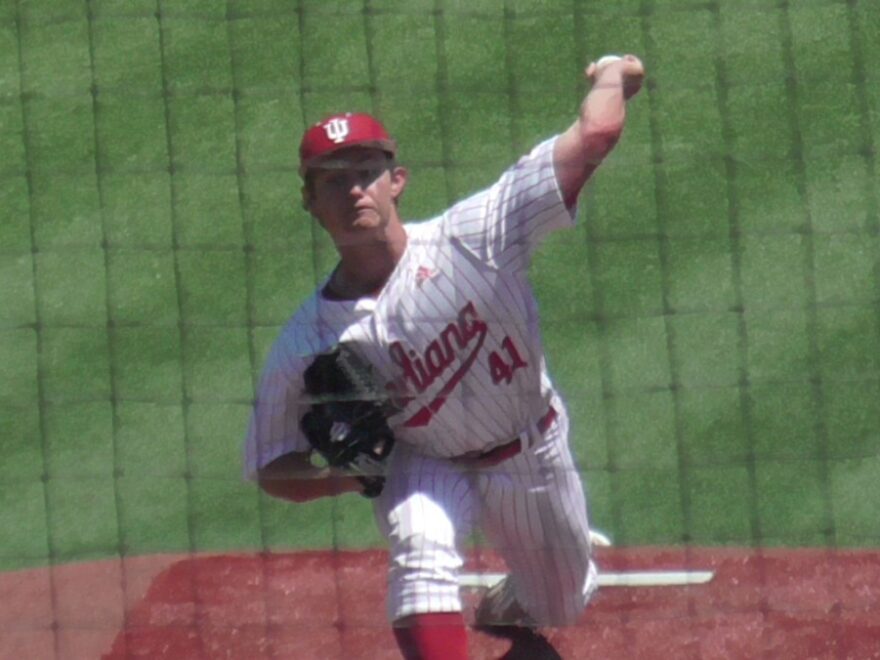 Eastern Illinois coming to the Bart, then road match-up at Indiana State

Indiana is getting a much earlier start to team practice and outside exhibition play than in years past. Not even four weeks into the school year, Indiana will host Eastern Illinois at Bart Kaufman Field. First pitch is set for 5pm on Friday September 16th. This exhibition game is free and open to the public. Bart Kaufman Field will open to fans 30 minutes before first pitch.

The following weekend the Hoosiers head to Terre Haute to take on the Indiana State Sycamores. That game gets underway 12 noon on Saturday, September 24, at Bob Warn Field.

The pitching staff for Indiana will look very different. Despite a lack of depth, and significant struggles with command, the Hoosiers still managed to get three pitchers taken in the MLB Draft with starters Jack Perkins and Bradley Brehmer and reliever Reese Sharp all hearing their names called and signing pro contracts. Four other pitchers left via the transfer portal, most notably Braydon Tucker, who graduated from IU and will be using his extra COVID year as a graduate student at Lipsomb.

The transfer portal works both ways. Head coach Jeff Mercer and pitching coach Dustin Glant have brought in eight arms via the portal to reload the pitching staff:

These pitchers will provide Indiana with immediate D1 experience to mix in with veteran lefty Ty Bothwell, who worked his way into the starting rotation for the Big Ten Tournament, and the three rising sophomores who Indiana was forced to rely heavily on in 2022 as freshman: Luke Hayden, Grant Holderfield, and Ryan Kraft.

Indiana’s incoming freshman class is also heavy on the pitching front. Coach Glant will have no shortage of talent on hand to attempt to put together a deep mix on the mound to pair with the proven group of returning position players in hopes of rebounding from a losing season and possibly competing for a Big Ten title.

A quick look at the competition

Eastern Illinois, out of the Ohio Valley Conference, finished 2022 with a 30-20 record (12-12 OVC). Most notably they went 22-12 on the road in 2022 and won a game against B1G foe Illinois. Indiana State also had a winning record 26-22-1 while also going .500 in conference play with a 10-10-1 in the strong Missouri Valley Conference. The Hoosiers stunned the Sycamores at Bob Warn Field this past spring thanks in part to a ninth inning, pinch hit, three-run home run off the bat of Mathison.

We will have recaps and hopefully post game interviews here at iubase.com. Follow @iubase17 on Twitter to get live updates during the game. No word yet on how many innings will be played. Last season’s exhibition at Cincinnati included 14 innings of competition.