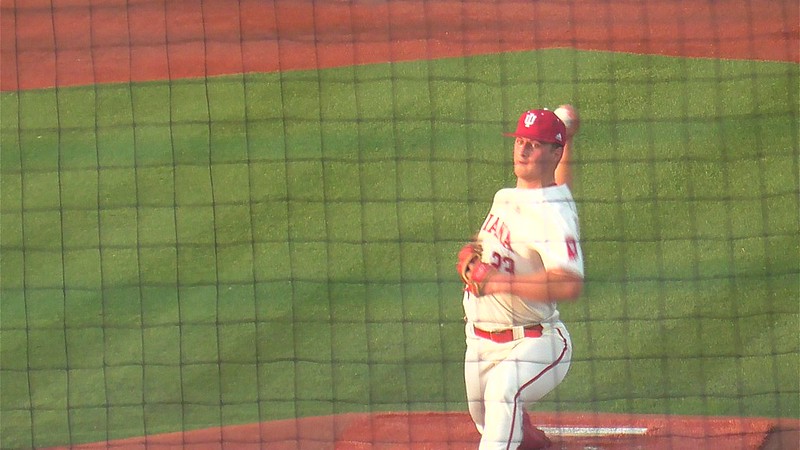 At the end of each month, we will honor the top hitting and pitching performers over the month and dig a deeper into their numbers.

Over the last two months, Cade Bunnell has been the definition of consistency. Cade was able to retain his title as Hoosier Alumni Player of the Month with his continued production through the month of August. Just a look at Cade’s numbers at High-A Rome were not all that eye opening, but during each promotion to Double A Mississippi, Cade produced numbers that would stand-out in any box score. Bunnell’s most recent promotion, which he received in July, has been more of a permanent one that the two previous he received earlier in the season.

Continuing into August, Bunnell’s offensive jumped to another level seeing Cade hit .342 over the month, with 27 hits, 11 of them being for extra bases. Bunnell also accounted for 37 runs, 15 he scored and 22 he drove in. While Bunnell showed consistent hitting over the month, it was the mid-August series in Birmingham against the Barons where he had a two-home run game and second game with a grand-slam

As the final weeks of the season are upon us, Cade is making a strong case for Hoosier Minor League Player of the Year.

Newly drafted Jack Perkins wasted no time in making his presence felt in the Oakland A’s organization. In his initial outing for the Arizona Complex League A’s Perkins pitched an inning, recording all 3 out by strikeout. Following that outing Jack was assigned to the Stockton Ports of the California League. In 3 August outings, Perkins allowed just 1 hit, walked none and did not surrender a run. Given his 83 innings pitched for the Hoosiers already this season, the A’s minor league staff has been cautious with Jack’s workload. While’s he has not been in any trouble in his outings, Perkins’ appearances have been limited to 2 innings.

If Perkins does not receive a promotion this season, his performance for Stockton has set himself up to be a quick mover through the A’s system for the 2023 season.