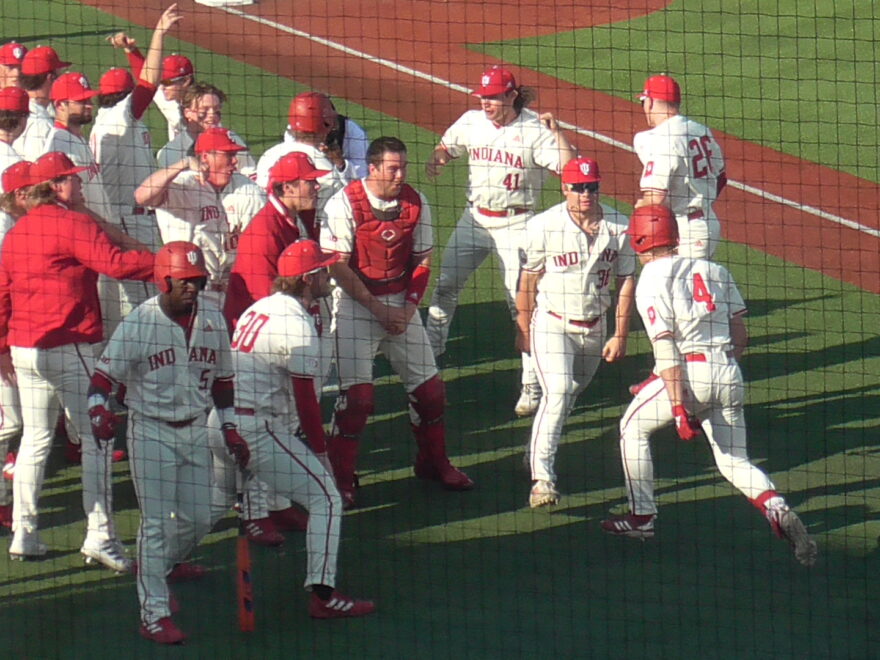 Mercer, Holderfield, Jessee discuss Indiana’s 20-7 midweek win over the Wildcats at the BART

Indiana had an offensive onslaught last night defeating Kentucky out of the SEC 20-7, scoring in every inning, with 23 hits, 6 home runs, and nine doubles. Talking Hoosier Baseball caught up with Head Coach Jeff Mercer, as well as left handed pitcher Grant Holderfield who gave up no runs in a 3.2 inning save, and designated hitter Hunter Jessee who went three for four with two home runs.

A schedule change is in effect for the coming Xavier series to avoid Friday rainy weather. The series at Bart Kaufman field will start Thursday at 6pm. It will resume with one game Saturday at 12 noon and conclude with a Sunday noon doubleheader. Per IU Athletics,