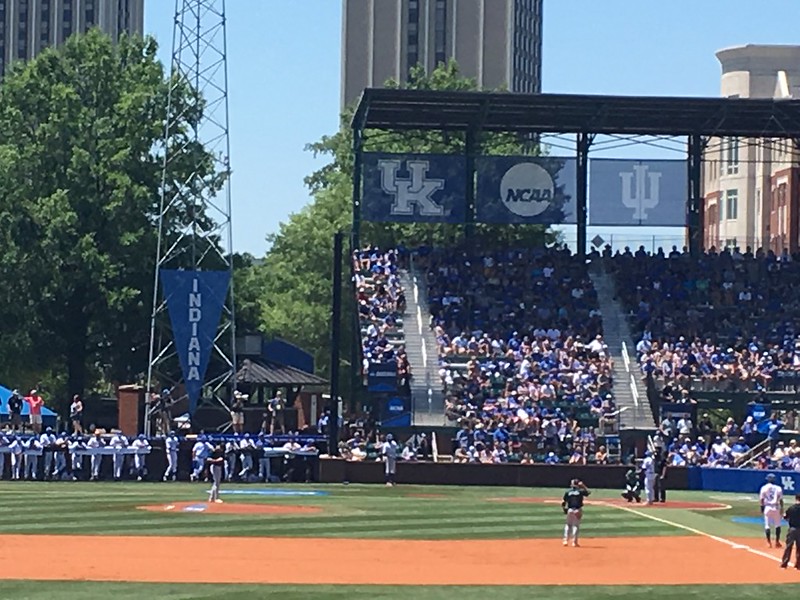 14-3 Wildcats come to the BART on Tuesday 5pm

The University of Kentucky from the Southeastern Conference will take on Indiana University Baseball at 5pm ET at Bart Kaufman Field on Tuesday, March 15th. The Wildcats are playing very good baseball right now at 14-3. They have a series win over TCU from the Big 12. Two of Kentucky’s losses have come in midweek games.

What’s interesting is that while Kentucky is hitting .327 as a team, they are hitting well below .300 in midweek games which have been relatively low scoring affairs. On the pitching front they have been split in using either a 7-inning starter or a large mix of relief pitchers.

Chase Estep is putting up video game numbers for the Wildcats at the plate. He’s batting .476 with 7 home runs and 21 runs batted in. He was Collegiate Baseball’s National Player of the week one week ago, and the SEC’s player of the week the prior week. He has a hit in all but one of Kentucky’s games so far. He has split time for Kentucky between second and third base.

Like Kentucky, Indiana’s pitching strategy is not certain. Luke Hayden has started midweeks the last two weeks, but was used in weekend relief on Sunday. Jack Walker, who started against Purdue Fort Wayne, did not see action on the weekend and may be the best part to get a start. Grant Holderfield has not pitched since a two inning relief appearance on Friday and would likely be available out of the bullpen. After that, there are a lot of questions as Indiana used a lot of arms in Sunday’s doubleheader at Troy.

March 15th, 2022 12:25pm – Per an Indiana University press release, Luke Hayden will get the start despite throwing 14 pitches just two days ago. Nate Stahl and Ryan Kraft were also limited in pitch count Sunday and may be available. Ty Bothwell was not used on the weekend and should be available for multiple innings.

Kentucky will start righty Seth Logue who has been a legitimate mid-week starter. He’s coming off a 7.0 innings, eight strikeout performance where he only gave up one run and one walk. He has 5.0 and 6.0 innings in his prior two starts. Kentucky will likely be expecting Logue to go deep in this one.