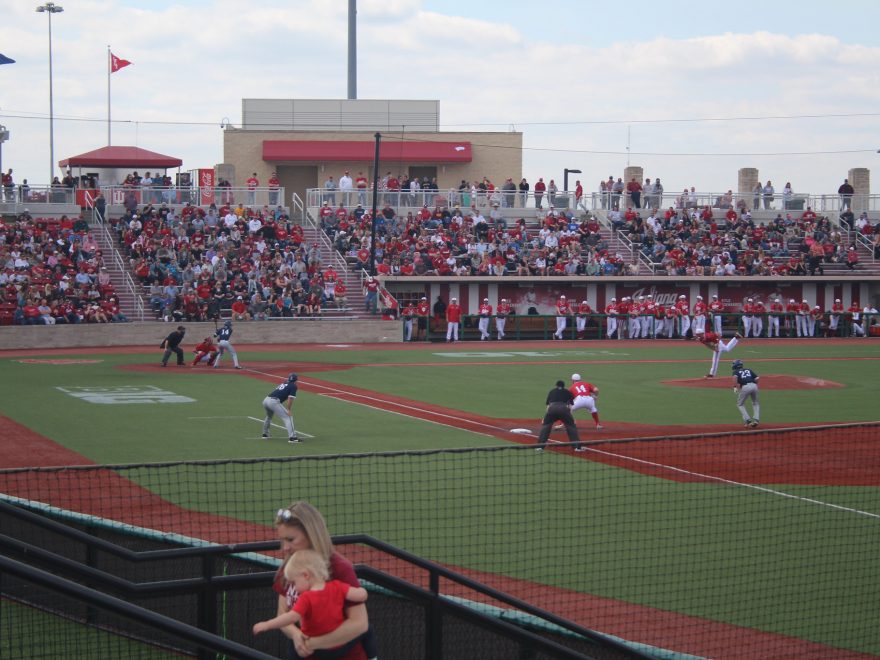 Indiana Baseball’s 8-7 loss yesterday to Illinois State was disappointing. As a contributor to this website and the companion podcast, I was very much hoping for a Hoosier win on Friday, but that didn’t happen. I have paid attention to local and social media and have seen a ton of negativity since the loss. I get the frustration, but I’m also seeing a lot of misconceptions and some flat-out inaccurate statements. I’m going to address these one by one. These are my personal opinions only.

Let’s compare the teams: Illinois State was co-champ of the Missouri Valley Conference, the #6 RPI conference in the nation. The three teams from the MVC in the NCAA Tournament (along with Dallas Baptist and Indiana State) all recorded wins on Friday. Indiana was the regular season champ of the Big Ten, the #7 RPI conference which went 2-3 on Friday. Illinois State itself had a better RPI than Indiana heading into the tournament. Indiana got a 2-seed distinction largely on the NCAA Committee propping up the Hoosiers as a Power-5 program with solid recent history. The point is the seeding is close. My computer model also had Illinois State as a 2-seed ranked ahead of Indiana. If this were like basketball seeding it would have been an 8-9 matchup and you rarely hear a 9 beating an 8 being called an “upset”.

Furthermore, in baseball you need to look at the pitching matchups. Illinois State, like a lot of college baseball teams, relies on one stellar Friday starting pitcher. Brent Headrick is also the worst type of of matchup for the Hoosiers. He’s a left-hander who throws a lot of different pitches for strikes. Indiana has a primarily left-handed dominant lineup and really good lefties have made the Hoosiers look bad most of the season. The Redbirds were 6-2 on Fridays in MVC play, while the Hoosiers were 4-4 on Fridays in B1G play. Fridays are a nut the Hoosiers have struggled to crack, but then go onto be 13-3 the rest of the weekend. Given the Friday disparity I was not confident in the Hoosiers on Friday and no way do I call it an upset.

Misconception #2: Andrew Saalfrank was Big Ten Pitcher of the Year and it was a travesty to not pitch him first

Saalfrank has had an amazing 2019 season. His Big Ten season was good enough to earn him Big Ten Pitcher of the Year. It was not, however, a runaway. There was a list of about 5 guys who could have won that award without much complaint. Saalfrank also has had the luxury of pitching on Sundays when the Hoosiers have often given him a big lead which allows him to attack hitters. Don’t get me wrong, Saalfrank has executed very well, but he doesn’t have the innings that either Pauly Milto or Tanner Gordon have pitched so the sample size is smaller. Gordon has been a rock most of the year. Milto has been able to be successful and pitch his way out of jams for years. Milto had a quality start in the loss against Iowa just last week and Milto has now pitched in three separate regionals. I’m not saying the decision to go with Milto was the right one in hindsight, but there are a lot of reasons why I was perfectly fine with it before the game. Milto is wildly successful for his whole career and a senior leader on this team.

This team strike outs a lot. I cannot deny that. What I’m seeing and coach Mercer has described is a hitting approach that sacrifices potential strikeouts to get hits that produce runs. The other aspect of that is running up starting pitchers’ pitch counts to force excessive bullpen use. This also goes hand-in-hand with late weekend success. As it turns out that strategy directly lead to the Hoosiers scoring 7 runs which is usually more than sufficient to win Friday games. Lloyd was patient and drew a walk. Eli Dunham found a pitch to hit and got a home run. Headrick’s 14 strikeouts had him at 100 pitches through 6 innings and as a result he was pulled early in the game. The Hoosiers immediately put up 5 runs on the Redbird bullpen. The Hoosiers’ offensive strategy produced seven runs. I say that was a success.

Misconception #4: This Team is Too Reliant on the Home Run

One of Jeff Mercer’s favorite phrases is “head high line drives.” I was at the Michigan series when this Hoosier team actually hit a Friday guy hard. The wind was blowing in and it was cold, but the Hoosiers still scored 10 runs without a single long ball. There were line drives after line drives that went into gaps. On different days they might have carried out, but when they come in succession, gappers can lead to as many runs. This team does not need long balls to win most games. I know that it helps, and when the conditions are right those line drives carry out like Dunham’s did on Friday. For the most part, they are not swinging for the fences, they are swinging for the gaps, and it has produced a lot of home runs over the year.

One more thing:  the Hoosiers have hit a majority of their home runs away from Bart Kaufman Field to correct a flat out untruth that has made the rounds on social media recently.