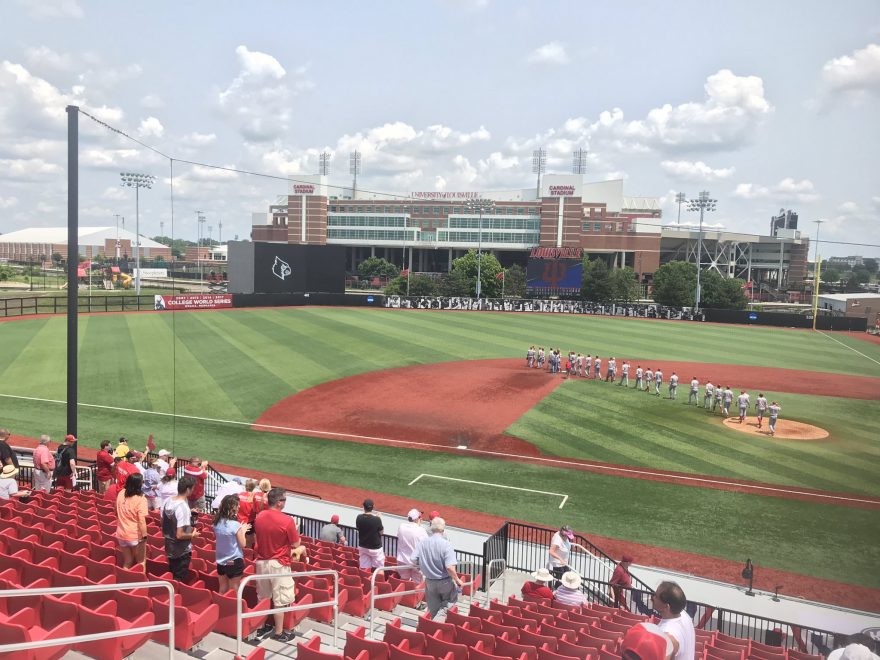 The Hoosiers survived an unusually shaky start from Big Ten Pitcher of the Year Andrew Saalfrank and a late poor relief outing from Grant Sloan by going yard four times and advancing in the loser’s bracket of the Louisville Regional, eliminating Illinois-Chicago by a score of 9-5.

The Hoosiers started the game off with a very different line-up than what we’ve been used to. Matt Gorski was out after hurting his glove wrist on Friday on a diving play in center field. Drew Ashley was shifted to the outfield and Cade Bunnell started at second. Jeremy Houston who had a key hit on Friday got the start at shortstop. The first inning saw the Hoosiers put the ball in play each at-bat for three quick outs.

Illinois-Chicago jumped off to an early lead on four hits in the bottom of first inning including a two-run home run off of starter Andrew Saalfrank who did not seem to be fooling anybody, but did finally limit the damage. The Hoosiers punched back with professional at-bats in the second inning scoring 2 runs off of a Grant Richardson RBI double to the right-center gap. Richardson would later come in to score off of a “Little League play” double steal attempt.

Hoosiers loaded the bases with one out in the third running Flames starting pitcher Joey Fredrickson, but stranded them there. Flames managed to tie it up on a double in the bottom of third. Houston struck back in the top of the fourth with an RBI double of his own to put the Hoosiers up 4-3.

Saalfrank got into trouble in the fourth as well and Jeff Mercer went to the bullpen. Gabe Bierman came in and finished the inning with no damage maintaining the Hoosier lead. Bierman got into another jam in the fifth, but again pitched his way out with no further damage. 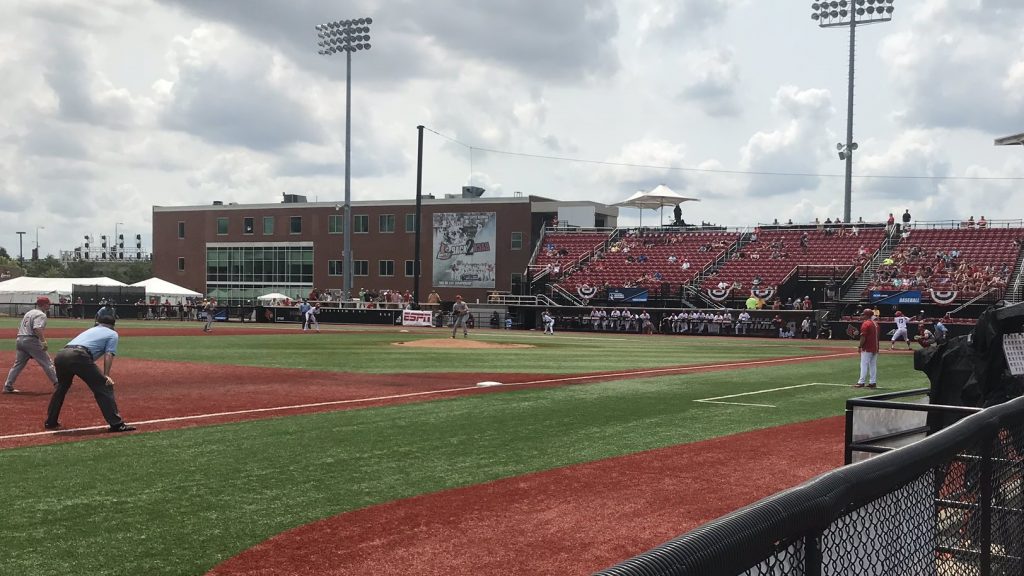 Before the 6th inning of this second game, Matt Lloyd had been hitless in the regional. He remedied that with a three-run home run to put the Hoosiers up 7-3. Bierman followed that up with an easy 1-2-3 inning including a great play at short by Houston. Then in the top of the 7th, Cole Barr adds a solo shot to take a five run lead into the stretch. The bottom of the seventh was not quite as easy for Bierman. A hit by pitch and an infield single put a runner in scoring position before Bierman gets a strike out to end the inning.

In the top of the 8th a Drew Ashley home run to center was almost robbed by a fantastic play by UIC centerfielder Derrick Patrick, but bounced out of Patrick’s glove and over the fence to give the Hoosiers back the national lead in home runs at 94 on the season (Awaiting Arizona State’s game later today). The Hoosiers handed the ball to Grant Sloan with a 6 run lead, but he loaded the bases with one out and then a hit a batter to cut the lead to 9-4. Tommy Sommer was called in to limit the damage. He struck out the next batter and then walked in another run to cut the lead to four bringing up the tying run. The next three pitches were strikes and Hoosiers held onto the lead.

In bottom of the ninth, an extreme outfield shift turned a routine fly ball into a UIC triple, but Tommy Sommer still shut the door to give the Hoosiers a must needed post-season victory. Gabe Bierman was credited with the win. Indiana faces the loser of today’s Louisville/Illinois State game Sunday at 12:00pm. The Hoosiers will need to win two games Sunday and one more on Monday to make it to next week’s Super Regional.