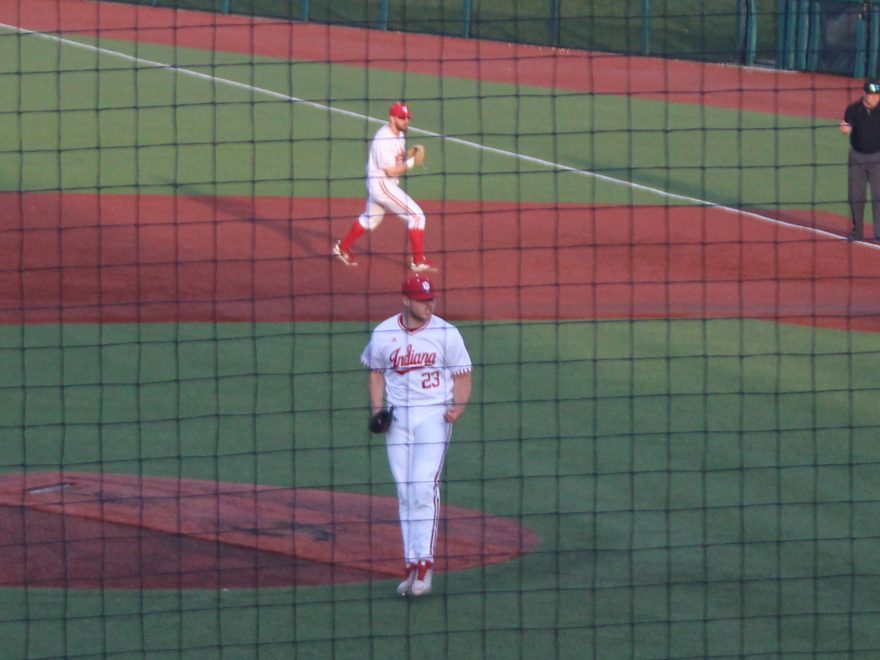 The month of July saw Cade Bunnell earn his second promotion from the Advanced A Rome Braves to the Double A Mississippi. During both promotions, Bunnell showed he fit right in at the next level. With Mississippi in July, Bunnell hit .417 with 2 home runs, 2 doubles, a triple, scoring 8 runs.

In what might have been the best hitting performance of Cade’s professional career to this point, he went 3-for-5 coming just a single shy of the cycle. Bunnell also had two games for Mississippi where he earned 4 walks, one of those game he reached base 5 times. While at the AA level this month, Cade Bunnell was next to impossible to keep off the bases. Despite such an outstanding performance with Mississippi, Cade returned to Rome when the Braves promoted their top infield prospect. As a member of the Rome Braves, Cade has anchored their infield all season. Not only has he committed just 1 error the entire season, he has done so while playing every infield position. Bunnell and his ability to do anything Braves player development has ask him to do has gone a long way in establishing himself as a leader for other Braves minor leaguers.

Andrew Saalfrank was the 2019 B1G Pitcher of the Year for the Hoosiers, now he is climbing the ranks of the Arizona Diamondbacks’ minor league system as one of their top bullpen arms.

July saw Saalfrank become one of the top middle relievers in the Northwest League. In 7 appearances he surrendered just 3 earned runs. Saalfrank was difficult to simply reach base against, he allowed just 5 hits in 12 innings while pitching to a WHIP of 0.83 and batters hit just .125 off him for the month.

Andrew’s consistency and performance this season earned him a promotion to the Texas League and the Diamondback’s AA affiliate, the Amarillo Sod Poodles.

The MLB Draft was held July 17th – 19th and three Hoosier had their name called in the 20 round draft:

All three players signed and should be getting used to the daily routines of professional players in their respective organizations. Perkins is scheduled to throw an inning in the Arizona Complex League this weekend and could be heading to either Stockton (A) or Lansing (A+) following his debut.