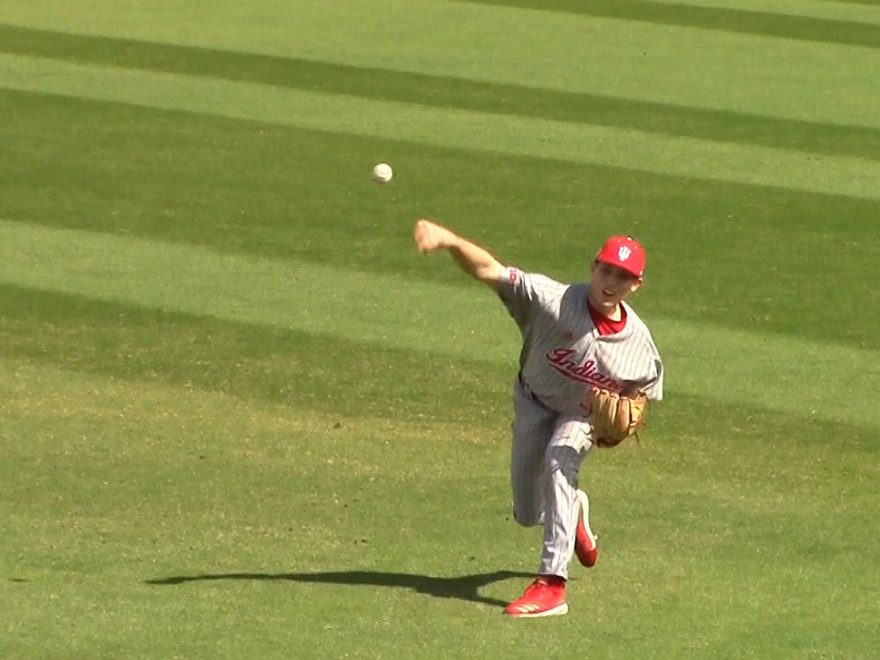 Following the All Star break and with just 3 game mini-series last week, “Hoosier Alumni Series Stars” is back just in time to highlight some impressive performances from our Hoosier alumni chasing their professional baseball dreams.

In mid-June, Grant Richardson went on a run which saw him put up what could best be called “video game numbers”. He slashed (AVG/SLG/OBP) .667/1.267/1.973 for that series against the St Lucie Mets. There must be something about the Yankees-Mets rivalry which gets Richardson going because he victimized the Mets’ High A Brooklyn Cyclones for even more outlandish numbers. Grant’s slash line saw him hit .538, slug 1.385, and hit for a mind boggling 2.010 OPS.

This week Gabe Bierman completed his longest outing of his professional career when he went 7 innings, allowing 0 earned runs and just 3 hits while striking out 8. Bierman has been trending up throughout July. In his other outings this month, Bierman has extended the depth of each of his appearances. In doing so, Gabe has become much more economical with his pitches in cutting almost a pitch per batter faced than the previous month.