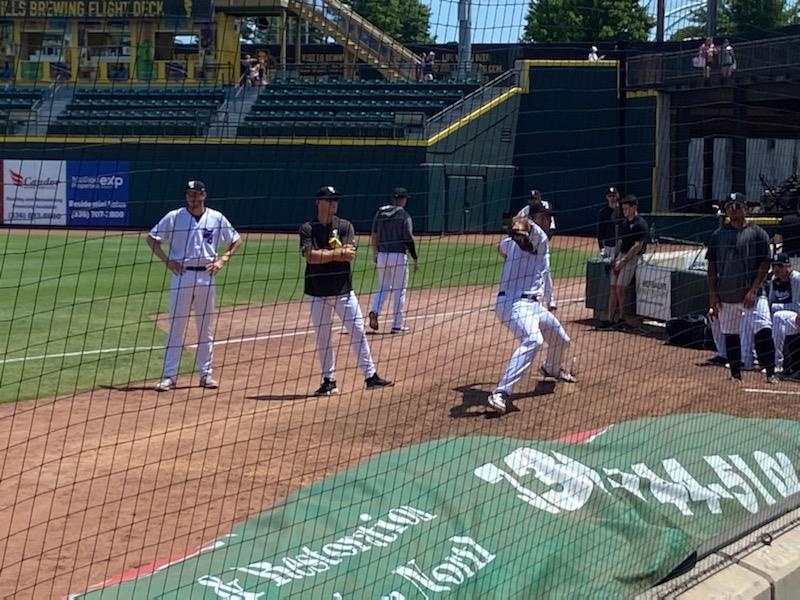 Cade Bunnell carried a strong July performance into an even stronger start to August. Last week against the Greenville Drive, Bunnell hit .467 (7-for-24) while getting on base at a .667 clip. Cade was on base each game of the series and has a current 10 game on-base streak going. During last week’s six game series, Bunnell was on base 16 times in 24 plate appearences. Cade also drove in 4 runs while scoring 5 of his own.

It’s difficult to pick just one game which stood out as a highlight game. Bunnell had a 2-for-2 opening game of the series, was 2-for-3 on Friday, and capped the series going 1-for-3 with a long opposite field home run.

Bunnell has spent time going between Rome (A+) and Mississippi (AA) and each time has more than held his own at the Double-A level. Cade is setting himself up as a viable option for an end of the season minor league playoff call up if Mississippi needs some help.

Tommy Sommer got the call from A to Advanced A following the All-Star break and he did not seem fazed by the challenge. While Sommer’s strikeout numbers did take a bit of a dip upon his call up, this last start seemed to be a bit of a turning point as Tommy gets used to pitching at the next level.

In his latest outing on the road against the Brooklyn Cyclones, Sommer looked as if he had been pitching at the Advanced A classification all season long. Tommy retired the first 10 batters he faced and went the first 4.1 innings before giving up his first hit. Sommer surrendered up just 3 hits, 1 earned run while striking out 6 and walking 2.