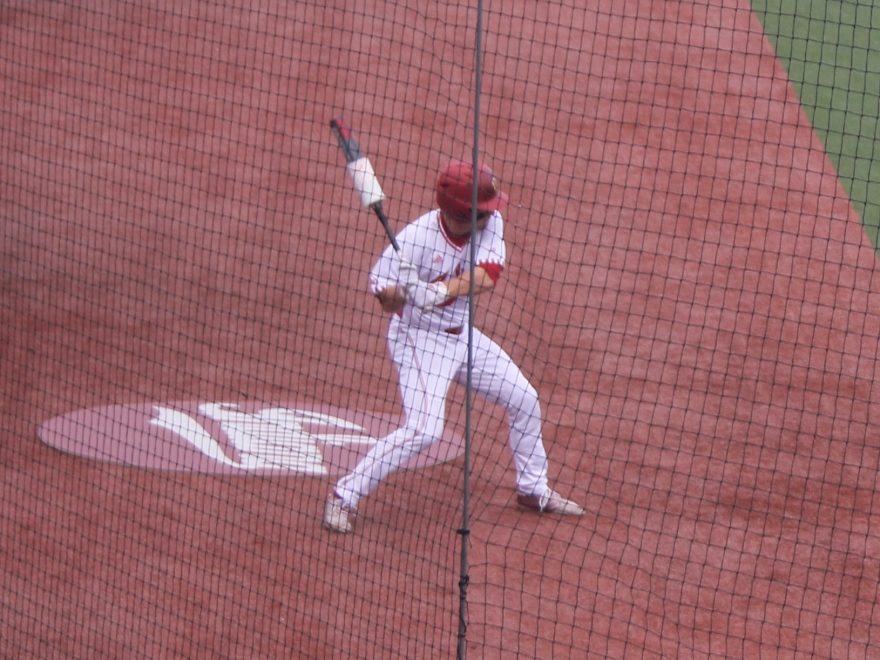 Ashley gets his fifth straight multi-hit game, 38th on base, and extends his hitting streak to 13 as Hoosiers cruise to a victory

Drew Ashley worked an impressive full count walk to start the game by extending his on base streak to a ridiculous 38 games. Cole Barr doubled and Paul Toetz had an RBI groundout to get the Hoosiers on the scoreboard first. 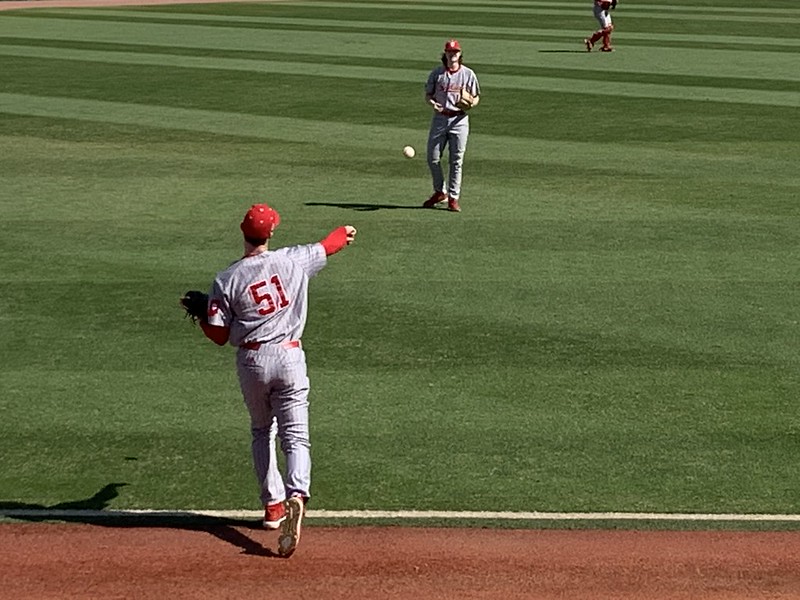 Indiana’s top MLB Draft prospect, right handed pitcher McCade Brown was coming off a loss in the Purdue series as he started the Saturday game against Michigan State. He struggled with command walking the lead-off man in each of the first two innings. He loaded the bases in the second inning but managed to get out of trouble when Jordan Fucci executed an unassisted double play on a liner to end the inning with no runs.

The Hoosiers produced their third 4-run inning of the weekend in the top of third. Ashley lead off, working another 3-2 count but this time hitting a shot over the left field fence. The next two batters struck out. Toetz then doubled and Kip Fougerousse walked setting up a Fucci 3-run bomb.

With a 4-run lead to support him, Brown looked like himself again striking out all three batters he faced in the third. He faced a couple of base runners with two outs in the fifth, but got the final out via contact to have only given up the one earned run in five innings. Brown finished with four walks and 7 strikeouts in line for the victory.

John Modugno was handed the ball in the sixth and produced a 1-2-3 inning. The Hoosiers then added to the cushion with three runs in the top of the sixth. This included the second hits of the day from Toetz and Ashley. Ashley extended his multi-hit game streak to five. Modungo went 1-2-3 again in the seventh. 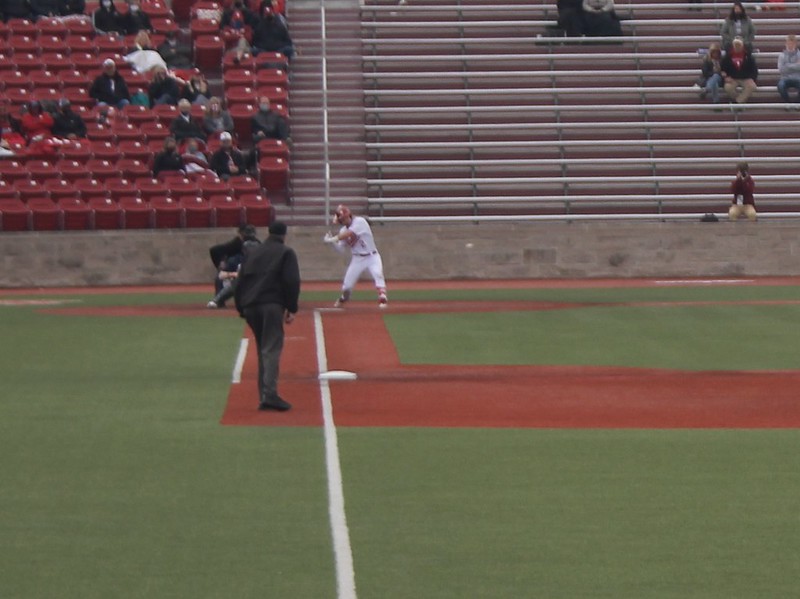 Barr extended the lead to nine with a two RBI double in the eighth. Braydon Tucker surrender an unearned run in the bottom of the eighth. Tucker gave up three quick hits and two runs in the ninth. Braden Scott was needed to shut the door and secure the 10-4 victory.

The Hoosiers did have some concerns. 16 of Indiana’s 27 outs were by strikeout and there were 3 three fielding errors which directly lead to at least two runs.

The win brings Indiana to 11-2 on the season keeping the Hoosiers in first place in the Big Ten standings, a game and a half ahead of Michigan who clobbered Penn State in the first game of a doubleheader earlier in the day.