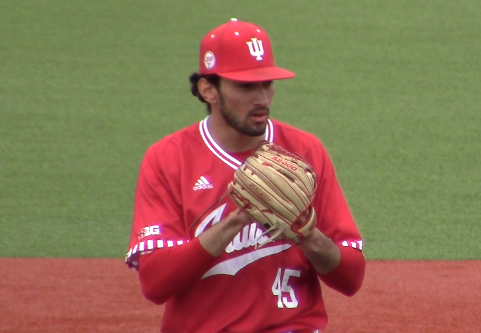 Indiana bats get to reigning B1G pitcher of the week Leffrig for a decisive 7-1 win. Modugno with scoreless start.

There is no arguing that the Minnesota Golden Gophers are at present the worst team in the Big Ten (B1G). Collectively the pitching staff has been awful and only three hitters seem to be doing much of anything. Going into the later half of Friday’s double header the Gophers had a 4-21 record. 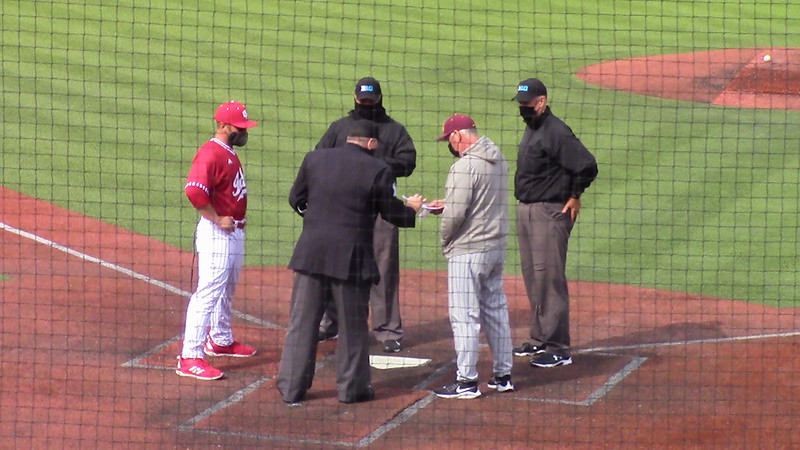 All that being said, there were a few things that would make this game seem more competitive on paper. The first is Minnesota was starting Jack Liffrig. Liffrig was coming off of a B1G Pitcher of Week recognition for a 7.0 inning, 2 hit, 8 strikeout (but no decision) performance against #23 Michigan. Liffrig is a lefty which had been something that Indiana Coach Jeff Mercer had said was a match-up problem for the Hoosiers earlier in the season. 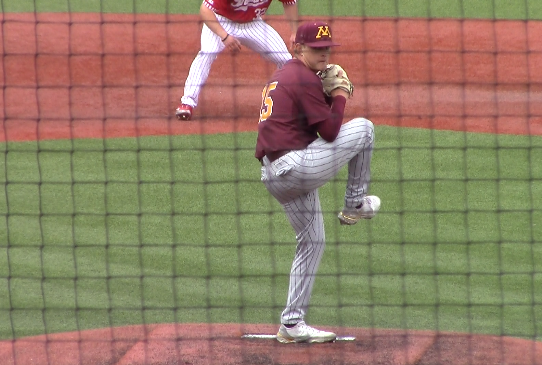 The Hoosiers were going with a bullpen game of sorts, starting John Modugno in his first start of the season. As Mecer explained, “It was just because of the short work week for McCade [Brown]. We didn’t want to throw him on one less day of rest and we had confidence in John and the bullpen to be able to manage it.” The double header was set due to pending rain in Bloomington Saturday and a desire to not match what happened in the Illinois series two weeks ago where the Sunday game was indefinitely postponed.

So with Indiana throwing all bullpen against the B1G Pitcher of Week, the match-up could have been more interesting than the teams’ comparative records might have suggested. It turns out Indiana was up to the task on both sides of the ball. 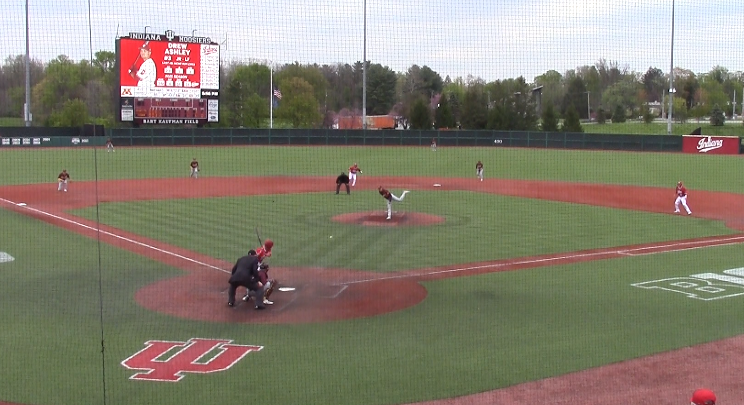 While Liffrig faced the minimum through two innings thanks in part to a double play in the first, the Hoosiers broke through in the third inning. Collin Hopkins doubled with one out. Tank Espalin worked another full count walk (I seem to type that sentence a lot). Then Drew Ashley hit the scoreboard with a no doubt shot off an 0-1 pitch. Mercer recalled, “Drew homers on a breaking ball. We were able to some balls hard off of the breaking ball.” Ashley explained that, “the breaking pitch just really speeds up the bat,” and that he takes a similar approach as a fastball but the ball gets elevated to his pull side. The Hoosiers were up 3-0. 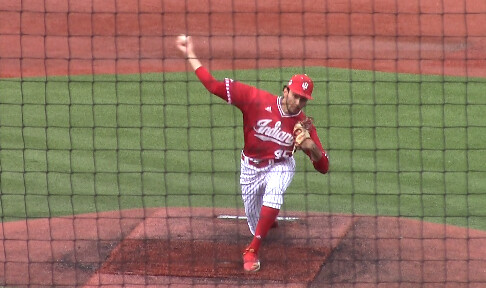 Modugno was solid, scattering 3 hits across the first four innings, giving up no runs. The Hoosier bats put up another crooked number in the bottom of the fourth. Tyler Van Pelt hit a RBI double to score Cole Barr who had reached by a walk. Morgan Colopy drove in Van Pelt with another double. Hopkins moved Colopy over to third with a single, and Espalin drove him in with a ground ball to put the Hoosiers up 6-0. 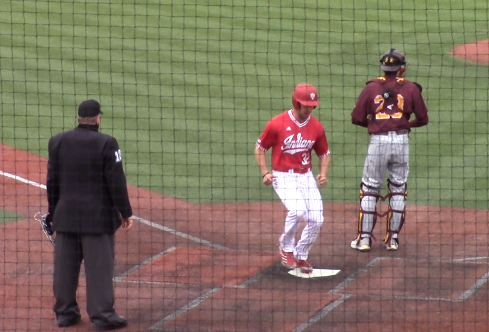 Modugno walked two Gophers in the fifth. He got two out via a double play. 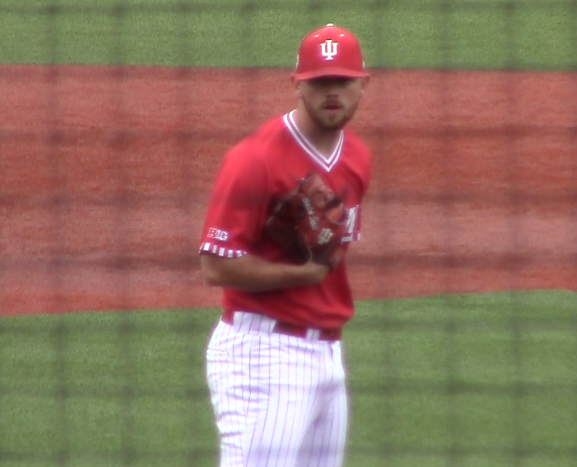 The Hoosiers played it safe and handed the ball to senior lefty Braden Scott who took only one pitch to get lead-off hitter and lefty Brett Bateman who tried to bunt his way on. Scott fielded the bunt and threw to first to end the inning. Despite only throwing the one pitch, Scott would be awarded the victory as Modugno was one out short of qualifying for it as the starter. 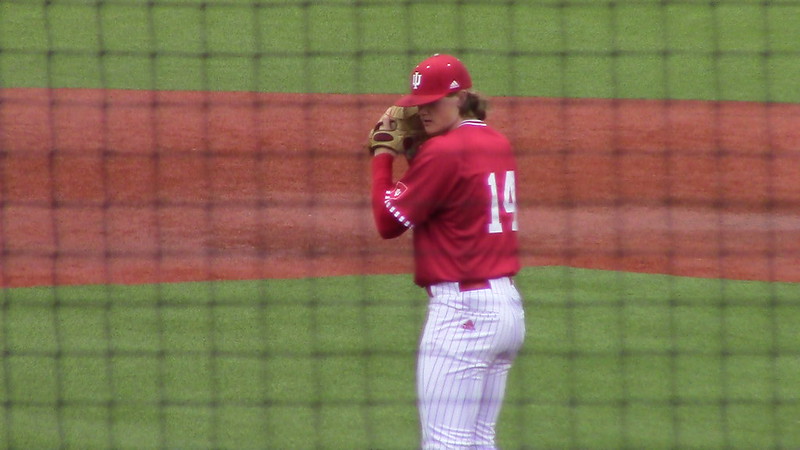 Nathan Stahl took over in the sixth and gave up a lead off solo home run to the hot Easton Bertrand. Stahl retired the next four he faced before giving up a pair of singled in the top of the seventh. Stahl got out of that jam via a double play. 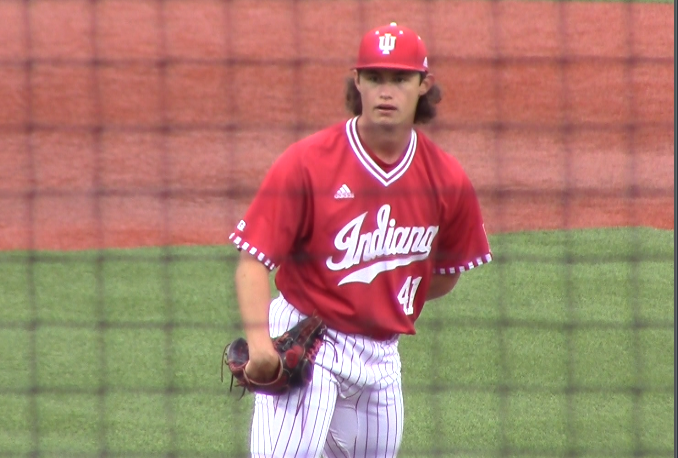 Ty Bothwell had the eighth inning. Bothwell surrendered a two-out walk on four pitches to Zack Raabe, but stranded him by striking out Ronald Sweeny.

Indiana scored once more when Hopkins got his third hit of the game, an RBI double that scored Colopy. 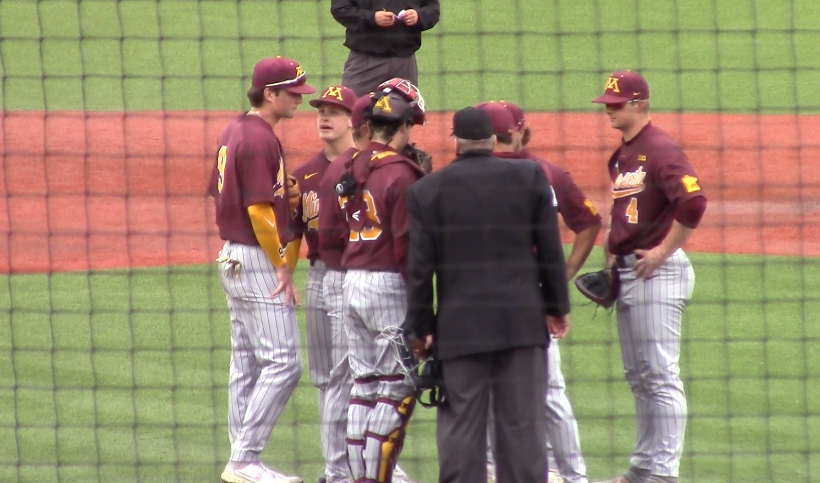 With a day off before the series finale on Sunday, Mercer and pitching coach Justin Parker chose to get Matt Litwicki some more work and had him close the game. Litwicki hit 98 mph on the radar gun striking out two. Andrew Wilhite did make good contact on a ground rule double, but Litwicki closed out the 7-1 victory by inducing a groundout.

Litwicki making it look easy again so far topping out at 98mph 🔥🔥 pic.twitter.com/lDAXbKG8cY

The win keeps Indiana in third place in the B1G standings, 2 games back of league leading Nebraska and 1.5 games ahead of fourth place Iowa. The finale of the series with Minnesota is slated for 11am on Sunday.