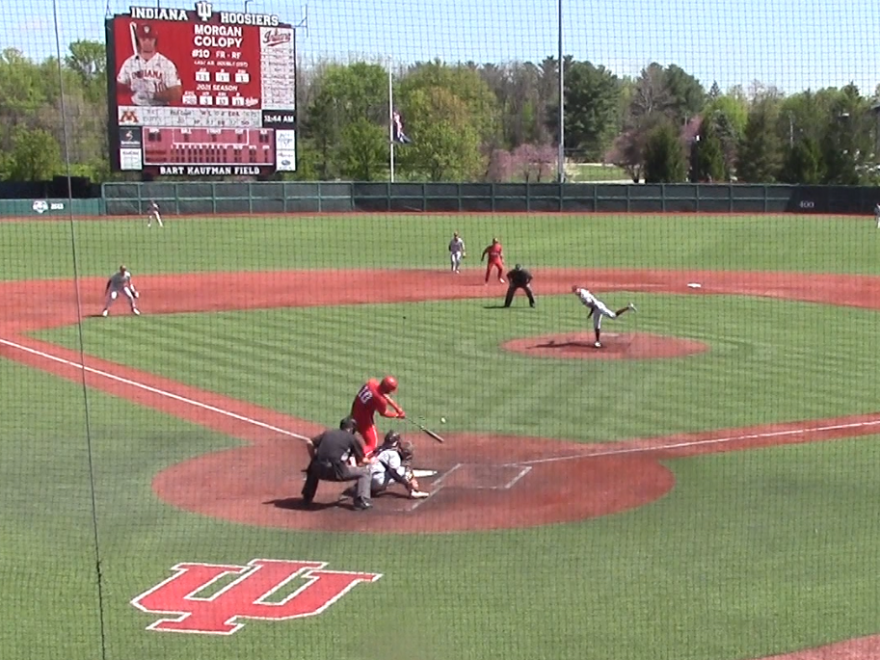 Hoosiers score early and often. Gophers had no answers.

Indiana batted around again in the second inning. By the top of the third Indiana was up 13-0. Minnesota’s only multi-inning effective pitcher of the day, lefty Tom Skoro, kept Indiana off the board for three innings until the 6th inning when he gave up five more runs. Indiana went on to score another 5 in the seventh and won the game 23-1. 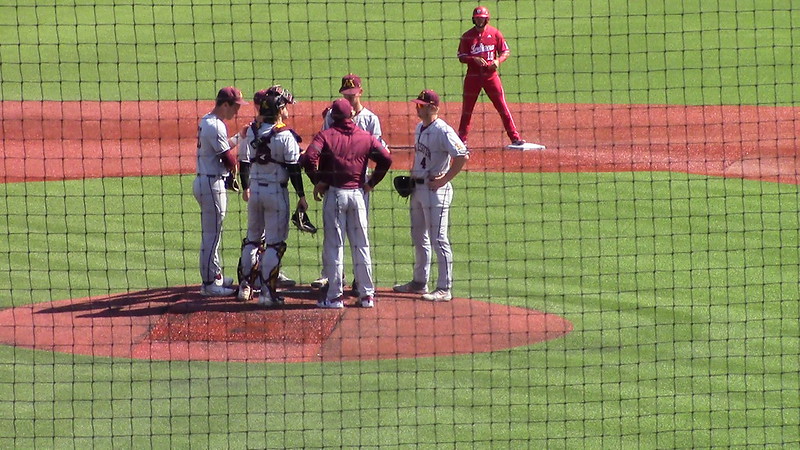 The story of the game was Indiana’s patience at the plate. In eight innings Indiana saw 236 pitches. Of those 115 were taken for balls. Indiana looked at an average of over 14 balls each inning. Talking after the game about practice this week, freshman outfielder Morgan Colopy said, “We worked a lot on pitch recognition this week.” 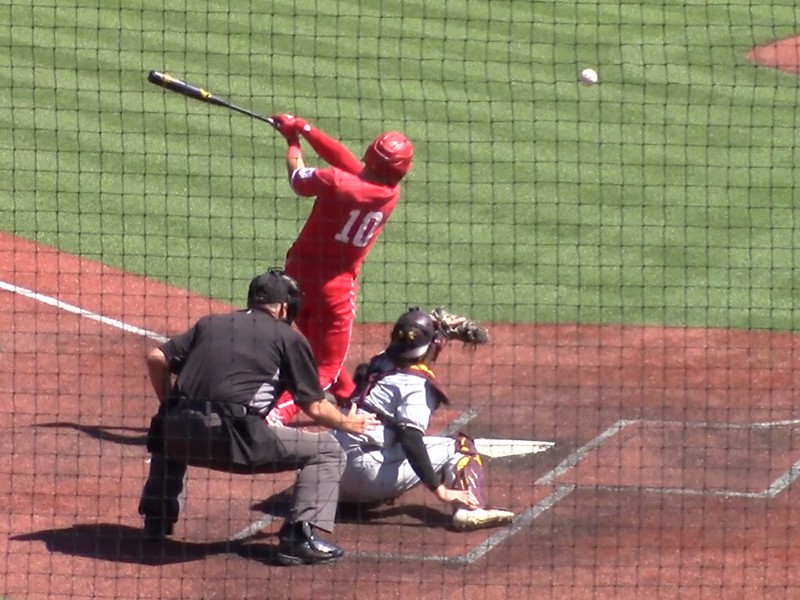 Coach Jeff Mercer added, “We have to be able to hit fastballs consistently in the middle of the plate. Once you do that, teams are going going to primarily work to off-speed.” As the percentage of off-speed increased, some hitters struggled, and the team needed to diagnose what was happening and try to fix it. The Hoosiers walked 11 times and were hit by four Gopher pitches to earn free bases. 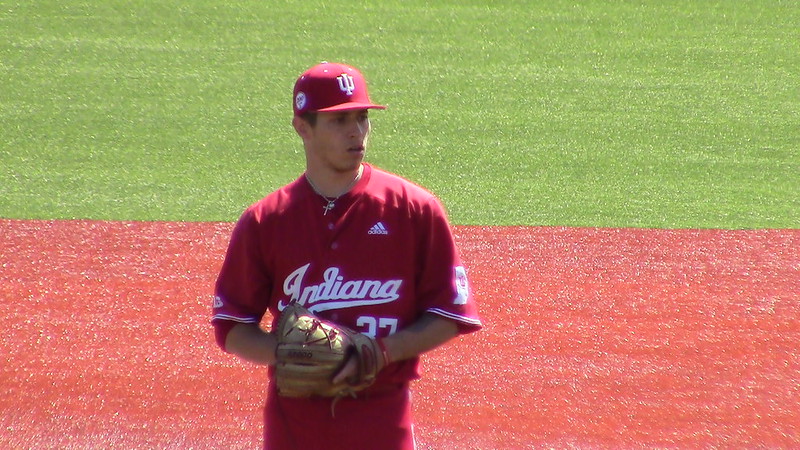 Gabe Bierman earned the win on the mound. While it didn’t require a great pitching effort, Bierman provided one anyway. He had a six inning quality start, surrendering only one run (earned), five hits, a lone walk, while striking out 11. After the game Bierman said, “I was just pitching off my fastball. I had struggled locating the fastball lately… located the fastball early and let the other stuff work.” 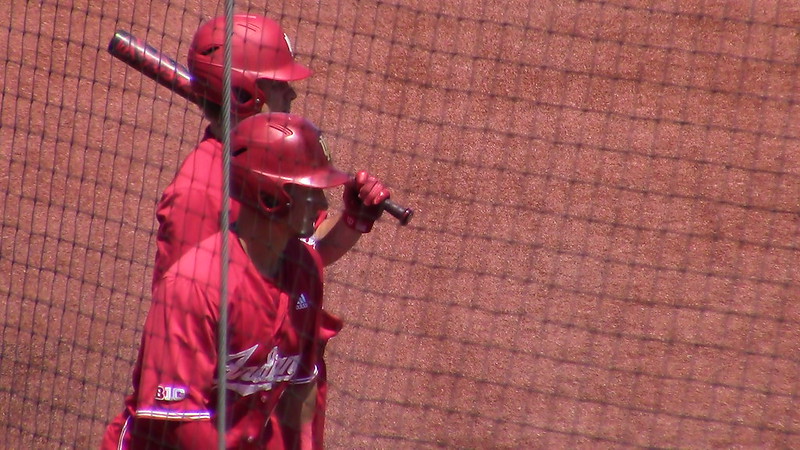 Ashley, Colopy, and catcher Collin Hopkins each got on base four times. Colopy, Hopkins, and Cole Barr all got three hits on the day. All three of Hopkins hits were doubles, adding to the two he hit in the prior game, making five doubles for the season, tripling his hit total for the season in the past two games. Colopy and Grant Richardson each had three-run homers. Colopy also lead the team with five RBIs on the day. 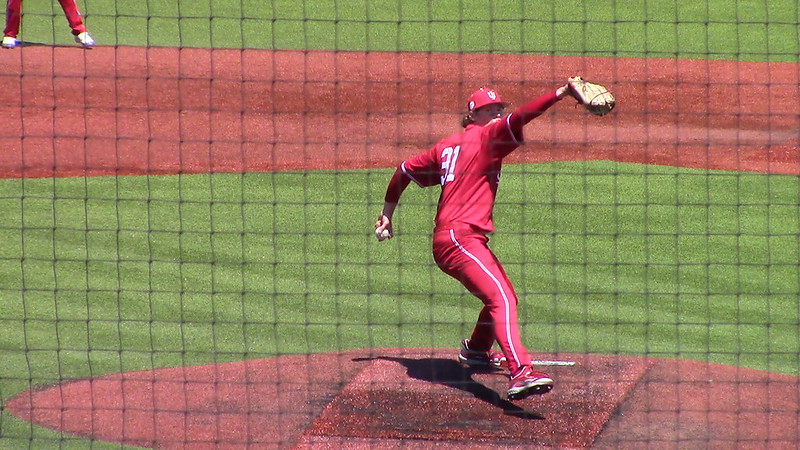 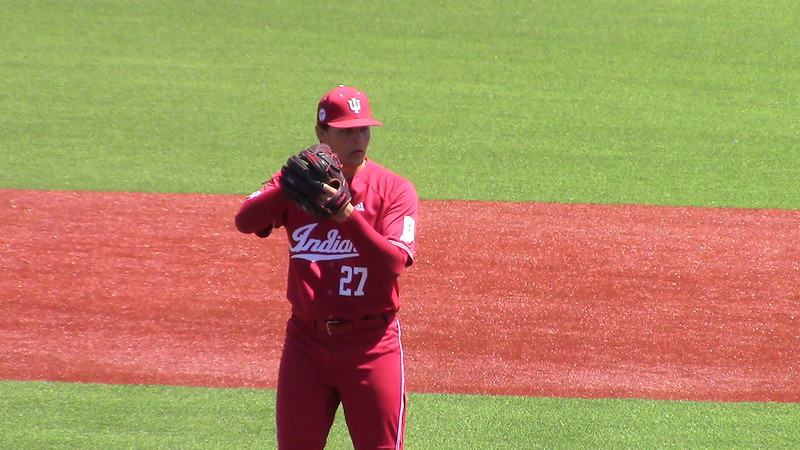 This series sweep along with Rutgers taking a series at Michigan moved Indiana into second place in the Big Ten (B1G) by win percentage over Michigan. Both teams trail league leader Nebraska by 1.5 games.

Indiana hosts fourth place Iowa next weekend for a three game series at Bart Kaufman Field. Iowa is currently two games behind Indiana and Michigan but still have one more game Monday to conclude their home “pod” against Northwestern.