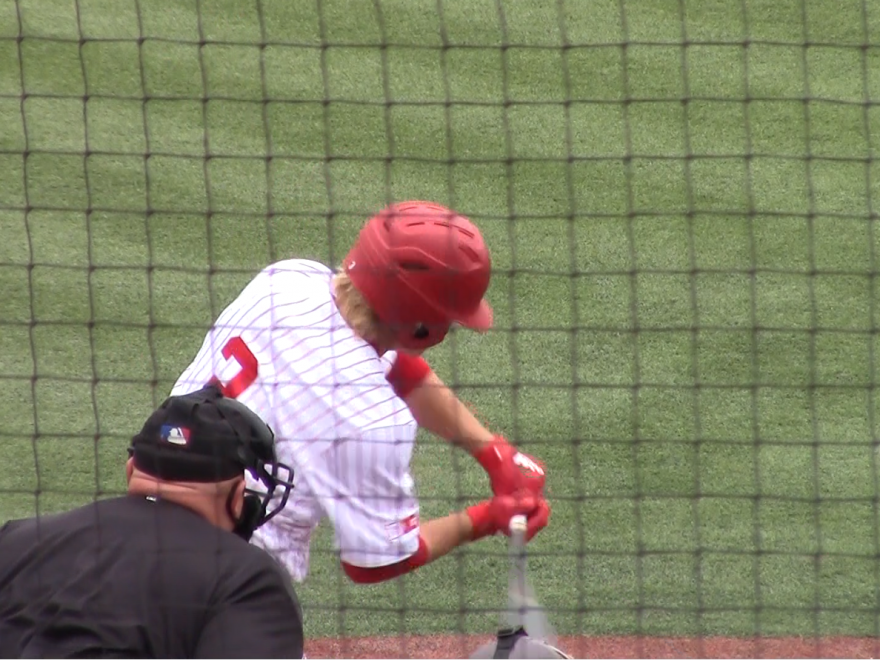 Hoosiers get to Gopher starter early, Sommer with quality start and victory.

Indiana threatened Minnesota’s J.P. Massey right from the beginning. Massey was wild and loaded the bases with two outs in the first but got out of it with a strikeout. Massey’s curveball was tough to hit, but also lead to a lot of walks. Indiana had base runners on third base in each the first three innings. Minnesota pitching combined to walk twelve Hoosiers in the game.

The Hoosiers capitalized in the third inning. Kip Fougerousse managed to slap one of those into right field for a single. Then Drew Ashley then had a swinging bunt single that drove in the first run of the game in the bottom of the second. Grant Richardson followed that up with two RBI double with two outs to put the Hoosiers up 3-0. Massey had thrown 55 pitches to that point, 28 more than his Indiana counterpart Tommy Sommer had thrown while keeping the Golden Gophers off of the score.

Sommer was also struggling with command walking batters in the both the second and third innings. Aggressive base running by the Gophers put men into scoring position against Sommer in both innings. With first base open and one out in the third inning Indiana issued its first intentional walk of the season to .400 hitter Raabe. Zach Elliot failed to get the bunt over and Sommer got him to extend the zone for a strikeout. He then struckout Stanke to end the threat.

Minnesota’s Ronald Sweeny hit a two-run bomb to center in the top of the fourth to cut the Hoosier lead to a single run. Morgan Colopy got them back in the bottom of inning with a two RBI single to left field. That ended Masey’s day and brought in 2018 Big Ten Pitcher of the Year Patrick Fredrickson. A pick-off throw to right field and a wild pitch scored Colopy from first to make it 6-2 Indiana after four inning.

Sommer faced another situation with a runner in scoring position in the fifth. He induced a groundout to end the inning on his 81st pitch of the day. Sommer had struck out nine Gophers in the first five innings.

Drew Ashley added two more with a two RBI double when he just missed a home run off of the center field fence in the bottom of the fifth inning. There was some debate whether it should have been ruled a home run as replays suggested it may have clipped the centerfield BTN plus video camera.

Minnesota’s hot hitter Easton Bertrand took Tommy Sommer’s 100th pitch over the left center field fence. That brought Grant Macciocchi in to make his first appearance as a Hoosier pitcher. He ended the inning with a pop up to right field caught by Fougerousse. Sommer’s line was 6.2 innings, 3 runs (all earned), 5 hits, and 10 strikeouts.

Macciocchi had a quick 1-2-3 inning in the eighth and pitched a scoreless ninth fielding the last play himself. Game 2 is set for 4:55pm EDT. Hoosiers won 9-3.