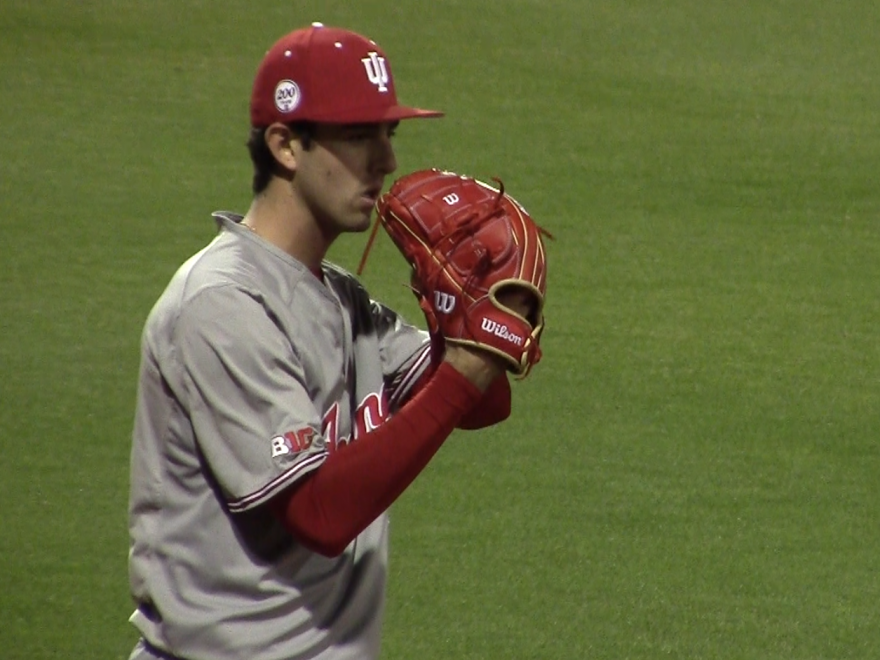 The Indiana University Baseball team needed a short memory of about 90 minutes after a disappointing opening game loss to Rutgers. The host Minnesota Gophers awaited an 8pm first pitch. A short memory was what Indiana indeed had as the Hoosiers flipped the script in a dominate nightcap 5-2 win.

The middle of the order that been held hit-less earlier in the day struck first with back-to-back doubles by Cole Barr and Jordan Fucci. The middle did it again in the third with a Richardson walk and Fucci drove in two more RBIs from a home run.

Tommy Sommer proved that his near complete game against High Point last year was not a fluke. Here in a crucial moment on a Friday night, Sommer was dealing. He did not give up a hit until a bunt single in the fifth inning by Easton Bertrand. Sommer immediately took care of Bertrand by picking him off. That may have saved a run as Chase Stanke followed that up with a double. Sommer escaped the threat with one of his ten strikeouts on the night. It only took Sommer 92 pitches to get through 8 innings giving up no runs on two hits and two walks.

The Hoosier hitters got 10 hits total on the day. Drew Ashley got an RBI single in the sixth and Hunter Jessee had solo blast to right field in the eighth. Ashley, Barr, Fucci, and Jacob Southern all had two hits in the game.

Braden Scott had a somewhat rough ninth inning giving up a two-run home run followed up by a first pitch double. After a mound visit from pitching coach Justin Parker, Scott settled in and struck out the last two Gophers to close out the Hoosier victory. This brings the Hoosiers to 1-1 on the year and in conference play. Indiana continues the “pod” series with a 9pm EST game against Rutgers Saturday night and conclude the series with a 7pm EST game against the Gophers on Sunday.