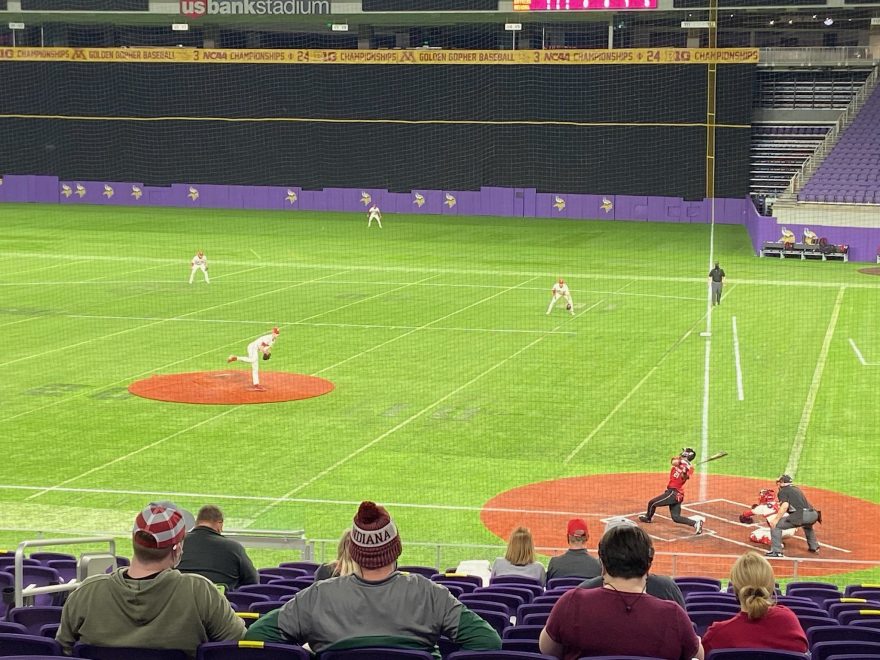 Indiana pitching holds Rutgers to 2 runs on 3 hits again, but this time plates enough to win.

One of the biggest question marks coming into opening weekend for Indiana University Baseball was if McCade Brown was able to put his highly touted pitch mix together into a solid start in a Big Ten (B1G) baseball game. High on MLB Draft boards and turning scouts’ heads for spin rates, the question was largely around the ability to locate those pitches in the strike zone. In 2020 Brown pitched a single inning in four different games, walking four and giving up six earned runs, though he did strike out nine. Coach Mercer has said that Brown has taken a big step forward and put him in this week’s starting rotation.

In the previous game of the “pod” format Rutgers put on a hitting display destroying Minnesota 16-1. After that, and given that the Scarlet Knights took care of the Hoosiers by beating staff ace Gabe Bierman the night before, Brown had a tough assignment on his hands.

Brown did not disappoint. 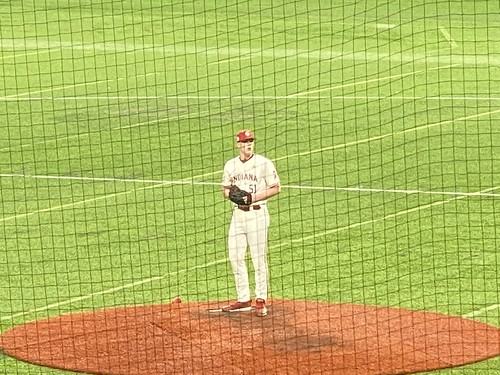 Brown was perfect in the first three innings. While we don’t have velocity numbers to report, Brown’s fastball seemed to get into catcher Jacob Southern’s glove in a hurry. The wicked spin on the curveball produced some downright unfair breaks. Brown did seem to locate some of his breaking pitches up in the zone, but the batters were too off-balanced by the fastball in and most cases didn’t even offer at those pitches.

On offense, the Hoosiers got first inning singles from the first three batters in the lineup which lead to Drew Ashley scoring on a bases-loaded walk to Hunter Jessee. Unfortunately, the Hoosiers left the bases loaded. A pair of solo shots by Grant Richardson and Morgan Colopy (his first collegiate hit) comprised half of Indiana’s scoring. The last run was scored by shortstop Grant Macciocchi on a wild pitch.

All told four runs were enough. Brown threw over 100 pitches in a 7-inning quality start, giving up only 3 hits, 1 earned run, striking out 12 and surrendering zero walks. Better than that, he rarely seemed to even get into three ball counts.

The Rutgers hitters welcomed a change in the eighth. Connor Manous got an out, but walked and hit a batter. Pitching Coach Justin Parker had the quick hook and went to lefty Braden Scott who hit the next batter to load the bases. Scott then retired the next batter on a sacrifice fly to bring the game within two. Parker made another quick change. Right-handed gas worked for seven innings, so he brought in Matt Litwicki who struck out two Scarlet Knights on the way to a 4-out save. 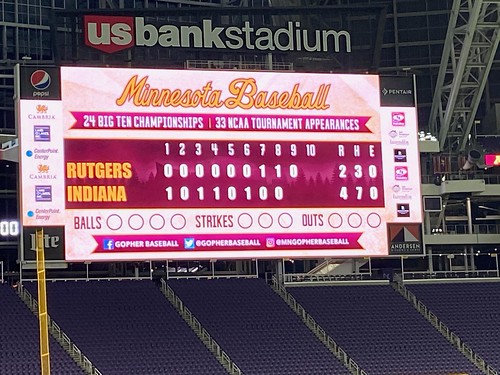 The win improved the Hoosier to 2-1 on the season and in the B1G. The “pod” series concludes 7pm on Sunday against host Minnesota.