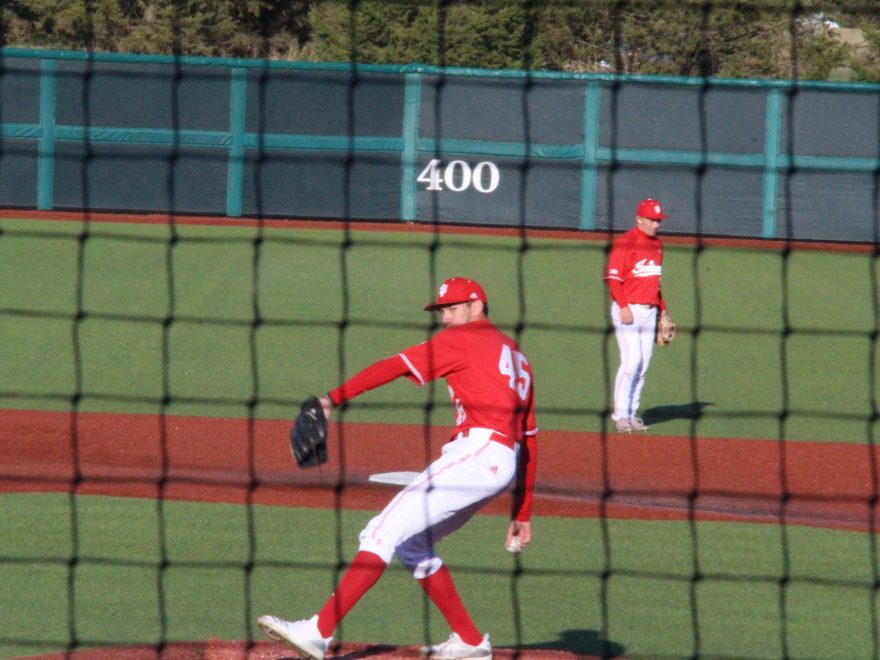 Baseball is back for the Indiana University Hoosiers and right into B1G league play. In a season where winning a league title is the only sure way to get to the post season, starting league play off with a loss to a Rutgers team not expected to be among the league contenders was not in the plans. Unfortunately, the specter of years past and cold Friday bats lead to just that happening in Minneapolis on Friday afternoon with Indiana falling 2-1.

On the mound, Hoosier ace Gabe Bierman struggled with command and gave up two runs on three hits and five walks in four innings of work. He did manage to work out of several jams with some defensive help to keep the game close.

True freshman left fielder Sam Murrison had a long RBI triple for the Hoosiers only run. Rutgers lefty Harry Rutowski held the IU 2 through 5 hitters to an 0-12 clip. He only gave up the one run in the first six innings. The Hoosier heart of the order went down 0-15 to finish the contest.

John Modugno in relief was electric in four innings of relief work facing the minimum and striking out four. The towering righty just breezed through the Rutgers lineup. As this is a four-game weekend the fact that only one bullpen arm was needed after a short start by Bierman sets the pitching staff up well to still be able to pull out a winning weekend.

It’s the Indiana Baseball’s key bats though that will need to wake up soon. And now they are facing another series opener, this time from Minnesota at 8pm tonight.