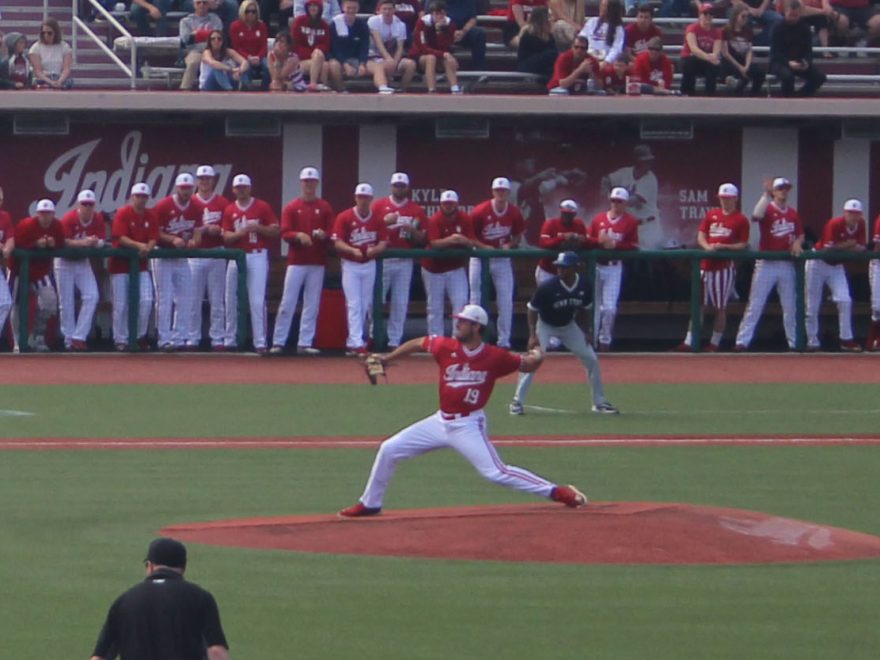 Any other week Cade Bunnell may have repeated as the Alumni Star of the Week, but this wasn’t just any other week. Not only did Kyle Schwarber launch 5 home runs to strengthen his hold on the National League home run lead with 28, he earned his second National League All-Star selection.

It wasn’t just Schwarber’s All-Star accolades that earned him the Alumni Position Player of the Week. Kyle sported a .318 average, slugged 1.000, and tallied an OPS of 1.440 while driving in 6 runs. In the absence of the injured Bryce Harper, Schwarber has stepped up as an offensive spark for the Phillies. He’s struck for 8 home runs, driving in 15, and scoring 11 runs of his own since Harper’s injury.

Schwarber was a first time All Star in 2021 but suffered a hamstring injury in the week prior to the All-Star Game and did not take part in last year’s game. While it was his first time selected to play, 2021 wasn’t Schwarber’s first All Star Game experience. 2018 saw Kyle as part of an epic showdown with now teammate Bryce Harper in the Home Run Derby which saw Schwarber advance to the finals where he would eventually fall to Harper in the finals on a final homerun in the closing seconds of the finals.  Schwarber hinted he would consider a return to the Home Run Derby if he was selected to play in the All Star Game. Now with one of the hurdles cleared, might we see Kyle Schwarber launching balls towards the San Gabriel Mountains?

Tommy Sommer has gotten to the point where he has just been flat out dominate at the Class A level. In his last outing Tommy didn’t have his typical 6+ strikeout game, but he limited the Carolina Mudcat hitters to just 1 hit over 6 innings while not surrendering a walk.

Sommer has not allowed an earned run in 3 of his last 5 starts and has only allowed 6 earned runs in his last 7 starts. It shouldn’t come as much surprise, but Sommer’s success has been paired with his ability to limit walks. During some early season control inconsistences, Sommer was walking 10% of the batters he faced, over his last 7 games he has been able to drop that rate to just 7%. With the All Star break approaching, might it be a good time to see a promotion to Advanced A, Winston-Salem?