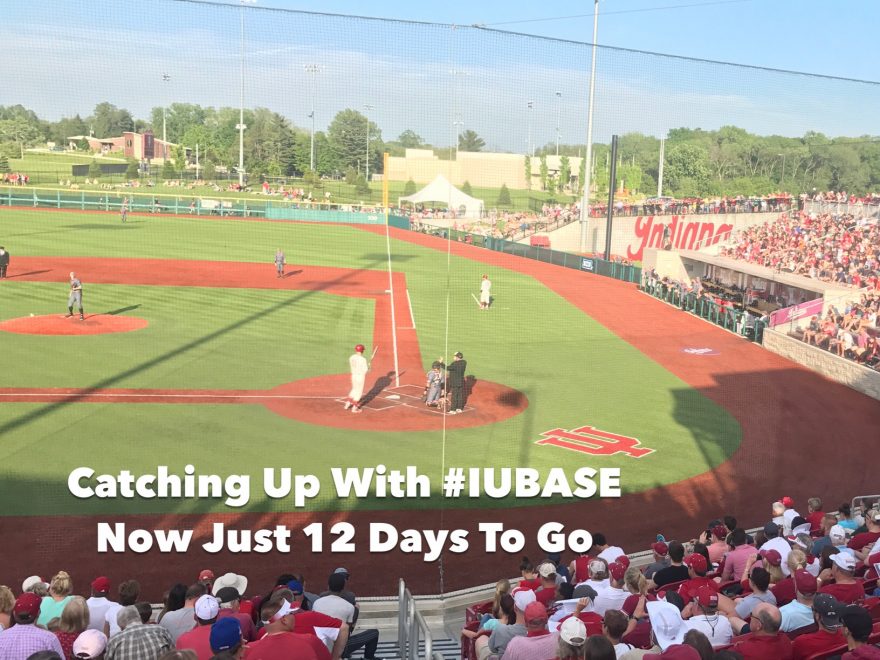 As always it was a very busy off season. Starting with the MLB Draft , we saw Craig Dedelow join the White Sox organization and Luke Miller pass on joining Minnesota after being a late draft pick by the Twins.

As the MLB Season went along we saw the major league debut of Aaron Slegers and what a debut it was . He left to a standing ovation that night and continued to pitch well between the Minors and Majors following that incredible first trip to a major league mound .

Kyle Schwarber was the lone IUBASE Alum to make a postseason roster and his Chicago Cubs beat Washington and advanced to the NLCS before being eliminated by the LA Dodgers.

Back in Bloomington , while the MLB playoffs were going on , Coach Lemonis was running his fourth Fall Ball season since arriving from Louisville.

This gave us our first look at the new protective netting that was installed at The Bart that now runs from dugout to dugout and protects all reserved and bleacher seats.

Throughout the Fall Ball season we got some nice first impressions from Logan Kaletha , Elijah Dunham , Justin Walker , Cole Barr and Tyler Van Pelt . We also saw Jonathan Stiever light up the radar gun more then we’ve been used to , Ryan Fineman do what we have been used to which was hitting the ball hard and picking people off on the bases and what appeared to be a new back of the bullpen role for Cal Krueger .

Just after Fall Ball the schedule was released and we learned that 2018 will have the most home games ever at The Bart since it opened in 2013 . Also it appears the back end of the schedule is gonna be a pretty wild ride.

Early November brought us National Letters of Intent being signed and a look at some Future Hoosiers to hit campus next fall .

In December it was announced that the players had voted Ryan Fineman and Pauly Milto our Captains for 2018 .

Also , Luke Miller had been voted a Third Team Preseason All American by Collegiate Baseball .

Just as finals week was concluding a final piece to The Bart was announced as well . A brand new video board will be added to the current scoreboard by the Home Opener on March 7th .

As we turned to January, out came Preseason National rankings from the several college baseball publications.  Hoosier Baseball has been ranked in most and has been seen anywhere from #17 to #23. The only B1G Ten Team seen in any of them. Expectations are high for The Team of the North.

January weather, for the most part, was kinder than expected. This has provided Hoosier Baseball with several outdoor practices. The players have definitely seen more of The Bart in the preseason than normal.

Now its February and the players made their annual trip to Assembly Hall for autograph signing last night. Always a reminder that Opening Day is so close.

Some questions do still remain. The back of the bullpen and the Sunday\Midweek starters. Second base and first base starters. The 2018 Freshman on the Roster.

A team with great depth has a lot of options. We’ll start to find out in 12 Days which way Coach Lemonis and the staff decide to fit the pieces of the puzzle.