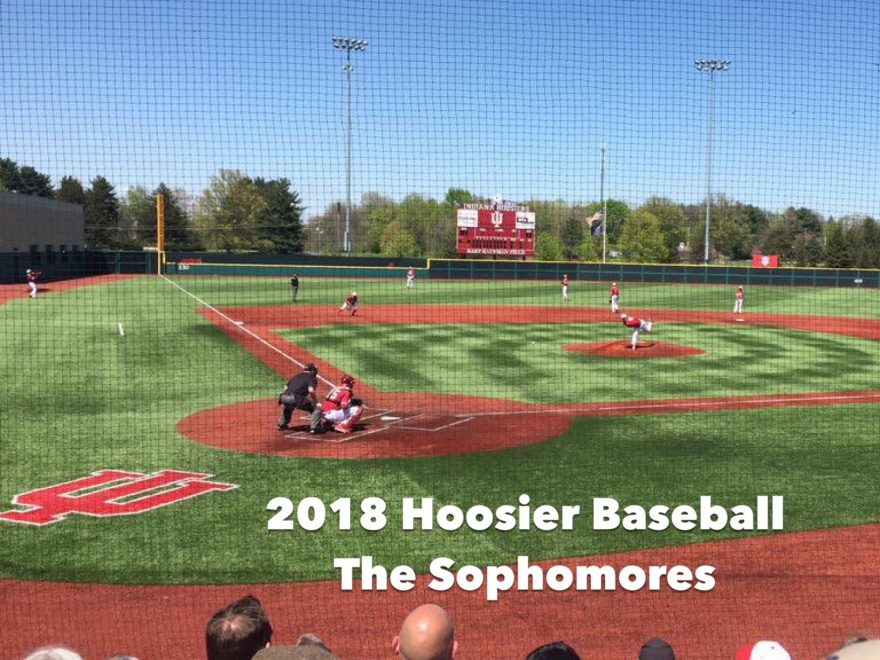 The third installment of our class by class preview is the 2018 (in your best Chuck Crabb voice)… Soph-O-mores!

Everyday Shortstop. Strong arm, with great range, and can make the difficult plays look easy. We project him to bat ninth in the double leadoff roll. A contact hitter, but did leave the yard twice at The Bart last season

Everyday Outfielder (LF)/First Base. Took the starting job at first last year as a freshman. Great Speed, clutch line drive hitter. Hit .288 with 4 homers and 5 doubles as a freshman, while leading the team in sac bunts (12) and steals (15). Outstanding baseball IQ.

Backend of bullpen. Nasty stuff, with a great mound presence. Began freshman year in the pen but ended up the Sunday Starter. Pitched last three innings of elimination game vs Michigan in the B1G Ten Tourney to secure the win. A 2.82 ERA for the season

Reserve infielder, solid defender. Can be a pinch hitting power option as well, with 4 Homers, 4 doubles and 20 RBI’s in Summer League with the Rockford Rivets. Expected to see more AB’s with Hoosiers this season, and should be adding a few baseballs to his mantle at home.

First Base/DH, solid hitter. Drives the ball, several big RBI’s in ‘16. Received an injury redshirt last season after 5 games. In 2016 was named All B1G Freshman. The 2017 Omaha Challenge Champion! Will get plenty of at bats this season.

Lefty Midweek Starter/Bullpen. Made 2 starts in ‘17 and 15 appearances out of the pen. Good life on his pitches. Only surrendered 5 extra base hits last season (105 batters). Velo was up in the fall, while getting a lot of outs with his plus plus breaking ball. Showed an improved feel for the strike zone.

In our next installment we will preview the 2018 Freshmen.