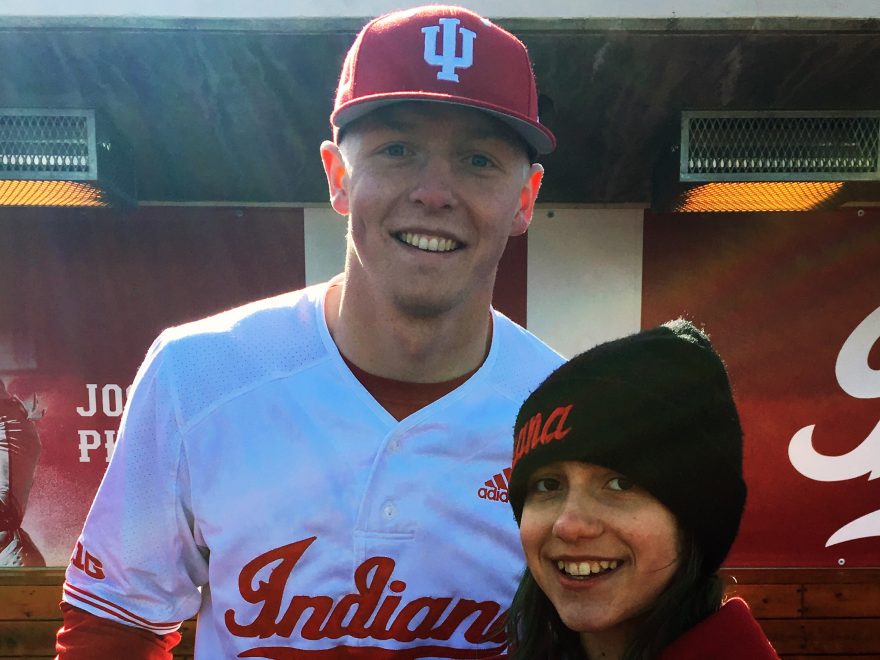 The #10 Indiana Hoosiers are in the process of building a resume with the hopes of hosting an NCAA Regional.  A 23-6 start to the year is impressive along with #16 RPI, 5-2 vs RPI top-50 and 13-4 vs RPI top-100. The ugly fact of trying to do this in a northern conference, even if a Power Conference, means having to rely on several things out of team control to happen.
I’m going to rank the top five series to watch this weekend and what Hoosiers fans should want out of each series and mention a few others.
1)   Northwestern at Indiana. #1 priority is taking care of your own business. Northwestern is having a tough year. Of the three 200+ RPI teams in the B1G (along with Michigan State and Penn State), Northwestern is the only one on the Hoosier schedule. I’m not going to be conservative on this one. The only successful outcome for this weekend is a 3-0 series sweep. The cancelled rubber match at Iowa and last Friday’s loss to Purdue have the Hoosiers at 3-2 in the conference and 2.5 games out of first. A sweep is desperately needed and Northwestern is the best B1G opportunity.
2)   Maryland at Michigan. Michigan has an impressive 15-game win streak going into this series. Maryland is a team that has been up and down all year. The Terps need to be up this weekend. Indiana has no opportunity to damage Michigan head-to-head, so someone needs to get to them. Maryland is capable. While I would like to see a 3-0 sweep by the Terps, a 2-1 series win over Michigan would be a good result from the Hoosiers’ perspective.
3)   Iowa at Nebraska. The Hoosiers split a double header in Iowa City a few weeks ago and the cancelled rubber match denied both teams a chance to make a statement. Now again, the Hoosiers will have to rely on others. Nebraska is not bad, but they have been a disappointment this season. At 2-6 in B1G play and with a series against the Hoosiers in May, it would be great if Nebraska could take this series and put some hurt on Iowa who is coming off of a series win over a very good Illinois team.
4)   Saint Mary’s at San Diego. The Hoosiers took 3 of 4 at San Diego against the Toreros in early March. It seemed like a big deal at the time as San Diego beat some huge competition in a tournament the week before. Since then the Toreros have been meh. 16-17 overall, 6-6 in the WCC, #77 in RPI. If San Diego gets really hot they have a remaining schedule that could possibly get them into the RPI top-50 and make that early season series win for IU a statement win. They could also go the other direction and drop out of the top-100 hurting the Hoosier strength-of-schedule and resume.
5)   Minnesota at [Team in West Lafayette]. Both of these teams are a potential threat for a league title, with Minnesota the greater threat. Some sort of split is probably preferred for the Hoosiers, 2-1 for the home team as ugly as that is to say.
Torn Allegiance:
Rutgers at Illinois and Ohio State at Penn State. Wins by Ohio State and Illinois would benefit IU’s year-end RPI, but losses probably better for conference standing. It is what it is.
Other series to watch for RPI:
Gonzaga at Pacific (prefer Pacific)
Northern Illinois at Kent State (prefer Northern Illinois)
Butler at Villanova (prefer Butler)
Current B1G Standings