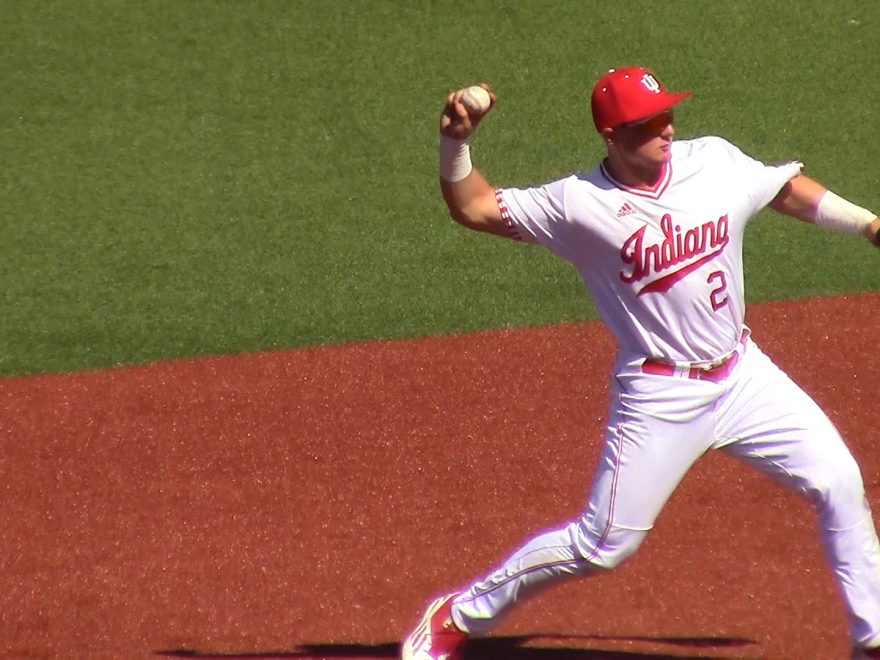 In two days #24 Indiana has faced three lefty starters in Piscataway that would be the ace on most D1 teams. Each of them have been on their game. It took beating the Rutgers bullpen to get wins in the first two. A fifth inning rain delay against Nebraska opened up another opportunity. Unfortunately for the Hoosiers, 29 innings of baseball in 29 hours finally caught up to them and Nebraska walked off game-3 of the Piscataway pod 7-6.

The rain reaked havoc on the Hoosiers as well. The bottom of the fourth inning was played in a downpour. Indiana starter John Modugno attempted a pick-off with runners on the corners, but the throw got past Jordan Fucci which scored one unearned run and lead to another on a sacrifice bunt. To Nebraska’s credit, they saw the advantage they had and executed small ball at key times throughout the game to eek out the win.

The Hoosiers scored only once against Nebraska starter Cade Povich. That was on a solo home run by Cole Barr. Other than that, Povich was dominating the Hoosier lineup. After the hour long rain delay, Povich was replaced by Koty Frank. Frank walked the bases loaded. Grant Richardson drove in a run on a sac fly and Cole Barr then hit his second homer of the game to give the Hoosiers a 1-run lead.

Nebraska took back the lead in the bottom of the seventh with a pair of runs, one of them unearned on a throwing error by pitcher Braydon Tucker who made his second appearance in as many games on the same day.

Indiana tied the game in the eighth on a base-loaded walk by Jeremy Houston. The Hoosier left the bases loaded after that. In the bottom of the ninth, the game tied at six, a walk and a lot of small ball lead to Nebraska earning the walk-off victory and cutting the Indiana lead to a half of a game in the Big Ten standings.

#24 Indiana has one more game left in the Piscataway pod, Sunday at 11am against Nebraska. Indiana will have Gabe Bierman on the mound. Of the usual bullpen arms, only Matt Litwicki has yet to appear so a lot will be riding on Bierman’s ability to go deep into the final game. This will only be Nebraska’s second appearance on the weekend, but they will need to conserve arms for two more games against Rutgers.