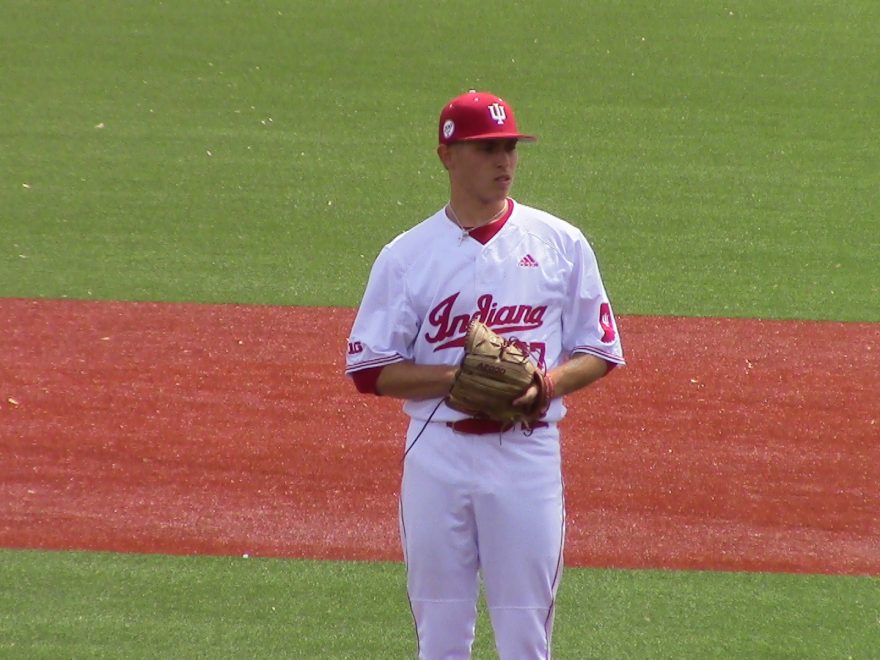 Gabe Bierman is masterful in a complete game victory

After cracking the D1Baseball top-25 for the first time this season, the #24 Indiana Hoosiers showed they were up to the task of an NCAA regional caliber “pod”. After 29 innings in 29 hours to start the weekend 2-1, the Hoosiers knew they needed another win to make a national statement on Sunday. They also had to stretch the bullpen on Saturday due to the double header, extra innings, and rain delay. It turns out the Hoosiers needed no bullpen at all on Sunday. 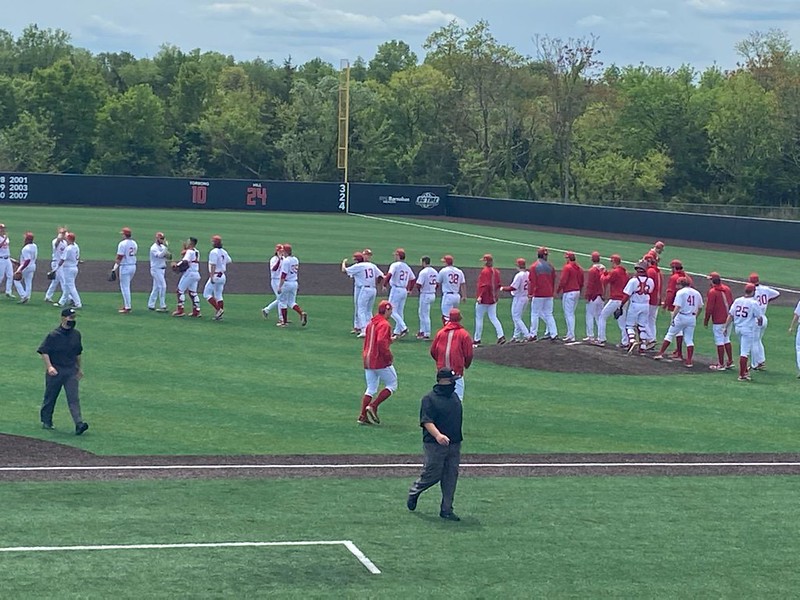 Gabe Bierman continued his progression of a season and put on a display of dominance. He got the win in a complete game 9-inning effort, allowing two runs (one earned) on four hits, walking one, and striking out 11. Total game score of 83. The game was over in two hours and nine minutes.

Bierman got all of the run support he needed from the Hoosier’s first inning. It was a barrage of singles, with Drew Ashley, Paul Toetz, Grant Richardson, Cole Barr, Ethan Vebrumba, and Collin Hopkins all notching singles to give the Hoosiers a four run lead. Grant Richardson got the only other hit of the day (another single), though every Hoosier reached base with Morgan Colopy and Jordan Fucci earning walks plus Jeremy Houston walked a total of four times on the day.

Nebraska right handed starter Shay Schanaman survived the first and eventually settled in going five innings giving up no more hits after the first. Nebraska defense turned a total of four double plays which kept the Huskers in the game. They took advantage of a Collin Hopkins throwing error on a bunt in the seventh to cut the lead to three. Jaxon Hallmark then hit a solo homer with one out in the ninth, but Gabe Bierman stayed focused and finished the game for a 4-2 Indiana win. 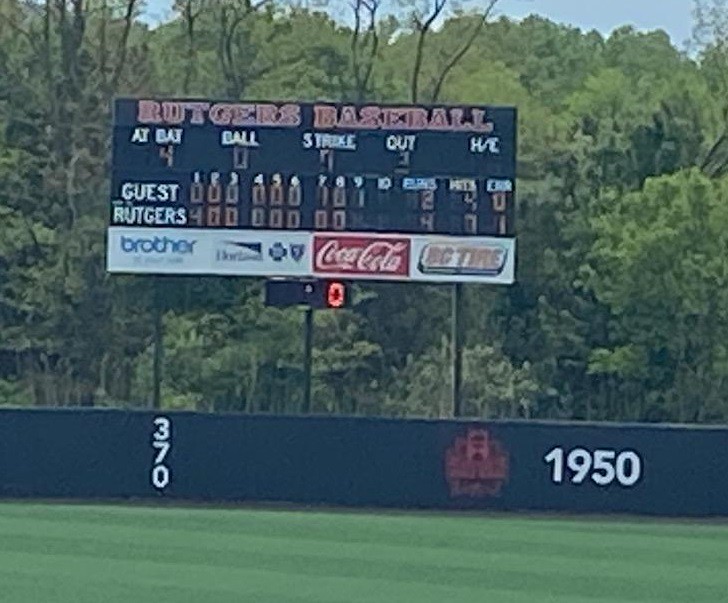 The victory keeps Indiana in first place in the Big Ten Standings. The Hoosiers have a game and a half lead on Nebraska and a half game lead on Michigan who is trailing Michigan State 3-0 in the fourth inning. If Michigan wins, Indiana will still be in first place by percentage, though 0 games in front. It is possible #24 Indiana and Michigan will be essentially tied for the Big Ten lead heading into next week’s series in Ann Arbor between those two teams.