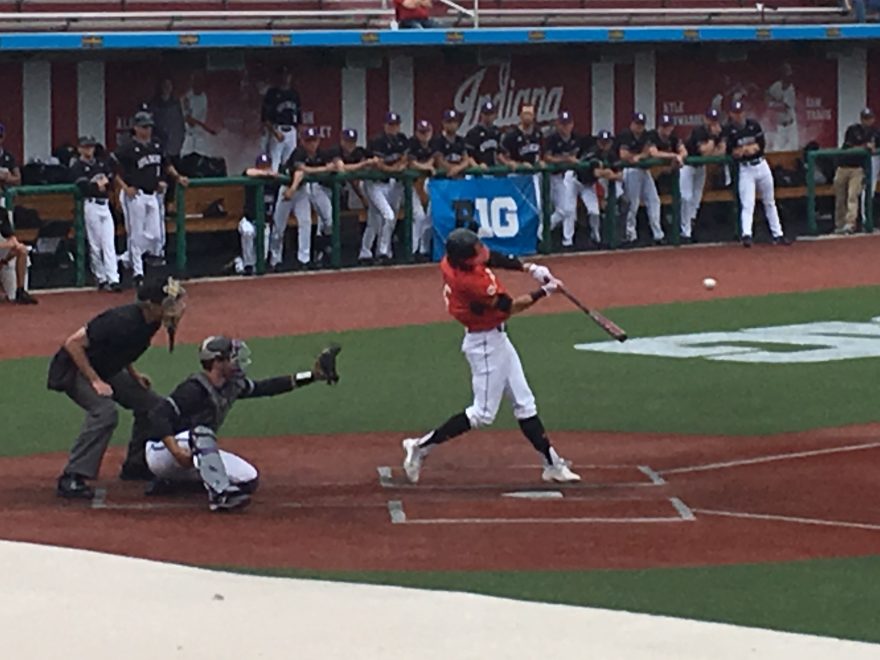 After the success of NET in basketball, another NCAA D1 sport ditches the RPI for more advanced metrics This article is an April’s Fools joke

According to a release from the NCAA in Indianapolis, a surprising mid-season change of the key tool the NCAA Division I Baseball Committee will use to select at-large teams and seed the 64-team NCAA Tournament in June. The RPI is officially dead – enter BAT.

The Baseball Assessment Tool (BAT) is in place effective immediately. This advanced statistical metric has replaced the win-loss driven RPI.The NCAA feels that with so little out-of-region play in 2021 something needed to be done now to improve seeding for this year’s tournament.

The BAT has three categories of metrics that will compose. The weighting of these is not clear. As with the basketball NET, an element of artificial intelligence determines the weighting.

Results is a mix of win-loss record and strength of schedule. The strength of schedule is iterative, taking a page from Boyd’s World ISR metric. Meaning the top two categories of the BAT metric will factor in and this will iterate until a stable result is reached.

This is the meat and potatoes of BAT. How can you tell if a team is good, besides simply winning games? Here are the teams statistics that will factor in:

Division I College Baseball has not been without controversy in the past few years. The NCAA has clearly decided that they have had it with all of the whining and are incorporating a few incentive kickers into the BAT in order to drive key initiatives and hopefully eliminate some complaining.

The first is a length of game adjuster. Every level of baseball is plagued with excruciatingly long games. In the NCAA western teams are notorious for this. To get this under control, both teams in a game will be penalized up to 0.2 wins for games that exceed three hours in length. The penalty will be proportional to the number of minutes between three and four hours. At four hours the maximum penalty applies.

Several years ago RPI was changed to give a leg up to cold weather teams that “had to” travel at the start of the season in mid February. This is now looked at as a colossal failure as it failed to do what the NCAA intended it to do: get the North to stop complaining about February baseball.

The Big Ten (B1G) decision to start the season a whole two weeks late has been a big problem for the NCAA. So now enter the AccuWeather RealFeel® Adjuster. Both teams will get a positive adjustment to their win-loss count for a game inversely adjusted by the AccuWeather RealFeel® temperature recorded by the home plate umpire with an AccuWeather thermometer placed within the strike zone between the top and bottom of the third inning. The NCAA is confident the location of the temperature reading will be consistent enough for this purpose (though it may extend as far as a batters box at the University of Texas).

So if you want to improve your BAT… play in cold weather. This will stop northern teams from traveling south early. It may even incentivize warm weather schools to make treks up North in the non-conference portion of the season. The effect is already here as Tracy Smith of Arizona State announced that the Sun Devils will be opening the 2022 season on February 18th against the Michigan Wolverines in Ann Arbor, Michigan (and it will be a night game).

Now if you are still with me at this point… please check the date of this article.