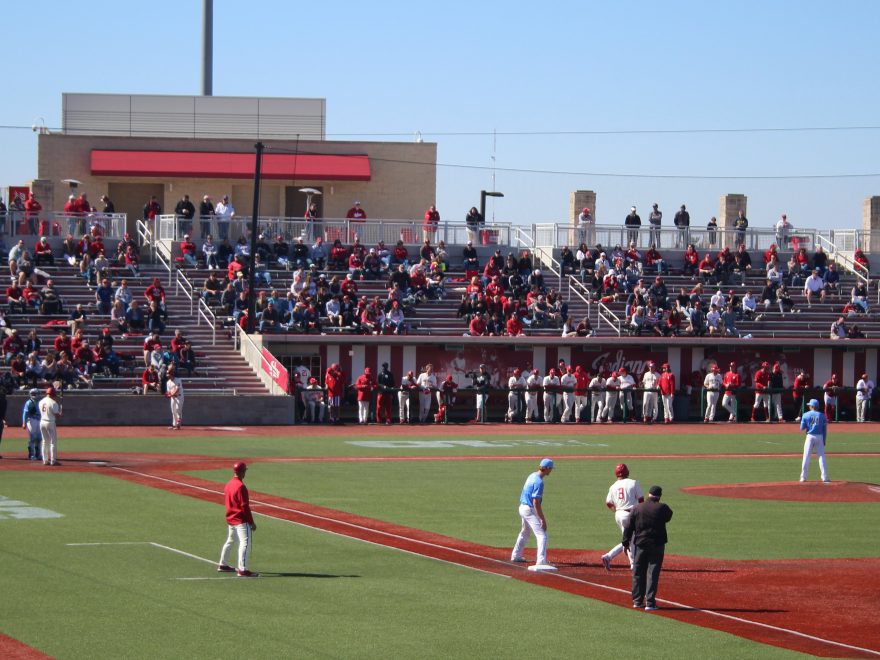 It’s all B1G opponents for Indiana University Baseball in 2021. What does that mean?

Two weeks ago D1Baseball’s Kendall Rogers broke the news that the Big Ten Conference had ruled out scheduling non-conference opponents during the 2021 Baseball or Softball season for any of the league’s programs.

BREAKING: The @bigten Conference will not have non-conference games aginst non #BigTen teams in 2021 in baseball or softball, sources tell @d1baseball. Coaches, however, are expected to aim for as many games as possible. More to come.

Coming off the heels of the fall 2020 saga of B1G football being cancelled and then brought back late after improved, rapid COVID-19 testing became available, there was a lot of anger expressed among fans of B1G programs, especially Nebraska and Maryland. Those programs have to travel a ton for in-conference games (especially against each other).

Also there was a lot of concern about how early a season could start given the northern latitudes of teams in the league. There is a lot of discussion in baseball circles that the start of the baseball season will be delayed to the first week of March by the NCAA anyway. Rogers covered that in his most recent column ($$$) . I see two reasons to do this. First, it tracks with the rest of athletic delays so far this academic year and ensuring time to prepare COVID-19 protocols. Second, it levels the playing field a bit with northern and southern teams given there must be less travel this season.

If the B1G goes straight to conference play on March 6th, it would be necessary to start the first two weeks at the southern-most locations (plus Minnesota if they indeed have access to the indoor facility). That seems doable to me, then open up all teams to host by March 20th when it truly is Spring.

The conference-only requirements and COVID-19 protocols have suggested that most of the country will see no mid-week games and instead of three-game Friday-Saturday-Sunday series, we would see four-game series via Saturday-Sunday doubleheaders. One possibility I have heard (not about B1G though) is one 9 inning plus one 7 inning game on each day.

So I have looked at a calendar and the projected start of the College World Series is June 19th. This lines up Selection Monday to be Memorial Day, May 31st. This is the latest it would be in a typical calendar. So if play starts Saturday, March 6th, that provides 13 weekends of college baseball.

I have heard nothing so far about conference tournaments. My thought is with a shortened season, playing the B1G Baseball Tournament doesn’t make much sense. First, five teams do not even get invited and then half of the invited teams play fewer than four games. Second, due to the Wednesday-Sunday schedule this can’t be realistically be done after a four-game weekend series. No starting pitcher would be rested to start on Wednesday. So if there is a tournament, it would mean not playing any series on May 22nd-23rd. This would limit the B1G to an 11-week regular season. Third, if COVID-19 is still a big concern, I don’t see how putting 8 teams together in one place right before NCAA Regionals makes much sense.

My biggest reason, however, is this: 13 is the magic number. With no B1G Tourney, there are 13 weekends. The B1G has 13 baseball teams. Each team would take one bye week due to the odd number of teams (thank you, Wisconsin). This means a completely balanced, 48-game B1G schedule. Every team will play a four-game series with each of the other other 12 teams in the league. The conference standings would for once be definitive.

A possible side effect of going all-conference is that the B1G may get punished with fewer NCAA Tourney bids. The math will work out that each B1G team will be smack in the middle of the RPI’s strength of schedule metric, meaning that it will all depend upon win-loss record to make any RPI distinction. Then it will be the “eye-ball test” from the Regional Adivsory Committee to see if any other teams can get in. This is rough, but at the very least, the regular season champion will be the league’s best performing team and get the conference’s automatic bid.

Personally, I’m excited for this prospect. Balanced schedules are a big benefit of professional baseball the college world doesn’t usually see. I think it would be a fascinating league season. Second, I think the 2021 Indiana Hoosiers are built for this. The team is rich in starting pitching and has traditionally had an advantage later in weeks. Extending the conference to a fourth game each week should bode well for Indiana.

Now much of this (except for the conference only opponents) is rumor and speculation. It could all be wrong. We will keep an eye on this and continue to discuss as the winter progresses.