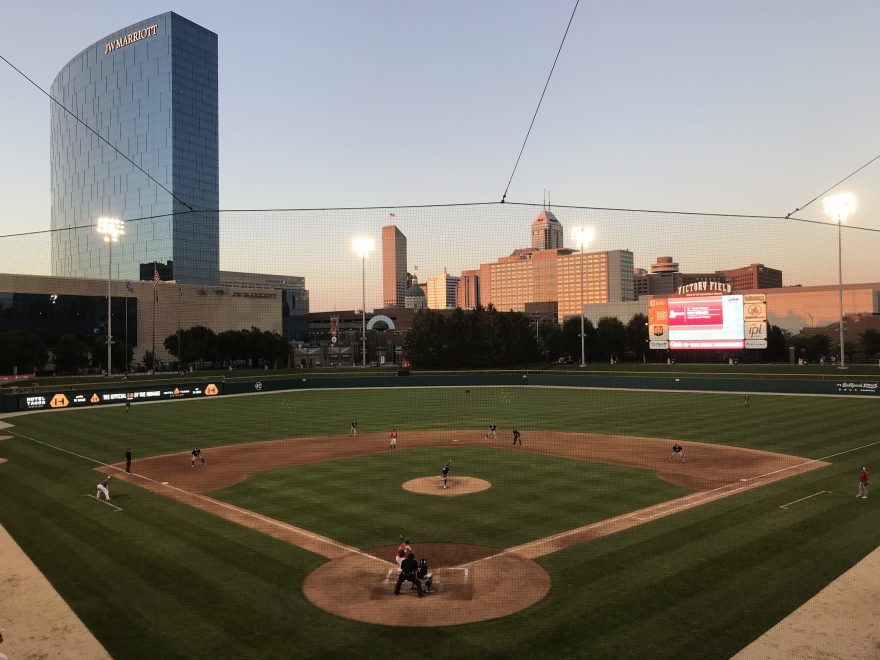 It was officially a Grand Park Summer League game but it was a night filled with Hoosier Highlights.

Hoosier Baseball had three players in the starting line up across the two Summer League teams including Cole Barr, Cooper Trinkle and Kip Fougerousse.  Also, two young up and coming arms on each pitching staff that included Zach Behrmann and Casper Clark.

As inning by inning went by at Victory Field the Hoosiers just kept filling up that box score with great numbers and wowing the fans with web gems in the field. Then, when the arms came in they both put up zeros and neither gave up a hit.

Here are some of the Hoosier Highlights, stats and postgame media availability from The A Team’s 6-4 win over The Snapping Turtles at Victory Field.

• Web Gem of the Night

• no hits , no runs allowed

• no hits , no runs allowed