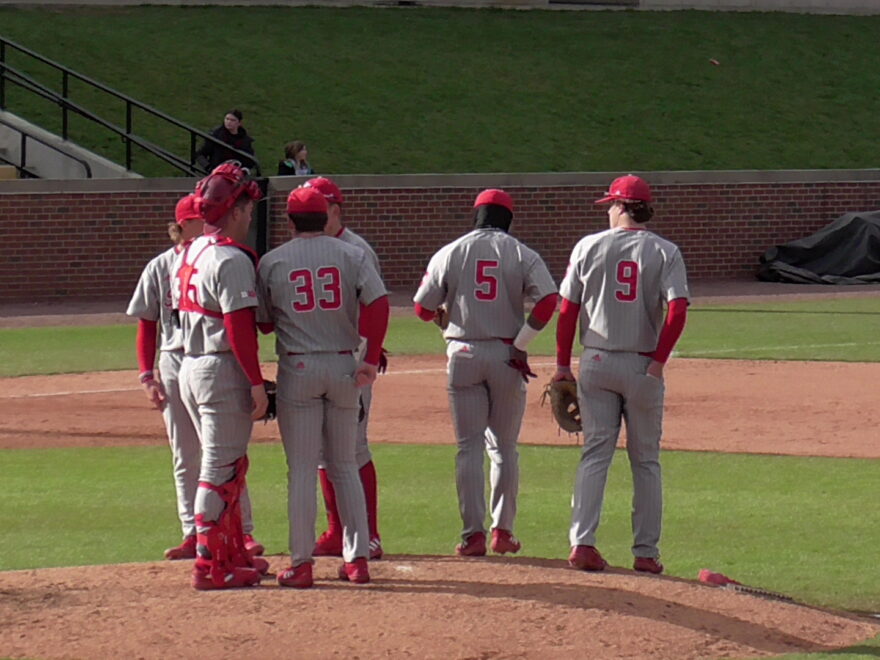 Indiana scored 16 runs on 19 hits in a game that was expected to be a huge challenge for Indiana hitters. The story going into the opener of the series in Iowa City was that Iowa starting pitcher Adam Mazur was virtually un-hittable, and in the driver seat for the B1G Pitcher of the Year. Indiana shocked Mazur for four runs on two two-run home runs in the first.

Indiana elected to not use Jack Perkins on a day shorter of rest, and instead used Braydon Tucker to start the game on the mound for a bullpen day. Tucker struggled, giving up two runs but managed to get IU off the field stranding two Hawkeyes.

Indiana went right back at it in the top of the second and plated five more against Mazur. Tucker got through the second with no runs scored and getting that elusive shutdown inning. Mazur was replaced for the third inning and Indiana added a grand slam to take the lead to 13-2.

Tucker got another shutdown inning in the bottom of the third and was sitting decent with 64 pitches. Despite a pitch count too high to be useful in a later outing of the weekend, but generally low enough to continue, Tucker was replaced by Grant Holderfield. Then five different IU pitchers over the course of 4.2 innings combined to give up 28 runs (20 earned) on 20 hits, 8 walks, 5 wild pitches, 4 hit batsmen, and 5 home runs.

It was the worst bullpen performance Indiana has produced in the past decade, even eclipsing the disaster that was Saturday at Clemson in opening weekend back in February. Indiana combined for 270 pitches, only 145 of those for strikes in eight innings of work. The game swang from an 11 run Hoosier lead to a 14 run Hawkeye victory.

Luke Hayden (4-1) took the loss giving up the go ahead run during his 1.2 innings of work. Indiana stopped producing big innings and committed four costly errors in the field on the day.

The loss drops Indiana to seventh place at 10-12 in the B1G. The Hoosiers, thanks to losses by Northwestern and Nebraska, still have a 2-game lead over 9th place in the B1G standings. A win tomorrow will guarantee Indiana a place in next week’s B1G Tournament. That was not certain before tonight, so that is the one positive to gleam from what was a frustrating sequence of events.

Indiana and Iowa resume 7pm Friday night with Jack Perkins taking the bump for the Hoosiers in what has to be the most critical game in Indiana’s season to date. Can the Hoosiers put this disaster behind them, take the positives of hitting the league’s then best pitcher hard, and get the needed win to move to the conference postseason?