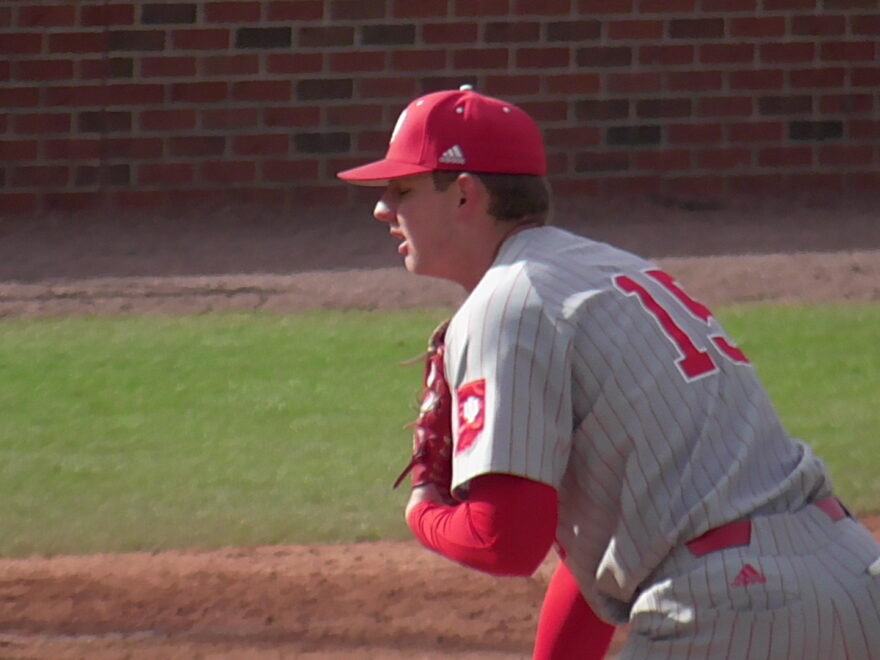 Thursday night’s loss to Iowa was tough to swallow for any Indiana fan. In the cases of the really bad losses this season, a peak at the replies on Twitter to @IndianaBase and even to our own @iubase17 final score postings have been brutal. Jokes about “football scores” and of course calls for various coaches to lose their jobs. This type of response had gone relatively quiet since after Indiana got swept in a weekend series at Rutgers in April.

The quiet has come because Indiana took a 2-7 start to the B1G and won four straight weekend series including a road series against Michigan and have played themselves into only needing to win one of the two remaining games against Iowa to clinch a berth in B1G Tournament.

So how did it go so wrong?

I have the benefit of hindsight here and I’m going to use it. One of the great things about the sport of baseball is how pitching usage chains the games together. Events in one game dramatically resonate into subsequent games, sometimes even subsequent weeks.

So go back to the last series in Bloomington against Minnesota. Indiana looked at that series as an opportunity to almost seal a bid to the B1G Tournament. With Minnesota being the worst team in the league, the goal was to sweep the series. Sweeps are not easy. No. 15 Maryland, now in sole possession of the B1G lead, failed to sweep Minnesota earlier this year.

The weather forecast on Saturday lead to a bit of a dilemma. There was a good chance that the game would be suspended in the early innings, a chance that became reality. Bradley Brehmer pitched two good innings and then the game was delayed to Sunday morning. I addressed the situation later that day with the following Twitter thread: https://twitter.com/jovian34/status/1525519240379482113?s=21&t=xQf5__NKmjg17e2okrGUaw

With the goal of getting the sweep and coming really close to clinching a berth in the tournament before the last series, Coach Mercer elected to have Bradley Brehmer start game 3 of the series Sunday afternoon. Brehmer got in three innings of work, but also gave up three runs in the process in the unusual situation of pitching on back to back days in short stints.

The reason why Coach Mercer chose this is clear: Indiana does not have a reliable third starter (though Ty Bothwell is now making an argument that it might be him). And this means that a bullpen with a small group of consistently reliable arms is tasked with covering a lot of innings in a typical 4-game week. In order to put the team in a position to sweep on Sunday, Mercer needed Brehmer. It almost worked, but a Minnesota two-run home run in the top of the ninth dashed Indiana’s hopes.

The Tuesday midweek was another bullpen affair that went relatively well. Mostly a group of guys with some consistency issues saw action. While not stellar, they didn’t give up the big inning, and Indiana managed a thrilling come from behind win.

In order to allow teams to prepare for a Wednesday start to the B1G Tournament, the last week of the season is moved up a day to Thursday-Friday-Saturday. College pitchers generally get a full week of rest. Mercer elected to use Perkins on full rest Friday instead of on short rest Thursday when he would have been countering Iowa’s Adam Mazur, then the leading candidate to be B1G Pitcher of the Year.

While Mercer did not discuss this competitive strategy, it seemed pretty obvious. Unlike against Minnesota, the goal for the Iowa series was to do enough to get into the B1G Tournament. That turns out to be win one game. Why waste your most reliable starter on Thursday against a guy who just hasn’t lost when you can pitch him on full rest Friday and go up against a more hittable opponent?

So this brings us to Thursday night – essentially Indiana’s fourth “bullpen” game in five days. Looking at it from that perspective it was almost obvious what to expect. These guys had managed to pull several games out, not always pretty (except for Bothwell early Sunday). It was almost like they were past due to have a collectively bad performance (thinking 15+ runs). But hey, if it happens in a game where Iowa holds IU to two or three runs does it really matter how much you lose by?

Then the unthinkable happens – IU hitters just pound Mazur for nine runs in two innings. This was beyond unexpected. IU had a pitching plan that essentially wrote this game off as un-winnable and then they enter the fourth inning with a commanding 13-2 lead.

So what are the options? Tucker is about a 3-inning guy at this point. Bothwell threw 111 pitches on Sunday and is probably going to need a minimum one more day of rest to be effective. You want to use Reese Sharp at the end and not risk wasting him on a loss. So… you need to bridge from the fourth to the seventh. You’ve likely already told the likes of Grant Holderfield, Luke Hayden, David Platt, Jack Walker, and John Modugno to expect to go today. Holderfield has struggled lately but has been decent in short stints. Hayden has been inconsistent, but occasionally unhittable. Modugno is more of a mystery. On the radio call Austin Render said that Modugno has had some nagging injuries. These guys have had some level of success. All you are asking is to get through three innings and maintain an 11-run lead. With the lead you tell them to focus on throwning strikes. On paper this seems reasonable.

Well, it blew up in their faces. Every team has a day when a pitcher doesn’t have it. For Iowa on Thursday it was their ace starter. Coach Mercer has been making quicker hooks to get the guy who doesn’t have it that day out quickly. The problem is similar to the one IU faced at Clemson in February. You pull one guy and the next guy has it just as bad… and so does the next guy after him. Then it all snowballs. Unlike Clemson, these guys were throwing strikes until things got out of hand. Iowa was just clobbering anything thrown in the zone. The position players, stunned by losing the lead they built with their bats start booting the ball around leading to unearned runs and denying these struggling pitchers of the outs they need so badly.

It was not fun to watch. The execution in the fourth inning and beyond was very poor. I’m not making excuses for them. What I am saying is the goal of the game before first pitch was to save the reliable pitchers to try to win one game on Friday and Saturday. They accomplished that specific goal… in a very ugly fashion. I think the plan to bridge to Sharp was workable, but the execution just failed miserably. In the end, however,  it could have been worse. Say Sharp is put in early to stop the bleeding, but these same guys have to try to close it out and lose it late. The fact that the scoring went all the way to 30 Iowa runs was bad, but in the end one loss is just one loss and all of IU’s most reliable pitching options are available to attempt to get one win over the final two games.

This is baseball, losses happen to all teams and bad losses happen too. Indiana has struggled with pitching, but the stretch of four straight series wins has shown that the pitching has indeed gotten better, roles are being carved out. The team has clawed its way back to needing only one more win to compete in the B1G Tournament for the ninth straight time (the longest active streak in the conference).