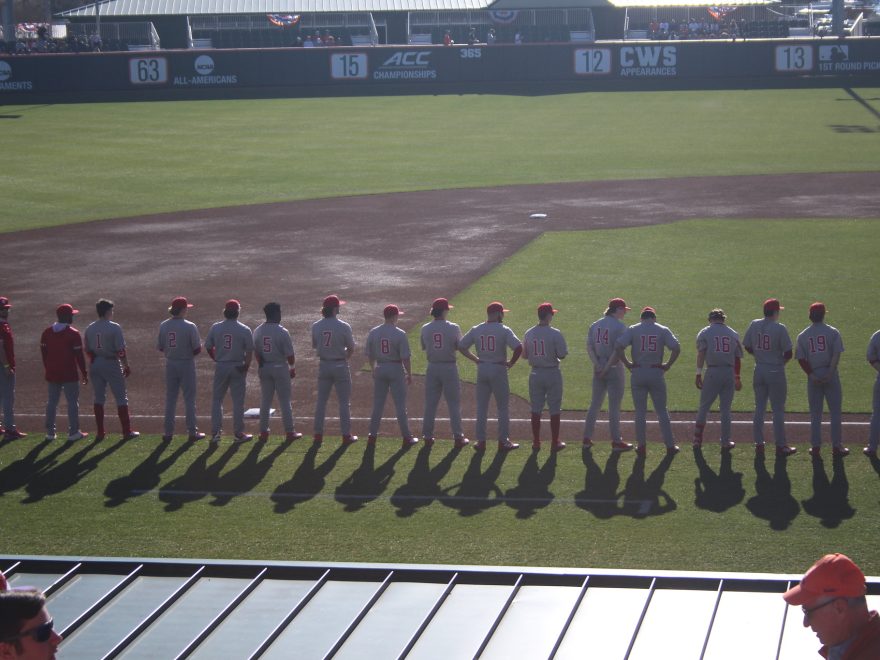 Indiana travels to Troy, Alabama, for a 3-game set. Troy has announced a change to the 3-game weekend series. The series will start with a 3pm ET Friday first pitch and conclude with a 12 noon ET doubleheader on Sunday. Troy is in the Sun Belt conference, along with Louisiana, who Indiana defeated in Round Rock, TX two weeks ago.

The Trojans are 8-5 on the season. Last weekend the Trojans took two of three from 8-4 Kennesaw State. The Trojans are hitting .294 combined with four starters hitting over .300. The top bats in the early season are Easton Kirk, hitting .355 with 2 home runs and 9 RBIs and Donovan Whibbs, hitting .333 with a home run and 11 RBIs. No hitter with more than 20 at bats (ten in total) is hitting below .250. They have only 8 home runs on the year (only one more as a team than Hoosier Matthew Ellis). This is clearly a team built on moving runners rather than scoring with the long ball.

On the mound, Friday starter Garrett Gainous has been highly touted. Of his three outings he is 1-1 with a 5.27 ERA. Five of his eight earned runs were given up to Jacksonville. Gainous has thrown right around 90 pitches per start, but couldn’t get through the fourth inning at Jacksonville surrendering seven hits and five walks. He rebounded to get the win last week with five strong innings against Kennesaw State.

The Trojan Saturday starter is freshman Brady Fuller who is also 1-1 with a 3.75 ERA. Fuller has been limited to less than 80 pitches in his last two starts. Kennesaw State got 8 hits on him in 3.2 innings. He was charged with 6 runs and took the loss, but only one of those runs were earned which is why his ERA is still solid.

Like Indiana, Troy has not relied on the same third starter with several other players getting a start among the staff. Troy has announced that Bay Witcher (1-1 7.82 ERA) will get the second start on Sunday. He had a quality start against Holy Cross in February, but allowed eight base runners and 5 earned runs in only one inning to Kennesaw State last week.

There are a couple of interesting connections in this series. Troy’s first year head coach Skylar Meade left his job as pitching coach at South Carolina to get the big job at Troy. That opened up the Gamecock pitching coach job for Justin Parker who left Indiana last summer. A possible interesting match up could come Friday with Indiana’s Jack Perkins possibly pitching to Troy’s Trey Leonard. Both played last season at Louisville before hitting the transfer portal.

Perkins is now on Friday with John-Biagio Modugno and Bradley Brehmer set for Sunday. This is the same group as last weekend, but Perkins moves to the front of the series. Coach Mercer said on Tuesday about weekend pitching, “limiting guys exposure a second time through the line up is something we’ve discussed doing”. While not explicit, the implication is that Modugno, who cruised through four innings before running into to trouble in the fifth last week, may be deployed differently. Modugno did pitch a single inning of very effective relief against Cincinnati at the Bart on Tuesday.

The whole series is still slated to be covered on ESPN+. Video, Audio, and Live Stat links are included in the IU Athletics’ preview of the series.