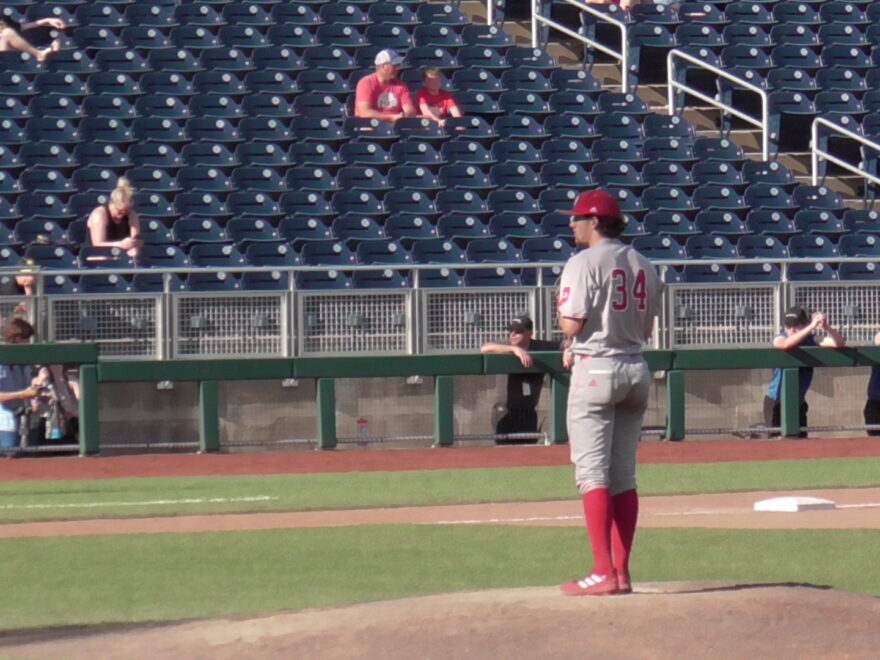 Indiana behind Tucker and Pyne down 1-seed no. 10 Maryland, eliminating the Terps from the B1G Tournament

OMAHA, NEBRASKA – “Another resilent performance from the kids,” was how head coach Jeff Mercer summed up the victory on Saturday afternoon. Maryland walked-off on Indiana Thursday via a Jack Perkins’ hit by pitch. Despite taking the loss in a relief effort in that one, Mercer called on Perkins again to get a start against that same Maryland team on Saturday. 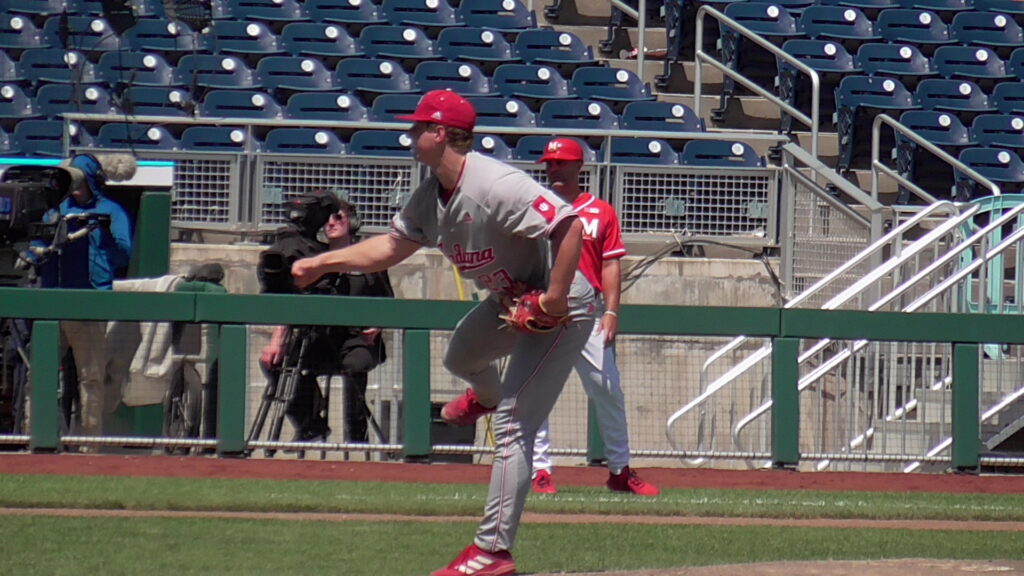 Perkins had a solid outing. Even with the recent work, he still managed to throw 81 pitches getting 5.0 innings of work, giving up 2 runs on six hits, striking out 5 and only walking one. 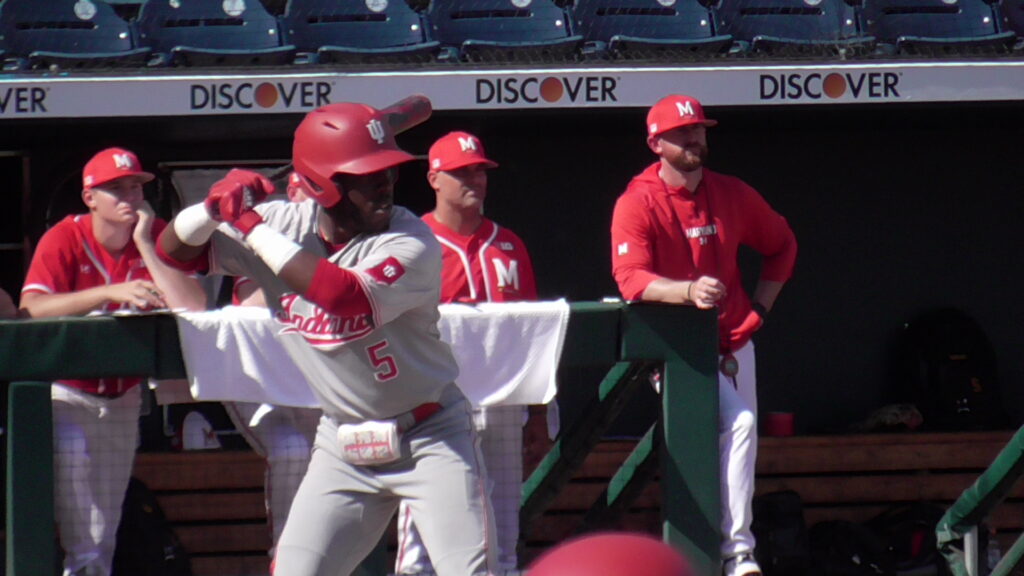 Tyler Doanes drove in Indiana’s first run in the top of the second inning with a sacrifice fly. In the third, playing through an injury, Hunter Jessee hit a single and thanks to a couple of Maryland miscues, Bobby Whalen scored. Josh Pyne hit a double in the sixth and Ellis drove him in with a double of his own.

Mercer turned to Ryan Kraft in the bottom of the sixth. “We tried to use Kraft to mix up the looks and get one time through the lineup.” Kraft walked the first batter he faced and then gave up a 2-2 single. Mercer immediately went to Braydon Tucker. Maryland’s Maxwell Costes popped up the bunt attempt but Tucker was unable to play it properly and the ensuing throwing error scored both runners giving Maryland a 4-3 lead. 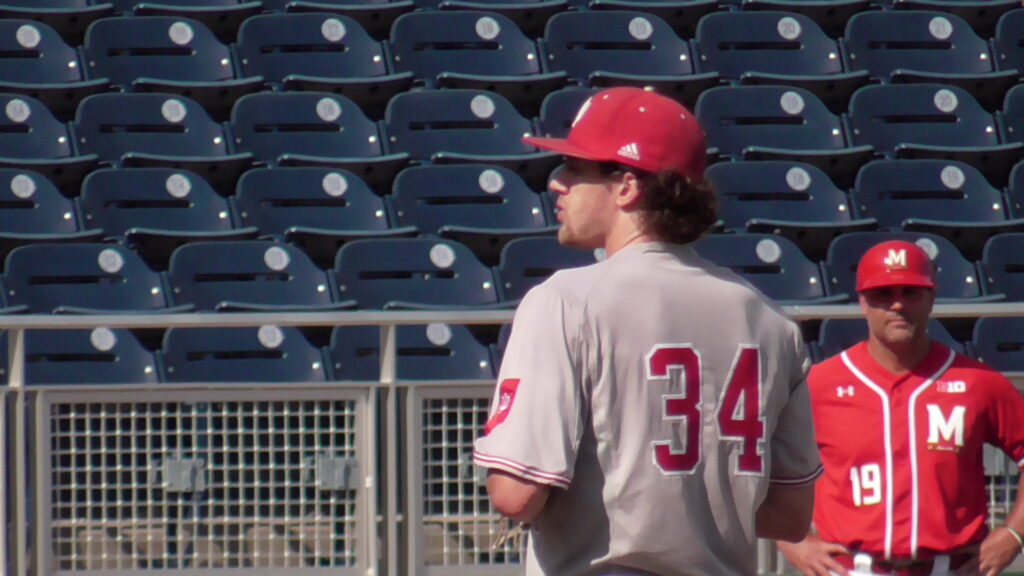 After that, though, “Tucker was incredible” as Mercer said. “He landed the change-up which is something they worked on a ton. And he was able to land the slider.” After the error “It took great toughness and fortitude to just settle in, not let the runner on second base score, and it just gave us the opportunity to continue to play the game. 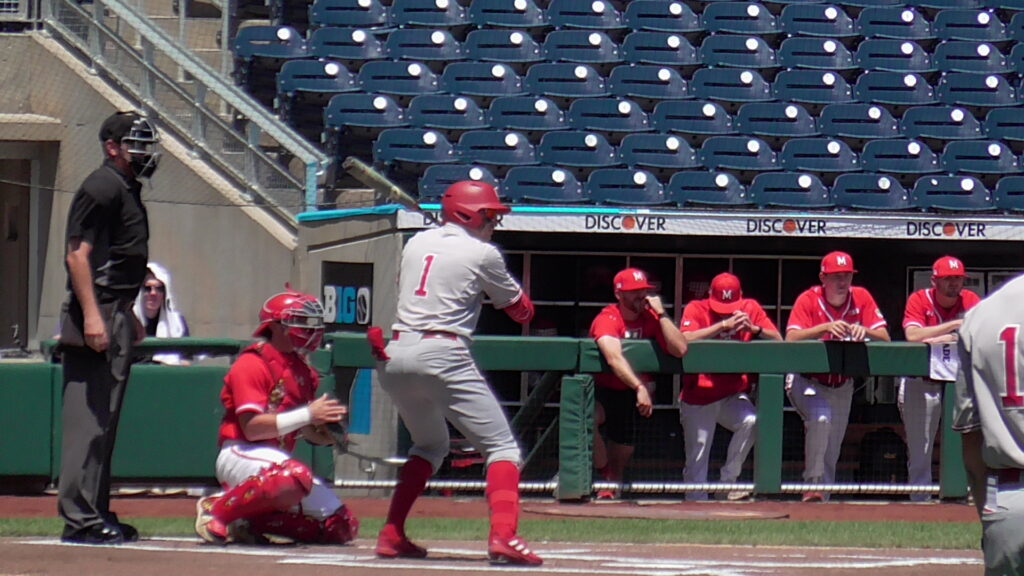 No more scoring happened unit the ninth inning. Phillip Glasser lead the inning off with a double. Whalen pushed him to third with single. Evan Goforth pinch hit for the injured Hunter Jessee. Goforth hit into a ground ball double play, but Glasser still scored. Tucker got into a bases-loaded 1-out jam and produced a chopper to third base that Josh Pyne played masterfully and threw out the lead runner at home. After the game, Pyne said “I love playing on natural surfaces. There were a few plays today that if not on natural surfaces might have changed the game.” 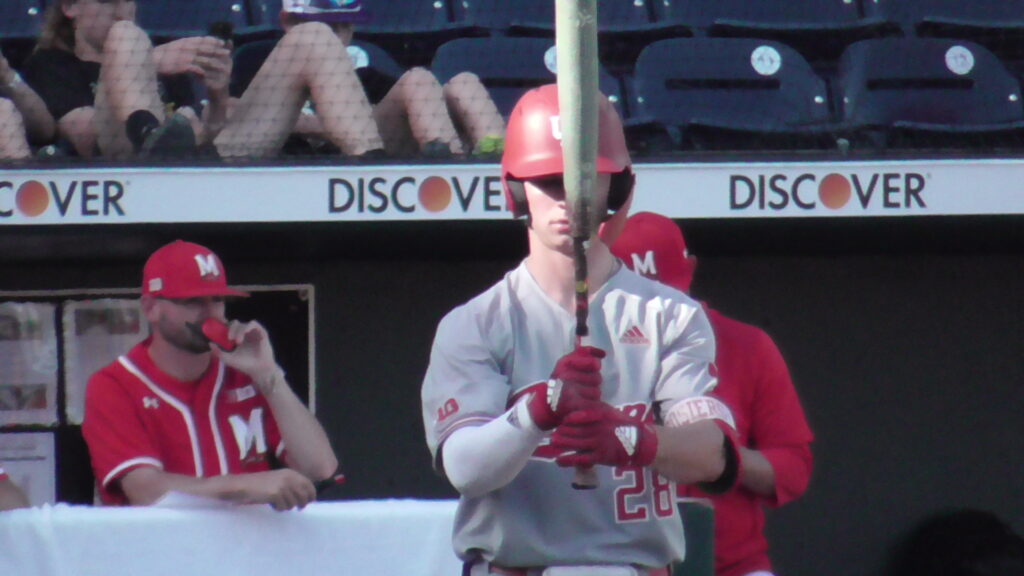 The Hoosiers finally broke the stalemate in the top of the 11th. Serruto got on via a hit by pitch with one out. Whalen and Murison walked to load the bases. Pyne came up with two outs and drove a single up the middle to give Indiana a 6-4 lead. In the bottom of the inning, Tucker worked around a single but concluded the game with a strikeout.

With the win Indiana moves to the other half of the bracket to face Rutgers in a late night game 50 minutes after Iowa vs Michigan concludes. The Rutgers game is an elimination game for Indiana, but not Rutgers. If Indiana wins, the two teams will rematch in the morning with the winner going to the championship game in the late afternoon.