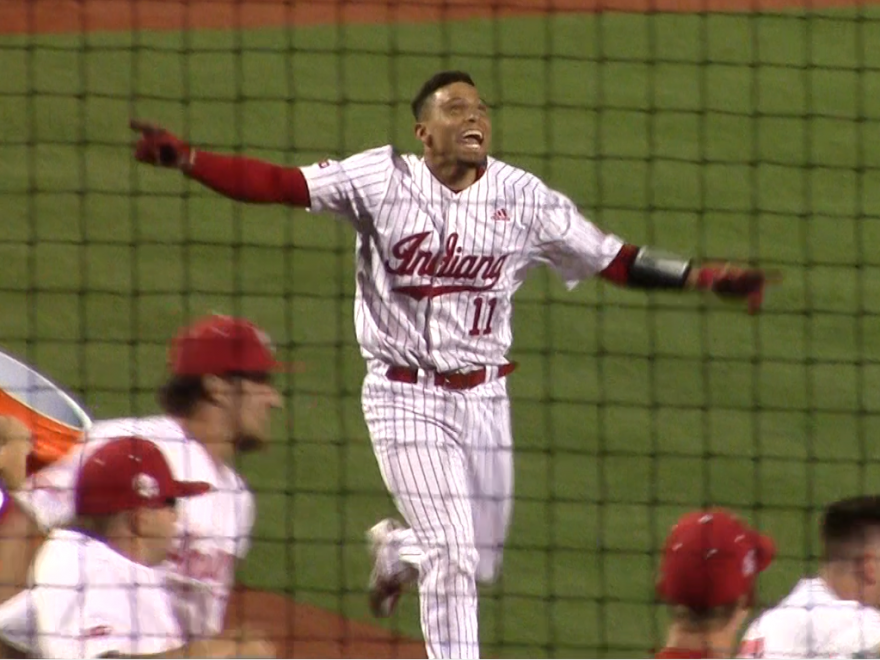 Baseball is a game of surprises. Head Coach Jeff Mercer found his team with the winning run on first and two outs with the game tied in the bottom of the ninth. On first base is freshman Kip Fougerousse who just singled. At the plate was catcher Collin Hopkins, who was hitting .067, with only two hits in 30 at-bats on the season. Was Mercer thinking about going a different direction with a pinch hitter?

“He had a really good work week offensively. He got away from some of that in his third at-bat.” “We [Justin Parker and Mercer] went back and forth on it with a runner on first. Kip had been so good defensively we didn’t want to pinch run for him at first base. So with an average runner at first base we felt it was best to stay. We had [Matt] Litwicki up, and hot, and ready to go, and Collin is primarily his guy for the most part.” “We were confident he could have a competitive at-bat.” 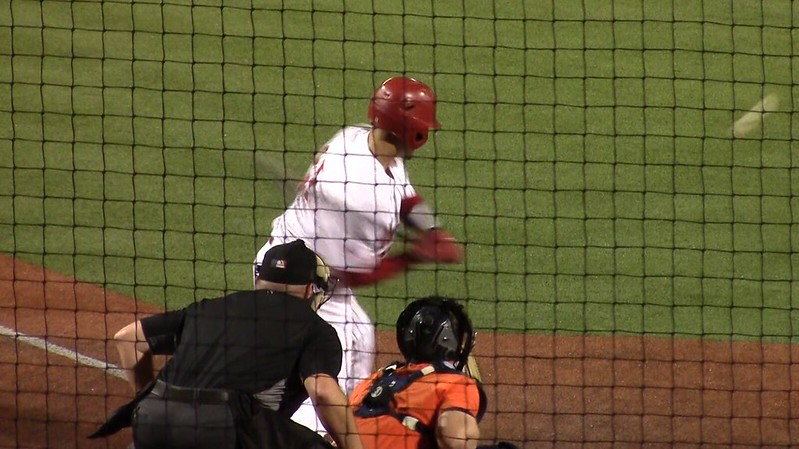 It was a competitive at bat. Hopkins said, “I was definitely taking until I got a strike. I was just trying to stay simple.” Hopkins worked the count to 3-1. He got himself on fastball timing and got his fastball. Mercer said, “he worked into a good count, got his pitch, and squared it up.” The shot went over the left center field fence for a walk-off two run home run to give the Hoosiers a 6-4 win on the night.

The Illini offense was every bit as good as advertised on Friday. Tommy Sommer stayed competitive in the start by throwing strikes, only walking two batters in five innings. Illinois did rack up 8 hits against Sommer but were contained to only 3 runs. 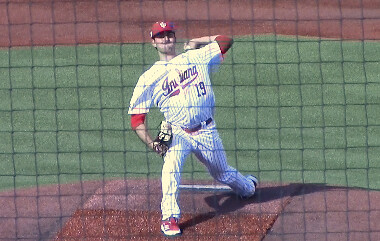 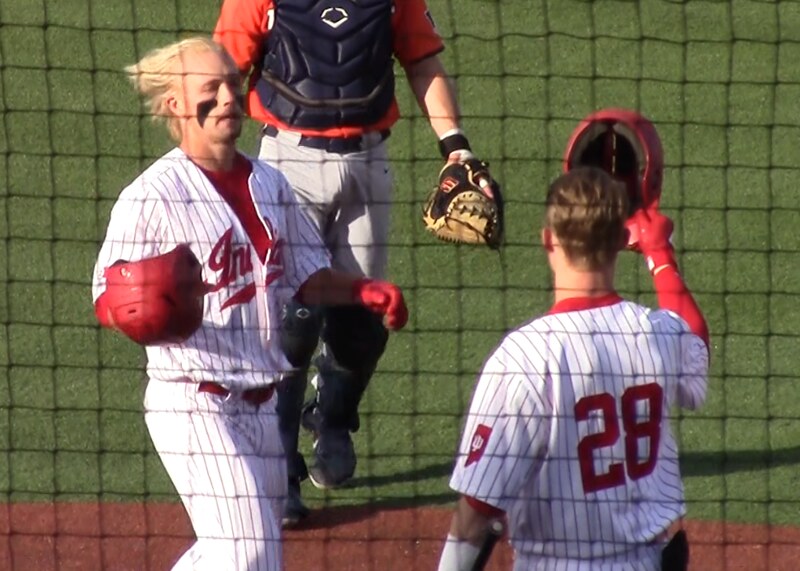 Cole Barr added his team leading third home run of the season to take a lead in the bottom of the sixth inning. 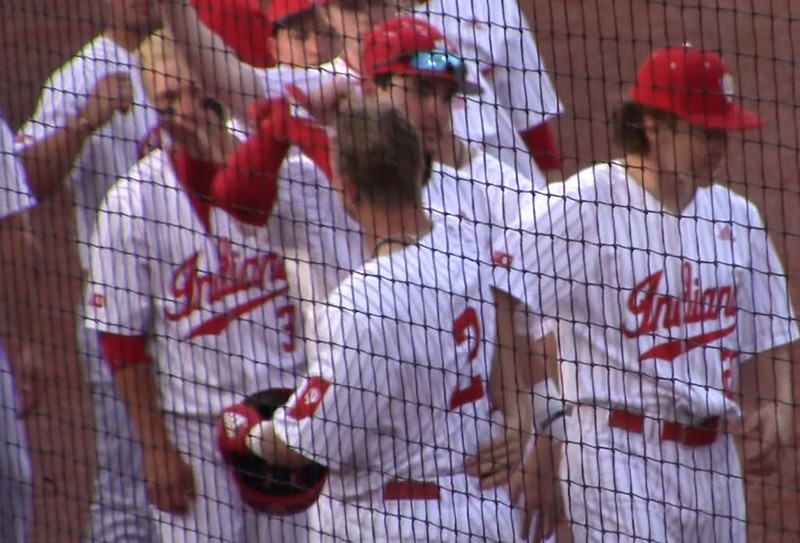 Parker and Mercer showed a continued faith in John Modugno, going to him in the sixth and seventh inning. Modugno only faced one more above the minimum due to a base hit and he struck out two. 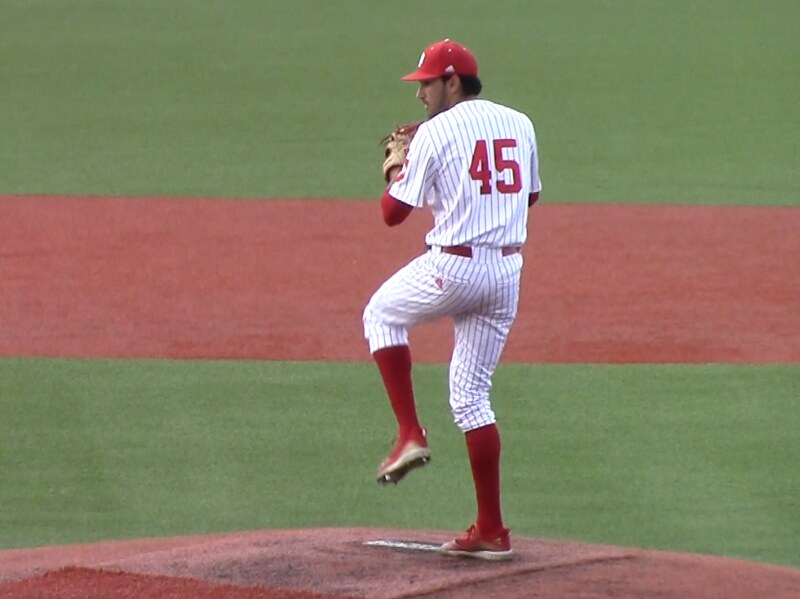 Braden Scott was brought in as a lefty specialist to face left-handed hitting Jackson Raper, who was already 3 for 3 on the day and lead Illinois with 6 bombs on the year. It did not work out as Raper added his seventh to tie the game. Parker immediately went to Nathan Stahl.

And then lightning struck!

No seriously, a lot of lightning struck nearby and the game was paused for almost two hours. 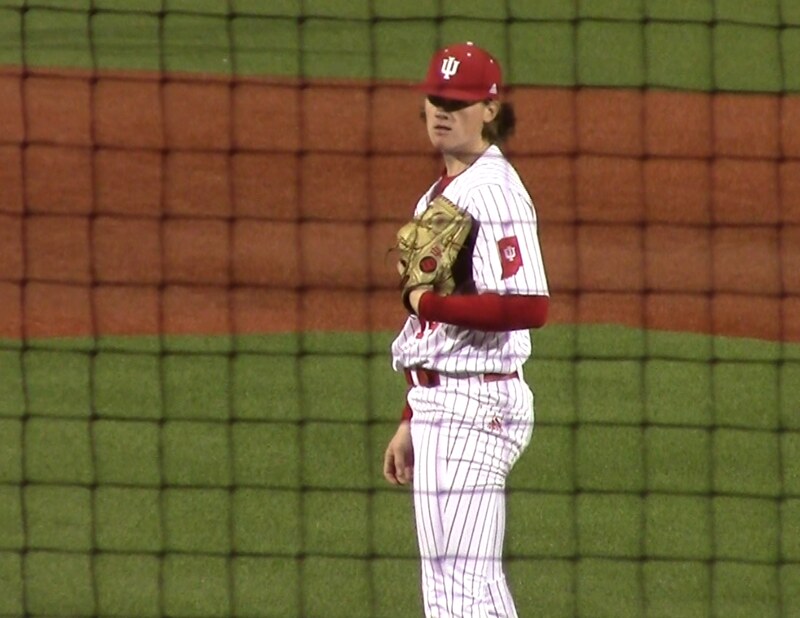 When play resumed under the lights Stahl was ready and man was he dealing in the eighth with a 1-2-3. He gave up a few hits, but no runs in the ninth, ending the inning with a fly out of Raper with the bases loaded that set up Hopkins heroics in the bottom of the inning. Stahl earned the win, his second of the season.

Rain is in the forecast Saturday and could impact the planned 2pm first pitch as the Hoosiers go for a series victory. Mercer hinted that a Sunday double header was a possibility. Keep an eye on @iubase17 on Twitter for the latest on the schedule. 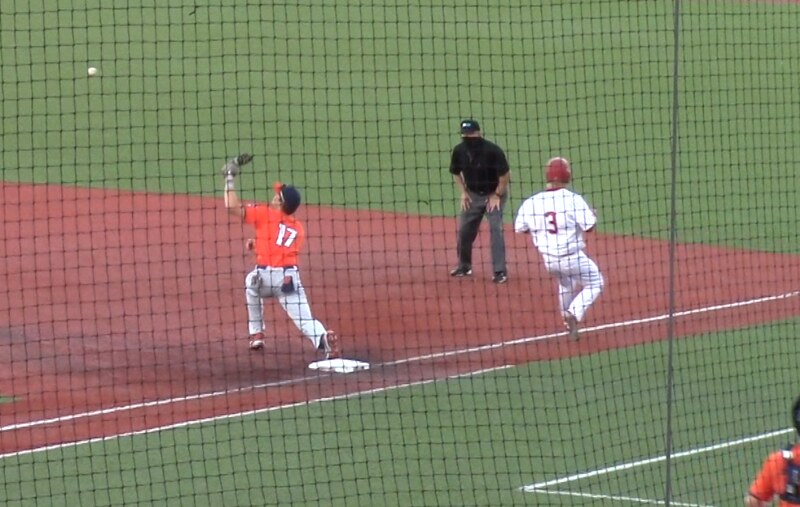