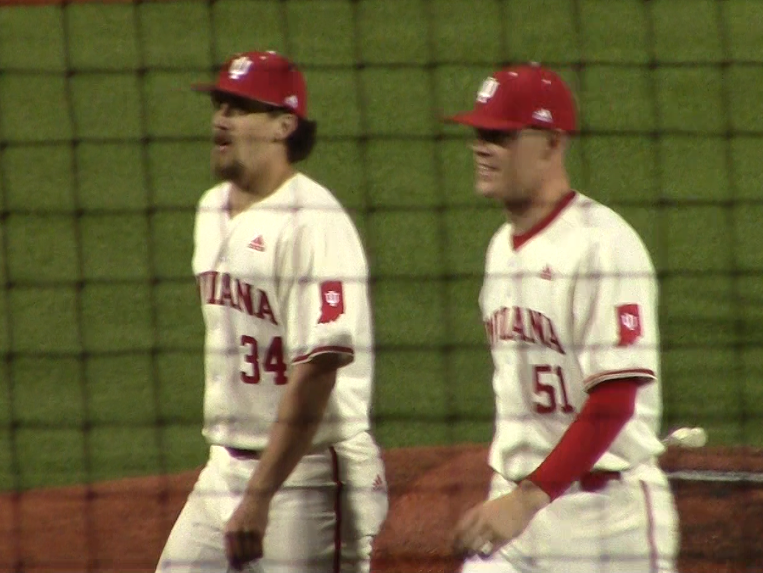 When McCade Brown takes the bump for Indiana, we are becoming accustomed to the idea that something special might happen. Saturday night proved to be another of those occasions. Perhaps the rainbow that appeared over Bart Kaufman Field prior to first pitch was a little bit of foreshadowing. 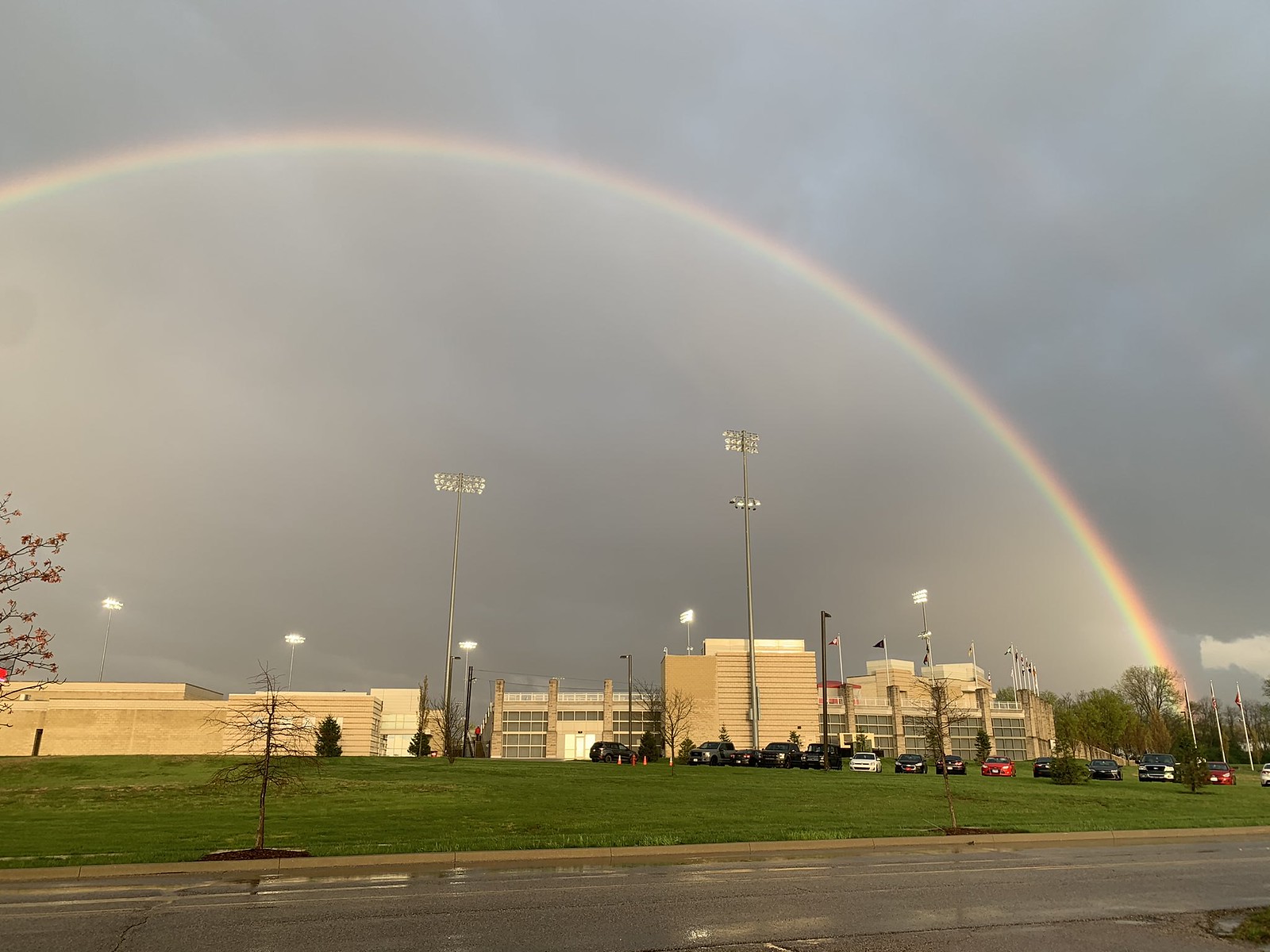 By no means was this Brown’s feat alone. Braydon Tucker was impressive with a four inning save out of the bullpen and the Hoosier defense was racking up outs to help those pitchers combine for Indiana’s first no hitter since 1984.

Brown had three strikeouts in the opening frame, but also walked Jackson Raper on a full count. Raper managed to go 4 for 5 against the Hoosiers the night before and his one out was caught on the warning track in center field with the bases loaded.

Brown gets the K he needs to end the third. Illinois has stranded 6 so far. No score B3 pic.twitter.com/ISgjE6z130

The second inning started with a couple of quick Illini outs before Brown walked the bases loaded. Brown got out of the jam with a fly out. In the third inning Brown was facing first and second with one out, but struck out two to end that threat. In the fourth Brown walked the lead off man, but then proceeded to retire the next six batters he faced. Brown’s line was no runs and no hits in 5.0 innings of work striking out eight and walking seven.

⚪️🔴⚾️ a strikeout, pop up, and ground out is a 1-2-3 for McCade Brown in the fifth. 8 Ks for the #iubase hurler. pic.twitter.com/owfQ4xTSFv

Offensively, the Hoosiers were stifled the first time through the batting order. In his postgame discussion, Coach Jeff Mercer said that Illinois starter Riley Gowens’ fastball was a bit more lively than the scouting report anticipated. Volunteer assistant coach Derek Simmons met with the hitters before the third inning, “Second time through we have to make an adjustment.”

Drew Ashley hit the ball hard to left field for a fly out, but proved the Hoosier batters could “get on top of” that fastball. With two outs Cole Barr drew a four-pitch walk and Toetz doubled to get two men in scoring position. Kip Fougerousse got behind 0-2 but managed to get a hit to drive in both runners. Fougerousse scored on the next pitch when Morgan Colopy hammered a ball deep beyond the left field fence to give the Hoosiers a 4-0 lead.

Pitching Coach Justin Parker turned to Braydon Tucker to take over for Brown in the sixth inning. As it turns out, Tucker only needed to face 13 batters to get the 12 out save. The only base runners he allowed included a walk in the seventh inning and error in the ninth. The runner in the ninth would be erased by the double play that ended the game and sealed the combine no-hitter for Indiana.

The Hoosiers scored more in the sixth when Colopy had a two-out, two RBI single.

Morgan Colopy has 4 two out RBI’s tonight. 6-0 Hoosiers B6 pic.twitter.com/7ajU9Umgua

They scored again in the seventh when freshman shortstop Tank Espalin, playing his first game as a Hoosier, worked a full count walk after fouling off several pitches with two strikes. Hopkins tried to bunt him over, but popped the ball up to the pitcher, who dropped it. He then tried to throw out Espalin at second and the ball sailed into centerfield. Espalin pressured the defense with his speed and scored on the play. Hopkins would later score on an RBI single by Grant Richardson. 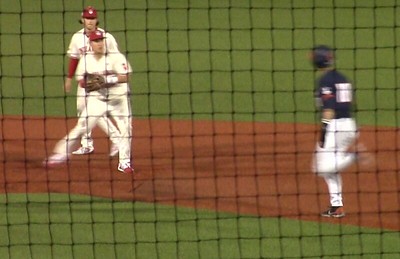 Espalin was part of a defense that was spectacular in helping the pitchers secure the 27 outs they need to make the day historic. Fougerousse was again impressive with picks and catching low pick-off throws at first base. Sam Murrison had a fantastic eighth inning catch to keep the no-hit bid alive in the 8th inning.

⚪️🔴⚾️ #iubase defense helps Tucker go 1-2-3 in the 8th. Hoosiers up 8-0 in the bottom of the inning. pic.twitter.com/HkVQhSgn7i

The Hoosiers won 8-0 and moved to within a game of first place in the Big Ten standings behind Nebraska and Michigan.