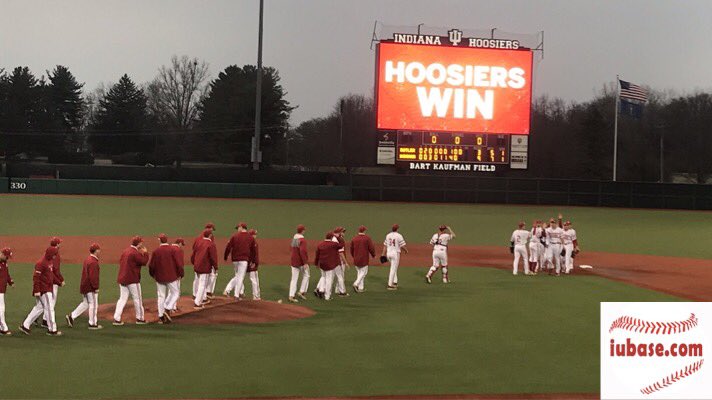 The Hoosiers jumped out to a 6-0 lead early and relied on another strong outing from Pauly Milto to defeat Northeastern 6-4.

Indiana Baseball’s bats were ready to go out of the gates, even with a 10 am first pitch, with Logan Kaletha getting the scoring started in the bottom half of the first inning with a two run HR.  Cole Barr put the third run on the scoreboard with an RBI ground out.

The bats picked right back up from where the left off in the second inning by putting up another 3 spot, with RBI singles from Matt Gorski and Kaletha, with Drew Ashley wrapping up the scoring by coming home on a wild pitch.

Senior Pauly Milto was his dominant self as he pitched 8 innings and managed to stay under 100 pitches. It was a much needed outing as this was the first game of a double header.

Connor Manous came in to pitch the ninth to earn the save.

The Hoosiers will be back in action against the UConn Huskies later today, with a scheduled first pitch of 1:30 ET.