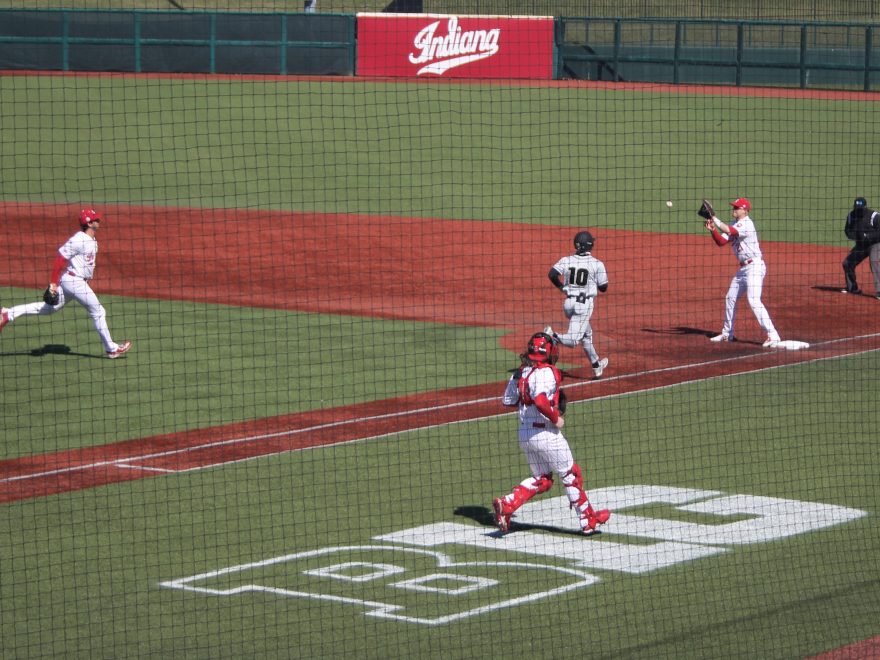 There was good news for Indiana Baseball as Cole Barr was announced to be in the lineup after Coach Mercer said he was “Day to day” on Wednesday following an injury on the base paths Sunday against Penn State.

Tommy Sommer got the call on the Friday bump for the Hoosiers. Purdue’s Skyler Hunter started things off with an impressive 8 pitch walk and the next batter walked as well. A rosin bag was brought out so Tommy could get a better grip, but he walked Miles Simington to load the bases. Tommy struck big bat Ben Nisle and got ahead of Kyle LaPlante before hitting him with a 1-2 pitch to bring in an early run for the Boilermakers. Tommy then got out of the inning with two strikeouts. He followed that up with a quick 1-2-3 in the second. 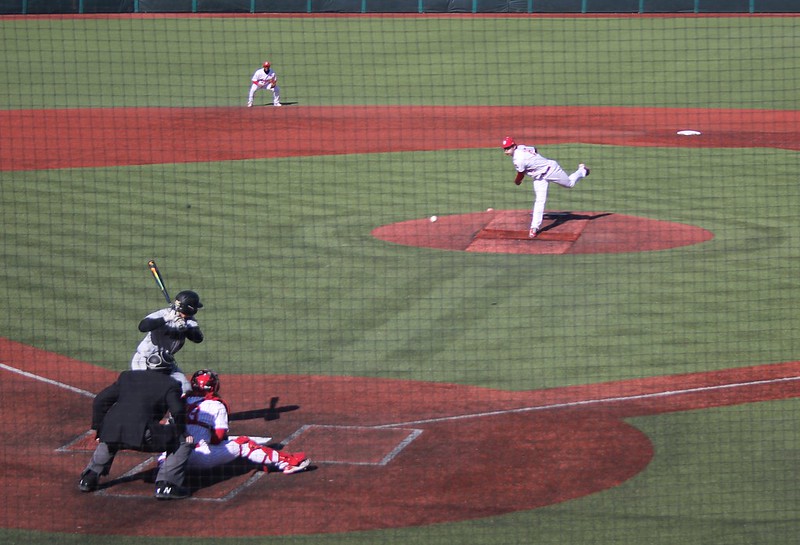 The Hoosiers had runners on first and second with walks in the bottom of the second before Trent Johnson got out of the jam with a strikeout of Jacob Southern who got a hold of one pitch that went just foul. 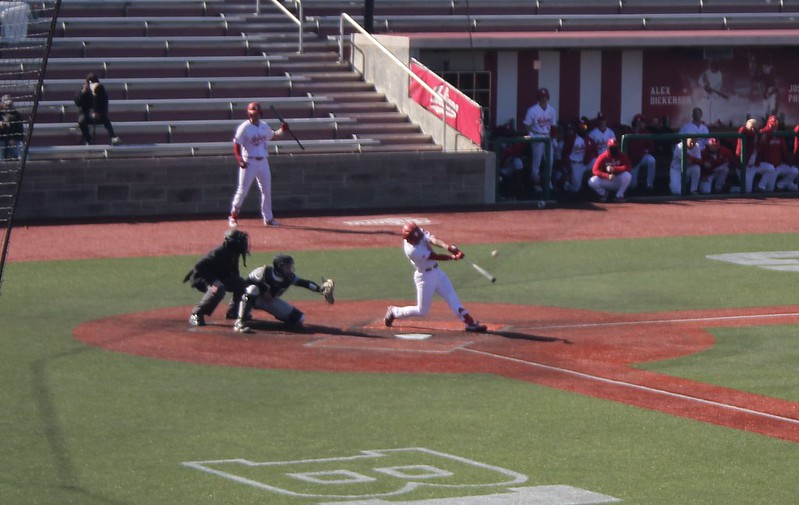 Drew Ashley got on base for a ridiculous 34th straight game.

Stop me if you’ve heard this before. Death, taxes and Drew Ashley gets on base. THIRTY FOUR games in a row now dating back to 2019. #iubase ⚪️🔴⚾️ pic.twitter.com/vbhNsK2q2g

⚪️🔴⚾️ Drew Ashley gets on base for the 34th straight game. Even Harrison Ford knew. #iubase pic.twitter.com/ZYkvWBISsO

Hard hit balls were very difficult to come by. On top of starters Sommer and Johnson pitching well, a cold wind was blowing straight in most of the game. It seemed that any ball hit in the air seemed to go to die. The best hit ball of the day was a shot to center by Cole Barr that landed in the glove of Hunter who crashed into the center field wall but manged to hold on to keep the Purdue lead intact. 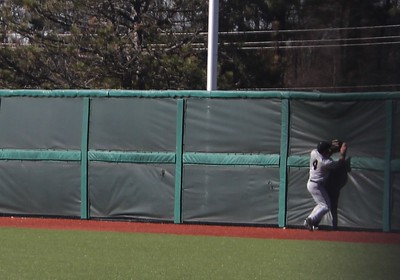 Sommer settled in and kept his pitch count low enough to get through 6.2 innings having only surrendered two hits while striking out a career high 12, walking three, and hitting two Boiler batters. Nathan Stahl finished the 7th and pitched a quick eighth. 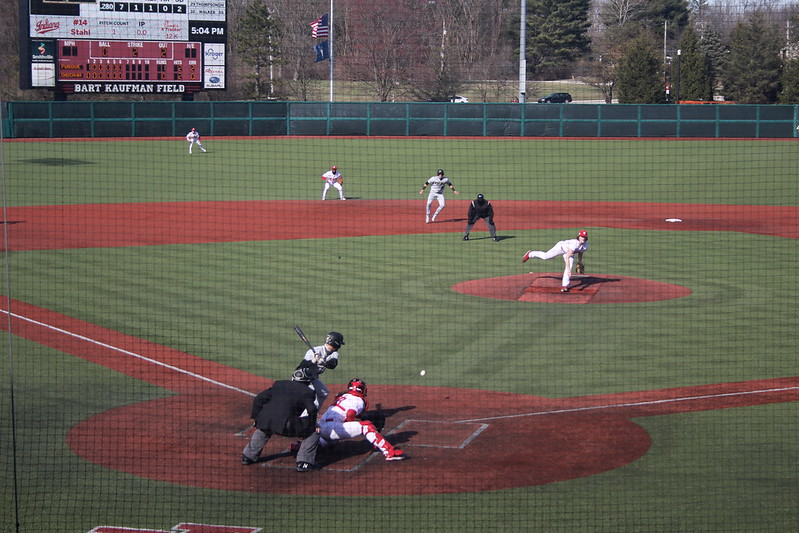 The Hoosiers finally strung together some hits in the bottom of the eighth. Grant Richardson got things started with an opposite field single. Paul Toetz placed a liner just within the third base line for a double that brought in Richardson. With two outs, Jacob Southern went to the opposite field with a single that scored Toetz. 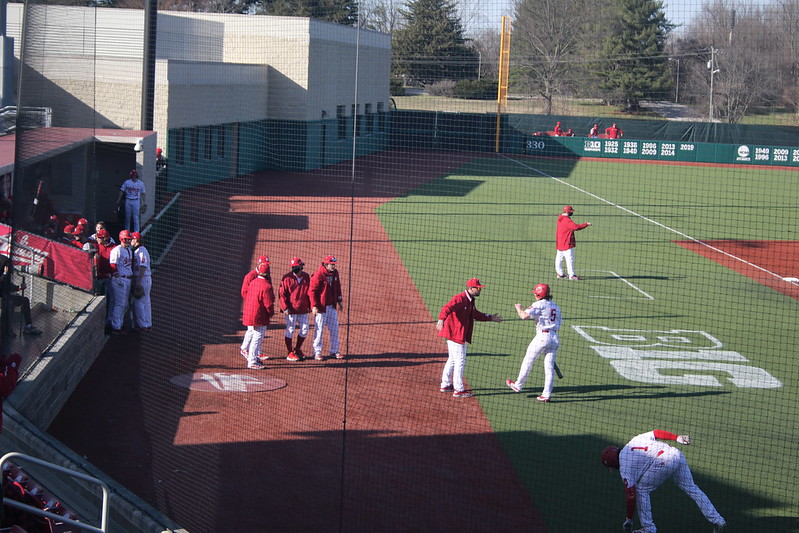 That turned out to be all of the scoring the Hoosiers would need. Closer Matt Litwicki entered the game and got two quick outs before running into some control issues and walking the next two batters, before finishing the inning with no damage and earning the save. Stahl earned the victory. 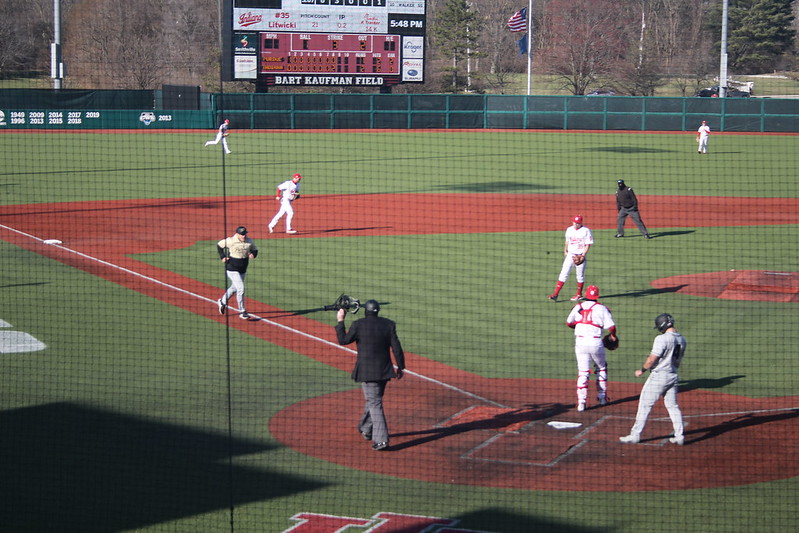 Elsewhere in the Big Ten (B1G), Michigan fell to Illinois which places the Hoosiers alone atop the league standings. Indiana and Purdue will play again Saturday at 2pm on BTN+.