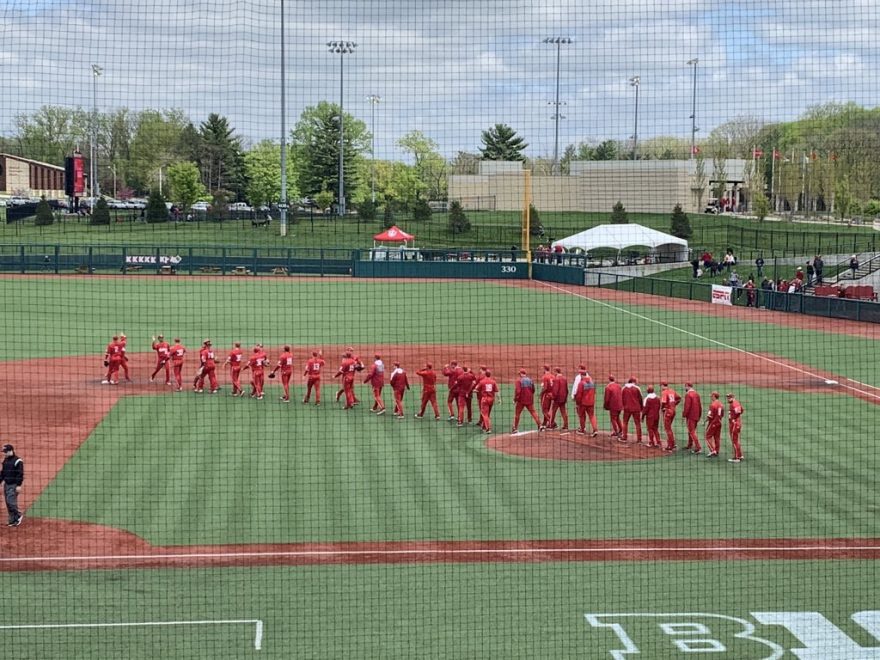 The Hoosiers didn’t need late game heroics on superhero day at Bart Kaufman. They jumped out to a quick two run lead after Cole Barr’s two-RBI double down the line plated Matt Gorski and Drew Ashley in the home half of the first. Grant Richardson claimed an RBI himself in the first after grounding into a fielder’s choice at second to score Scotty Bradley.

Andrew Saalfrank was gifted an early 3-0 lead in the first and rather than posting a double-digit strikeout game like he has so frequently, he was just getting outs anyway he could because his team was backing him with runs.

In the bottom of the second, the Hoosiers took advantage of Minnesota’s mistakes. Ashley singled and Gorski reached on an error. Matt Lloyd walked, bringing up Scotty Bradley who should’ve grounded into a double play, but an errant throw by the first baseman allowed to Hoosiers to score. There was some controversy with a baserunning call, but that wouldn’t matter in the scope of things.

Saalfrank went five and two-thirds of six hit baseball while fanning six. Conner Manous was his relief in the sixth. Manousput it on cruise after ending the sixth with a strikeout and mowed through eight       batters, recording four strikeouts himself.

He plunked a batter in the ninth and rather than waiting to see if Minnesota could answer yesterday’s walk off with one of its own, Coach Mercer brought in Tommy Sommer to face the last two hitters and close out the victory. It was Minnesota’s sloppy play and Indiana’s ability to capitalize on the Gopher’s mistakes that made this one feel like a twenty-run difference.

Indiana improved to 30-14 on the year and anchor second in the Big Ten with an 11-4 conference record. The Hoosiers get the week off before their road series against Illinois.