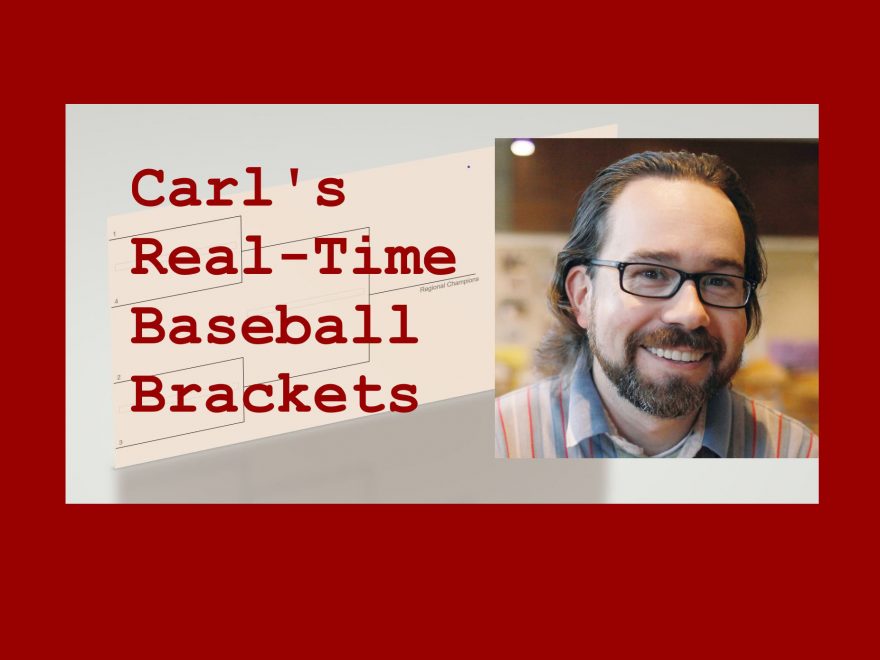 All adjustments in the model now set to end-of season as May is almost here.

Up until now I had moderated the adjustments I made for performance against the RPI top-50 and the RPI top-100 plus adjustments based on conference performance. Now that the season is in its last month I have set those adjustments to end of season levels. That caused some dramatic changes, most notably dropping the SEC from 8 hosts to 4 hosts. This model punishes teams not at least 0.500 in conference play and the SEC has been brutal this season so far. However, this still has 11 SEC teams making the field overall.

The Indiana Hoosiers are the #3 seed in the Louisville Regional in this model.