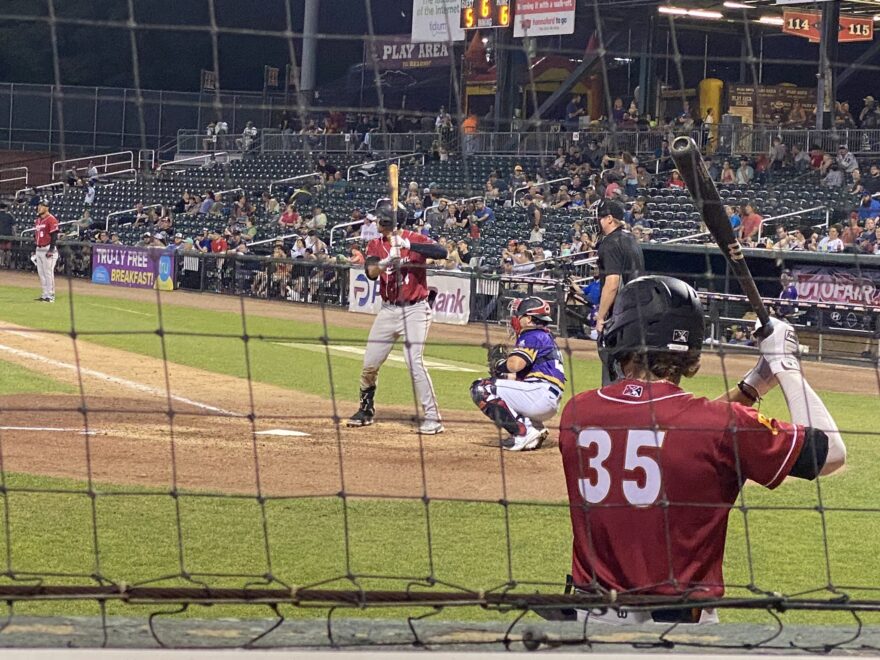 Each week we will recognize the top hitting and pitching performances from our Indiana Hoosier alum who are playing professional baseball at both the affiliated and independent, major and minor-league levels. We will also highlight other notable performances of the week, as well as pass along other Hoosier related news and notes.

Elijah Dunham’s play last week was a key factor in his Somerset Patriots clinching the First Half Eastern League, Northern Division Championship and a birth in the Eastern League Playoffs at the end of the season. Dunham finished the week on a 7-game hitting streak (matching his season high) which included 5 multi-hit games. Dunham rode this hot streak to a .455 batting average while slugging .727.
It wasn’t just Dunham’s bat that was making a different this week. It was Dunham’s diving catch with two out in the 8th inning with two runners on that secured a Somerset 2-1 lead. Dunham added two more defensive gems on Sunday in support of rehabbing, Aroldis Chapman.

As a collective, the Hoosier position players hit for a .317 average, slugged .591 with compiled a .989 OPS. They also tallied 23 extra base hits, including 10 home runs.

Finding himself in a bit of a 1st inning jam, Tommy Sommer was able to pitch himself out of trouble and cruised on to pitch 6 complete innings, in possibly his best outing of the season. Sommer surrendered 4 hits, walked 1, and allowed just 1 earned run while striking out 8 Myrtle Beach Pelicans.