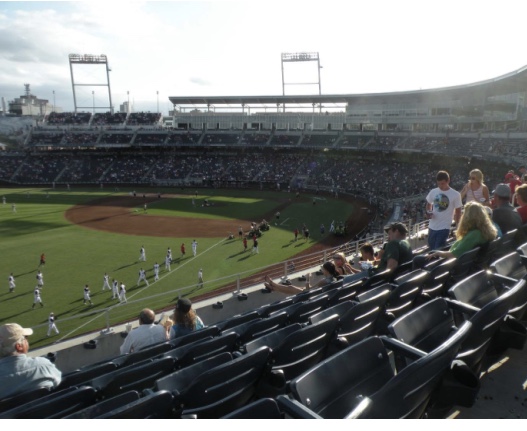 The Hoosiers have a weekend at the Beach but that’s not all that Hoosier fans should be paying attention to.

Illinois in the Coastal Carolina Tournament in Conway, SC. This is not a typo. This is the same tournament the Hoosiers are playing in, but the B1G foes will not be facing each other. What this will provide is a comparison among the same slate of opponents on the same weekend. This will also be the first weekend since Illinois cracked D1Baseball’s top-25. Always interesting to see how a team responds to a new target on their back.

Penn State taking on Duke in Bradenton, FL. The Nittany Lions are also undefeated, but that’s not likely hold up against the Blue Devils. Duke has been picked by D1Baseball.com to finish 2nd in the ACC’s Coastal Division and they boast a first-team pre-season All-American Friday starter in Graeme Stinson. If Penn State can just avoid a sweep it would go a long way to showing they will not just be a pushover this year in the B1G.

Canisius at Kentucky. Canisius is one of two teams the Hoosiers have four games scheduled against. This means they have a larger impact on the strength-of-schedule (SOS) component of the NCAA’s Rating Percentage Index (RPI) which is weighted heavily in NCAA Tournament selection. The Golden Griffins are 3-4 at present, but have a tough weekend coming up against Kentucky at the Wildcats’ new ballpark in Lexington. It would be nice if Canisius could pull off a series win here.

Evansville at Eastern Kentucky Challenge. The Aces are already 3-4 on the year, well on their way to eclipsing that dreadful 11-win season in 2018. They are the other team the Hoosier face four times. This weekend is a pair of games each in Richmond, KY, against Boston College and host Eastern Kentucky. Hoosier fans should be satisfied if the Aces can split the weekend.