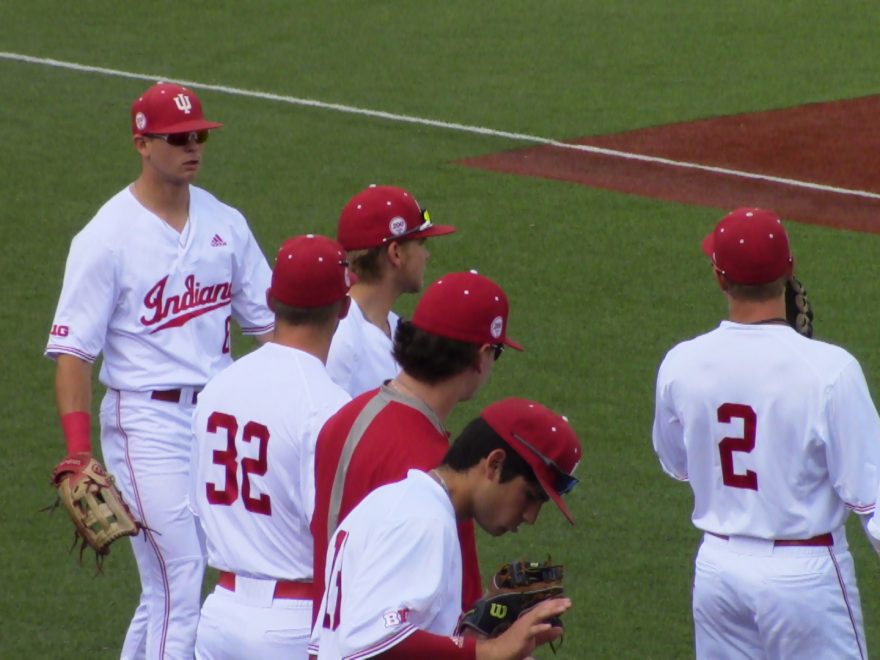 Indiana’s at-large resume is in trouble, but not yet dead

This is the hardest season by far to predict what the NCAA committee will do in regards to an at-large berth in the NCAA Baseball Tournament, especially for teams in the Big Ten Conference (B1G) without non-conference action or a conference tournament. This is why I have written so little on this topic this season up until now.

Nebraska has clinched the B1G title and the league’s automatic bid, so I’m leaving them out of this analysis. This is about at-large bids. There are several schools of thought about how the committee might judge the B1G.

I put together a grid showing key pieces of the key team’s resumes as of Monday morning, May 24th:

Now I have projected an aggressive, but realistic scenario through next Sunday:

In this scenario Indiana beats Ohio State tonight and takes two of three from #25 Maryland at College Park next weekend. I also have Iowa winning two of three at Michigan State and Michigan taking two of three at #20 Nebraska. My reasoning for the last projection is simply that Nebraska has nothing left to play for other than preparing for the NCAA tournament.

I have Indiana beating Maryland because this exercise is pointless without it. Indiana needs a better key marquee series win than a home series over Iowa. While not bad, it’s not good enough considering Iowa’s recent troubles. The Hoosier have to take the series in College Park.

The only thing Indiana holds over all of the others is no bad series loss. The three losing weekends were all to winning teams. Winning tonight is critical to making this past weekend just a little less bad.

Essentially Indiana needs to be looked at as on par with Michigan and Maryland. For that to happen, Indiana needs to beat Maryland in a series. Then you have a circular firing squad of resumes and the committee could be convinced to give all three an at-large bid.

Now if the committee draws a line at say an RPI rank of 60 to qualify, then Indiana’s season is over in May even if the Hoosiers win all four remaining games. Assuming that is not the case and there is still hope for the Hoosiers, but it will require an immediate return to winning ways and then beating a ranked team on the road. If they decide to take Nebraska plus two at large and Indiana ties with Maryland, the hope is that the head-to-head will matter more than other factors, because the total of those factors right now lean toward Maryland.