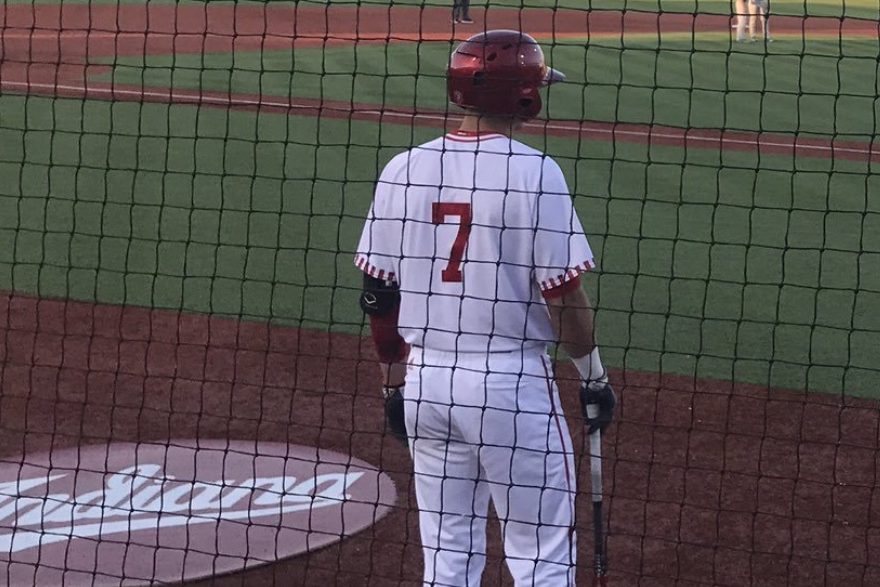 Matt Gorski can literally do it all. And it’s been that way for quite awhile.

In March of last year Alex Krupa and Matt Lloyd won B1G player of the week in back to back weeks. And even with the great season Hoosier Baseball had in ‘17, no Hoosier had taken the B1G Baseball Top weekly honor again until now.

Gorski just adds this to an already full list of accomplishments he’s earned in his career.

Even going back to his Hamilton Southeastern Royals Days where he won a Sectional in 2015 and was named Class 4A All State In 2016 . Gorski was also named to the Indiana All Stars as you can see here

Then, he gets to IU and this SS/OF takes over the first baseman job as a freshman and puts up all kinds of numbers to go along with his solid D at the corner infield spot.

His freshman stats of batting .288, 4 long balls, 22 RBI’s, .748 OPS and leading the team in steals with 15 and sac bunts with 12 got him named to the 2017 B1G All Freshman Team. You can see the whole team including Jeremy Houston and Cal Krueger here

And don’t forget that night at Victory Field last season. In what was a full showcase of Indiana home grown baseball talent against Ball State. Gorski was the hero getting the walk off RBI in the ninth

This summer he played for the Amsterdam Mohawks and all he did was hit .347 in 75 AB’s with 4 doubles,2 triples, score 19 runs and drive in 12. Probably why he’s heading to The Cape following this season to play for the Harwich Mariners.

Congratulations to 2017 Mohawk Matt Gorski who was co-named the BIG 10 Player of the Week https://t.co/zF9mL9G0yB pic.twitter.com/kvrnPpCbzv

Oh yea and he played three years high school varsity soccer and can 360 Dunk a basketball too.

Should be fun to keep watching #7 keep adding to his list in the future.

In Matt’s Sophmore season he added an inside the park home run, that game tying blast in the B1G Tourney when down to Indiana’s 27th out and that ridiculous catch in the Regional Final.

Gorski’s final season line included 8 homers, 14 doubles, 3 triples, 40 RBI’s and 24 steals. He also led the Hoosiers in batting average (.356) and total bases (123). And throw in 5 outfield assists with no errors the entire season.

That is probably why we are already hearing his name being thrown around as a possible 2019 B1G Player of the year candidate and a first day 2019 MLB Draft pick. Looks like his list is going to get even longer.