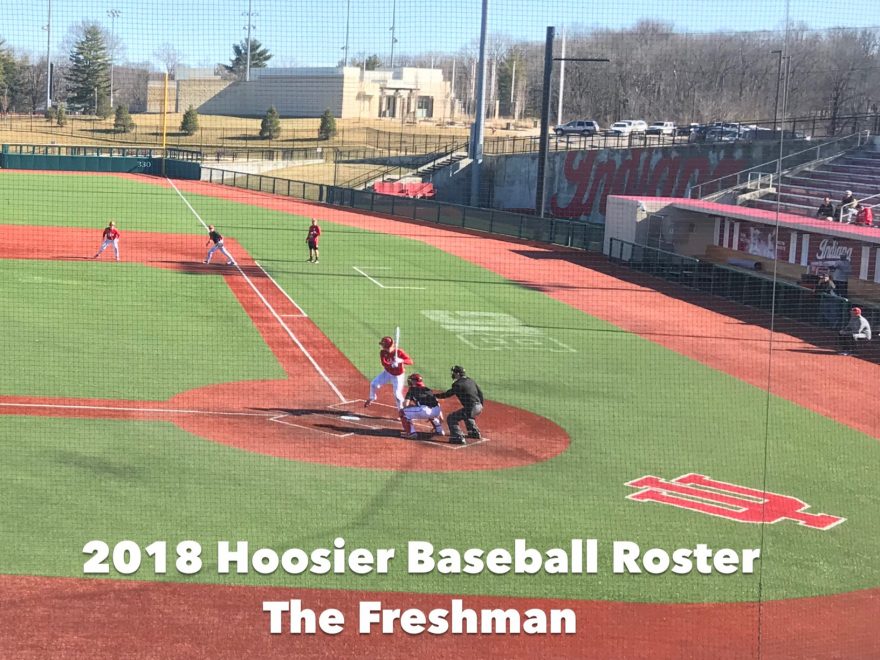 Our final installment in our 2018 IU Baseball Roster Series.

Only one error at SS his Senior season.

Switch-hitter with good bat control.  Father was the lead-off hitter and an OF at Purdue.

Plus plus breaking stuff – 4-2, 3.06 with a K per inning for Kalamazoo Growlers in Summer League.

Led the SIAC in homers and RBI’s in 2016. Won regional Tourney MVP On the mound for Memorial while Beating Cal Krueger and Jasper to win the 3A Southridge Regional.

A true 5 pitch Pitcher with a 30 inning scoreless streak under his belt.

Threw a complete game with 5 K’s to beat Munster and Connor Manous in Class 4A Munster sectional quarterfinal.

11-0 last season with 4 CG wins, one coming in the 4A State Title game last season.