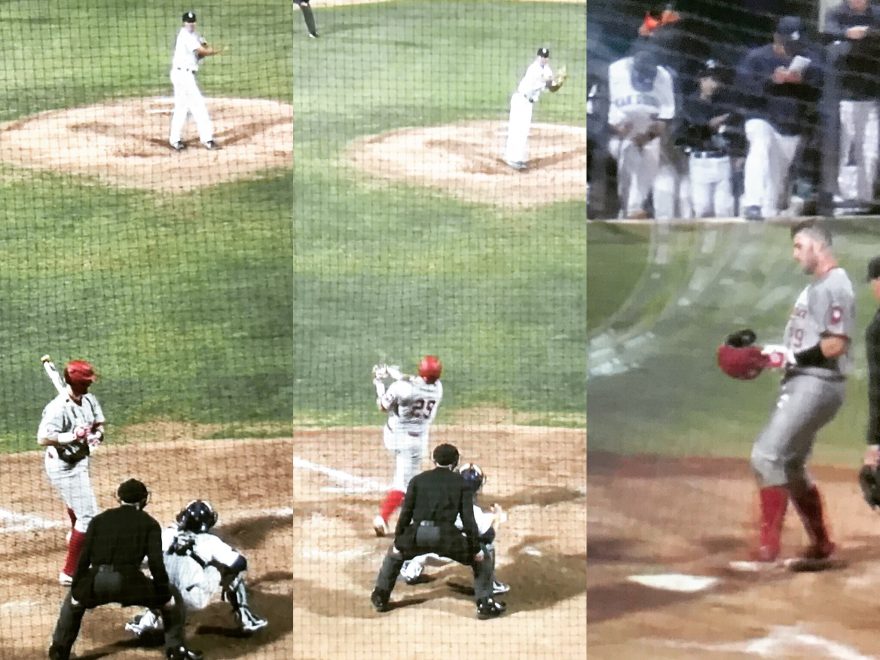 The pride of Agoura High School in Westlake Village, CA returns. Well, he’ll be about 2 and half hours on the I-5 away at least.

Just 3 years and a week ago Ryan Fineman was participating in the Agoura High School MVP Game. It seems like a real important event that Agoura HS runs for some people in that community. You can see a recap and learn about that year’s event here.

Fineman hit .340 his last year in Cali and hopefully gets a bunch of knocks this weekend to. Can’t think of a better place but the west coast for him to get to break out that 70 grade bat flip for the first time in’18.

He was named to 3 All League teams and 2 All County while in HS. In 2015, his senior year at Agoura HS, he was named a Perfect Game Honorable all American , made All State and won Gold for 17U USA Baseball West giving a National Championship to the Garciaparra Baseball Group.

That last part might even pay off this weekend as Fineman caught current University of San Diego starter Nick Sprengel on that team. You can read about the title game here

Im not sure if they dog piled on the field after that W but hopefully The Captain gets to accomplish his ‘personal’ goal he set back in January later on this season. If your not sure what that goal was you can see it again here from IU Athletics

And hopefully he nails about 4 guys on the bases during the weekend to.

Roger Radio reported that he had plenty of friends and family in the building too.  Even for California that’s not a bad night at all.

Hoosier Baseball’s winning streak goes to seven after the 10-4 Win. Stiever got  his first win and Kryszko got his first save. Friday Night Wins on the road really are the best kind.

Stay connected with iubase.com throughout the season with the social media accounts 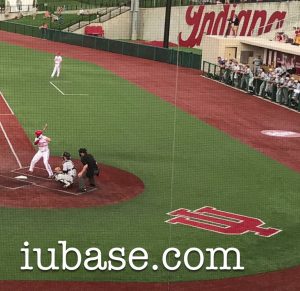