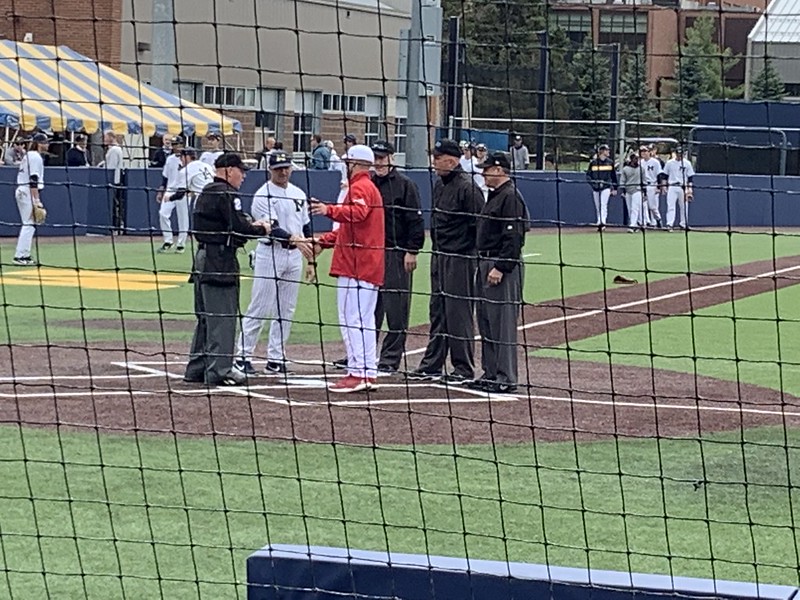 no. 21 Indiana pitching and defense gives Michigan the advantage in key series

Indiana pitching had been dominating the Big Ten. In 33 games Hoosier pitching had held opponents to less than nine runs in every game. On Friday in Ann Arbor, the Hoosiers gave up nine runs to the Michigan Wolverines in only four innings.

Friday starter Tommy Sommer gave up a 1-out solo home run in the second inning. Sommer came out with a 2-1 lead for the bottom of the third thanks to a 2-rbi hit from Cole Barr. After a one out single, Sommer walked the next two and gave up a run on another single to allow Michigan to tie it. Pitching Coach Justin Parker didn’t like what he saw and pulled Sommer after only 47 pitches.

Braden Scott was charged with stopping the bleeding. It was not to be. Three straight single drove in four more Michigan runs. In the fourth a lead-off walk and throwing error by Paul Toetz put Scott in another jam. Scott struck out the next two, but a three run home run extended the Wolverine lead to 7.

The only other scoring Indiana did was a bases loaded sacrifice fly from Grant Richardson in the 7th. Eight Hoosiers had hits, but nine Hoosiers were left on base. The Hoosier bats actually put 10 hits on the board in what looked like a decent day at the plate against a quality arm, just lacking the run production. Barr and Jeremy Houston each had two-hit games.

The loss ended Indiana’s lead the Big Ten standings by allowing Nebraska to tie by percentage. Michigan still trails in percentage, but is now zero games back as well in third place. Nebraska opens a home series against Northwestern tonight. Northwestern is comming off of a two-week COVID pause.

Indiana and Michigan resume their series at 2pm Saturday. McCade Brown will start for the Hoosiers against reigning Big Ten Pitcher of the Week, Cameron Weston, for Michigan.