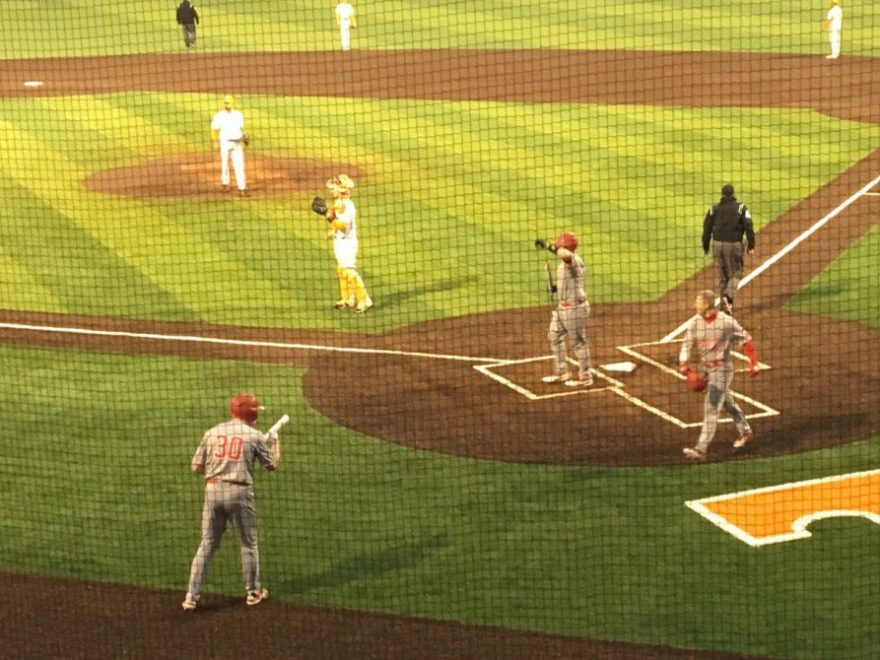 A new real-time algorithm to auto-generate an NCAA field-of-64 is something I see eventual value in as the baseball season goes deep into the spring. Right now its not much more than a comic exercise, but it is kind of a dream for northern schools who have played tougher schedules up to the point.

So this algorithm was built in December trying to closely match the NCAA committee and their thinking in the 2018 season. I tweaked various “adjusters” that applied to top-50 wins and percents, punished teams with sub .500 conference records (like Kentucky), and gave a secret boost to western teams based on metrics the NCAA committee will say they don’t look at, but somehow the results bear it out.

The part I’m most proud of is that it places teams somewhat regionally based on home state, then tries to balance the rest by strength. My algorithm would not have sent a very good #4 seed in Wright State to #2 overall seed Stanford in 2018 for example. Other than that, I tried to match the thinking of the NCAA committee.

Now, in mid-March posting this would be reckless and silly. But it’s too wildly entertaining NOT to do it. And if we can’t go to the Bart for regionals…. why not Terre Haute?

***This is NOT a prediction! This is applying a season-end algorithm to about 5 weeks of play.***

Host: OREGON STATE of the Pac-12

4-seed: ARMY of the Patriot League

2-seed: VANDERBILT of the SEC

3-seed: INDIANA of the Big Ten

4-seed: TOLEDO of the Mid-American

Host: LOUISVILLE of the ACC

2-seed: XAVIER of the Big East

3-seed: BRYANT of the Northeast

Host: ILLINOIS of the Big Ten

3-seed: OLE MISS of the SEC

4-seed: WESTERN ILLINOIS of the The Summit League

Host: ARKANSAS of the SEC

Host: TENNESSEE of the SEC

3-seed: UNCG of the Southern

4-seed: CAMPBELL of the Big South

3-seed: MISSISSIPPI STATE of the SEC

4-seed: BINGHAMTON of the America East

2-seed: CONNECTICUT of the American Athletic

4-seed: TEXAS SOUTHERN of the SWAC

Host: AUBURN of the SEC

4-seed: QUINNIPIAC of the MAAC

2-seed: GEORGIA of the SEC

3-seed: GONZAGA of the West Coast

2-seed: CLEMSON of the ACC

3-seed: NORTH CAROLINA of the ACC

Host: TEXAS TECH of the Big 12

2-seed: NEBRASKA of the Big Ten

Host: STANFORD of the Pac-12

2-seed: PEPPERDINE of the West Coast

3-seed: LOYOLA-MARYMOUNT of the West Coast

4-seed: PENN of the Ivy League

Host: ARIZONA STATE of the Pac-12

2-seed: VIRGINIA TECH of the ACC

Host: UCF of the American Athletic

3-seed: FLORIDA of the SEC

4-seed: JACKSONVILLE of the Atlantic Sun