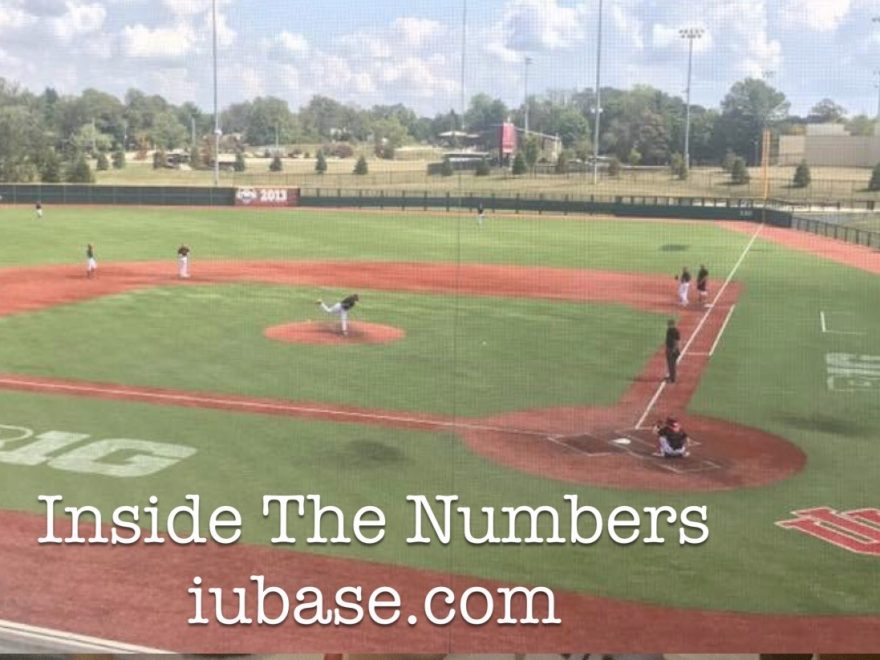 As was requested on the podcast, I looked at the home run pace the Hoosiers have had through the first couple of weeks of the season over the past few years. This year’s team is far surpassing most of its predecessors with a rate of 1.4 homers per game. That’s almost double the pace of the Bash-Brothers-Led 2013 and 2014 squads! Last season saw a big jump in home runs, and 2018 so far is at least matching that. For those of you who chose to participate in the home runs for mental health pledge that Chris Webb started up, if IU keeps its current pace we’ll all be contributing about $85 if we play 60 or so games!

Another stat I looked at a little deeper is first pitch swinging vs. first pitch looking. On the whole, the entire returning lineup is swinging more often on first pitch than they did a season ago. The most consistent with last year’s numbers is Matt Lloyd, who is swinging on 25.0% of his first pitches compared to 24.8% in 2017. On the other end, the player with the biggest difference compared to last year is Matt Gorski at 66.7% of first pitches swinging (43.0% in 2017). Gorski is also the most likely to swing at first pitch so far in 2018 (only looking at guys with at least 10 at bats). This could all be an early season thing, as the bats come out excited, trying to be more aggressive. I would expect the numbers to even out closer to last year’s as the season goes on.

I promise that I’m not ignoring the pitching stats! It’s just that, with the long-innings guys only throwing once a week and relief pitchers going maybe a couple innings at a time, I just don’t have enough data yet. I’m definitely going to include more on them as the season progresses, I just don’t have it yet.

On that note, if anybody has stats or comparisons they’d like me to look into, either leave a comment here or contact any of us through Facebook/Twitter/etc. Or if you have questions about how I do my statistics, just ask away (best bet is through Twitter: @crpalmer0627).