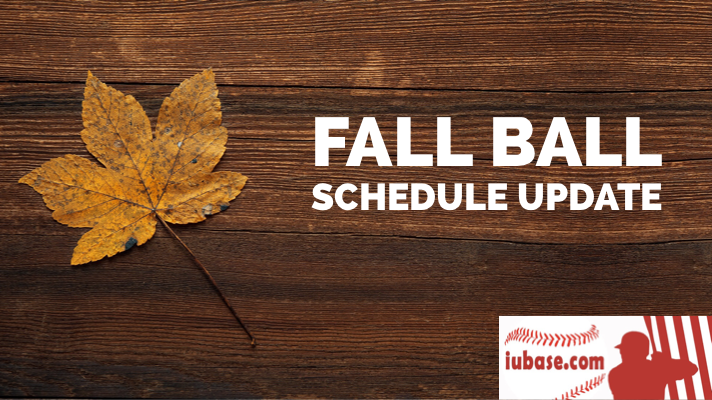 After a few seasons off, The Bart will host two Fall Ball games this October.

It was announced today that Hoosier Baseball will play the Great Lake Canadians on Tuesday October 1st at 4:30pm. Great Lake is a high school player development organization based out of Ontario, Canada. You can learn more about them here.

The second game at The Bart will be four days later on Saturday October 5th at 2pm against John A. Logan College. John A. Is one of the premier Junior College programs in the country and is located in Carterville, Illinois. Logan Kaletha and Tanner Gordon  came to IU after attending John A. and new comers Cooper Trinkle and Hunter Combs arrived this season.

The third Fall Ball Game will be on Saturday October 26th at the University of Cincinnati. Time has not been announced yet.

ICYMI, some Fall Ball Roster Numbers have been coming in which you can see here

And the latest video update on The Talking Hoosier Baseball Youtube Channel includes a position preview of the newcomers.