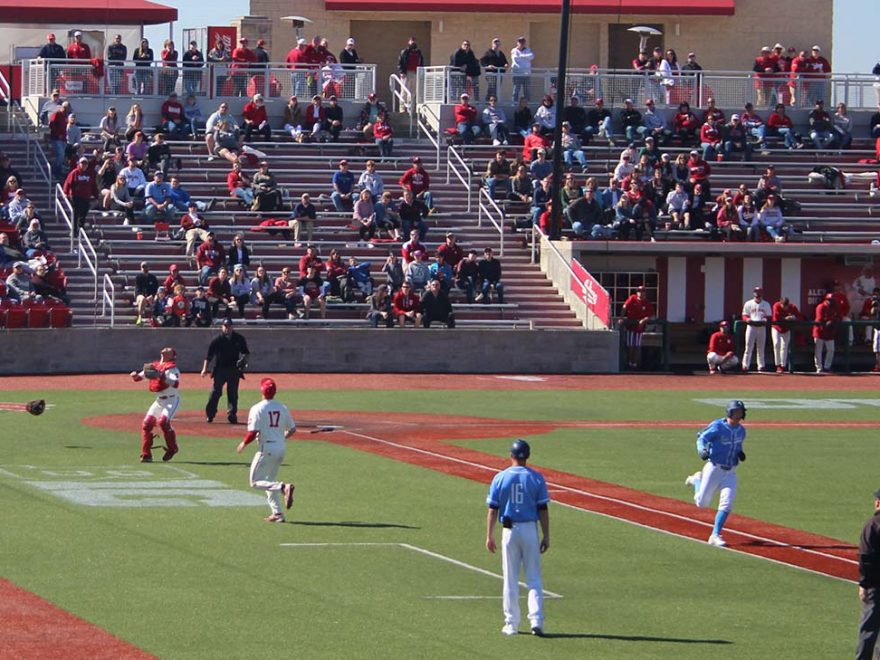 Just like games one and two of the series, it was San Diego that struck first, and much like game two, it was carried by its offense and pitching.

“We got off to a slow start yesterday and just never really recovered from an emotional standpoint,” IU head coach Jeff Mercer said. “We played like a really immature team that didn’t really know how to respond after we got hit in the mouth.”

Braydon Tucker took the mound for IU trying to win the series but got into plenty of trouble early. Before fans could finish filing into their seats, Thomas Luevano knocked in a run to put the Toreros up 1-0. In the second, Adam Lopez hit a no doubt shot past the scoreboard for his first home run of the year. After an RBI double by Tora Otsuka, IU found itself trailing 3-0 just two innings into the game.

San Diego would plate another pair in the fourth. After hitting a home run in last night’s game, Adam Kerner singled to score a run. Lopez’s second RBI of the game chased Tucker after just 4.1 innings.

After going six hitless innings in game two, IU found themselves struggling to find the hit column once again. Grady Miller surrendered just three hits over five strong innings. The Hoosiers wouldn’t get their first hit until the fourth and wouldn’t score a run until the fifth.

Coming up in the fifth, Drew Ashley had no homers on the young season. That changed as he sent a moonshot off the scoreboard. Ashley was the bright spot for IU, going 3-3 with a home run, a walk and a hit by pitch.

IU scored another in the fifth, but San Diego got both runs back in the next half inning. Kerner recorded his second RBI and the senior Lopez got his third. Strong pitching kept the Toreros lead and allowed the offense to turn it on late.

San Diego added four runs in the eighth and two more in the ninth, pushing the lead to 13-2. IU would muster a small rally in the bottom half, as Ethan Vecrumba stopped his cold spell with a bases clearing triple, but it was too little too late. San Diego would close the game on a double play and win the weekend series.

After scoring 17 runs against Purdue on Wednesday and nine runs in game one of the series, the Hoosiers offense stalled in games two and three. In the series finale, IU left 13 runners on base.

“We had a lot of walks and HBP’s early in the game, a lot of runners on base, a lot of traffic, and we just couldn’t find a way to get anybody home,” Ashley said.

IU doesn’t have much time to turn it around as they travel to Evansville on Tuesday, host Cincinnati on Wednesday and play a three-game series against Memphis starting Friday.