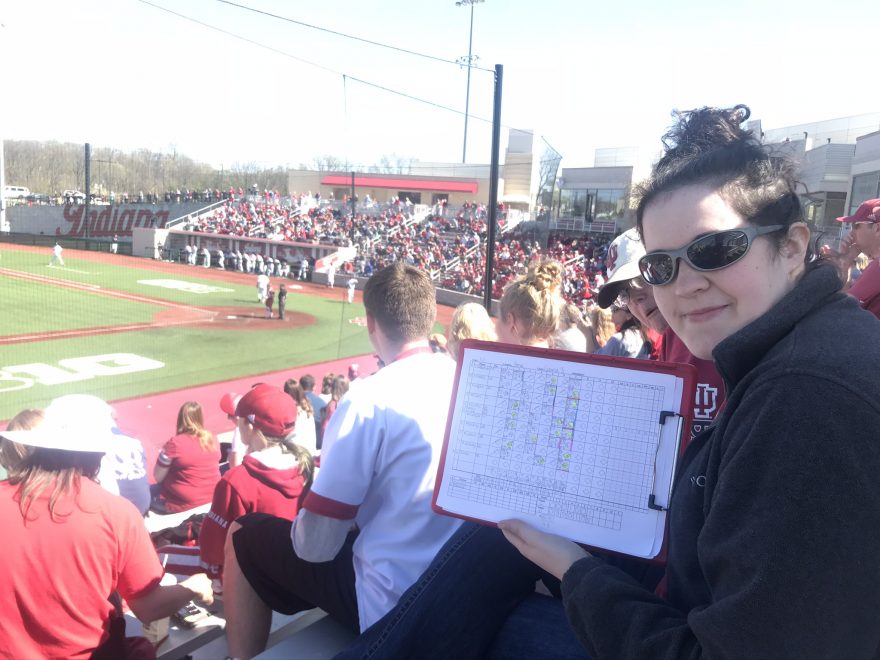 I’ve spent the last day trying to think about what to say about everything that’s been happening over the last few days. We’re in a situation I never really thought we would be in, where my public health and sports worlds collide. You see, I don’t just play with data and stats as a hobby; I’m an epidemiologist as well. Now, I’m going to preface this by saying that I’m not an infectious disease expert; I mostly work with data surrounding homicides, suicides, and accidental firearm deaths. But I can at least provide some context for the things that have been happening over the last few days.

I’ll try to keep all of this as simple as possible because the more everybody understands the situation the better the end outcome will be for everybody. Here’s what we know:

COVID-19 is a new strain of the coronavirus, sort of like H1N1 is a specific strain of influenza. Just like influenza, coronavirus is not new. You’ve probably heard of it before, with the SARS outbreak of 2002-2003 being a primary example. It spreads in a similar way to influenza, mostly from coughing or sneezing, or touching something that an infected person has coughed or sneezed on recently.

Symptoms are also mostly flu-like, consisting of fever, cough, and shortness of breath. For approximately 80% of those who become infected the symptoms are mild. The remaining 20% of patients will see more complications and are much more likely to require hospitalization. Those people at greatest risk for severe symptoms include those over the age of 60 and those with underlying conditions such as high blood pressure, diabetes, heart disease, chronic respiratory disease, and cancer.

So why is COVID-19 such a big deal that it has seemingly turned the world upside down? Part of the issue is the mortality rate or death rate. With an early estimated mortality rate anywhere from 2-4% globally, COVID-19 is more deadly than influenza, which comes in at 0.5% in an average season. But with other strains of coronavirus we have seen much worse. The SARS outbreak had a mortality rate of almost 10%, while MERS (the strain identified in a 2012 outbreak) killed almost 35% of all those who were infected.

The difference between those strains and COVID-19: the spread. SARS topped out at nearly 8,100 cases in 29 countries. MERS is at almost 2,500 cases in 28 countries. And COVID-19? As of Friday, March 13th, there are 132,758 confirmed cases in 123 countries. So while the mortality rate is not as high as previous coronavirus strains, COVID-19 has already killed more people than SARS and MERS combined in a much shorter time span.

But the factor that was likely the biggest rationale in the decision to shut down so much of normal life is an attempt to “flatten the curve.” You’ve probably heard that term in the last few days, but I’m going to take a moment to explain what it means and how it ties in with the cancellation of all things sports.

This graphic shows two different scenarios side-by-side. The curve on the left that looks like Mt. Everest is the situation when no intervention is taken and shows the daily number of cases as we progress in the outbreak. The peak of this Mt. Everest curve surpasses everything that our health system can handle, as large numbers of people are infected and seeking treatment at the same time. This is what’s happening in Italy right now, where a decent-quality health system is being forced to ration treatment due to the number of patients absolutely overwhelming the available resources.

The second curve, the one that looks like a molehill, is the distribution of cases when interventions are enforced. The peak number of cases at any one time remains manageable, while the total number of cases is reduced over time. This is more in-line with what’s happened in South Korea, where the government took immediate action and the people complied with those actions. As exciting as climbing Mt. Everest is, we desperately want the molehill.

Enter the (temporary) end of the sports world as we know it. One of the most successful interventions that can be put in place with a disease like COVID-19 is called “social distancing.” What that basically means is that as much as possible, people everywhere should embrace their inner introvert and stay away from other people, at least in person. It is STRONGLY encouraged to avoid large groups, especially when there is travel involved. Because while you personally may have no problems if you catch COVID-19, it will be at least a couple of days before you know you have it and you can unknowingly spread it to anyone you come in contact with. And they then spread it to anyone they come in contact with. And I think you get where this is going.

The more interactions people have, the more likely the virus is to spread further into that at-risk population. And the more of those people who get really sick at the same time, the more overwhelmed the health system becomes. Most of us know and love at least one person in that at-risk category that we would hate to see get so sick that they are clinging to life on a ventilator. They are our parents, grandparents, partners and friends. I should know; I’m one of them. My asthma leaves me vulnerable to upper respiratory infections such as COVID-19, and I experienced it firsthand when influenza left me bedridden for almost two months with multiple ER visits. My father is one of those people; he’s over age 60 with multiple underlying conditions. My sister-in-law’s little sister is one of those people; she’s been fighting leukemia for years now. These people are in our communities. We love and care for them. And that’s why we have to do everything we can to try to contain COVID-19.

We’ve seen it already. An NBA player who was careless has infected at least one other person without even knowing it. A college basketball referee refed a game while he was unknowingly infectious. And for the Baylor baseball team it doesn’t matter that this weekend’s games were canceled, because they are all in a 14-day quarantine and wouldn’t be able to play anyway. They came into contact with three TSA agents at the airport who tested positive for COVID-19. That’s why just removing the fans from the games is not enough. The athletes and coaches and officials would be putting their health, and the health of their loved ones, on the line every time they travel and every time they compete against other teams that have traveled.

And I’ll be one of the first people to admit that this whole situation sucks. I am absolutely gutted for all of the players and coaches and staff who have dedicated so much to this season. I see the countless logistical issues that will have to be addressed over the next weeks, months, and years to try to balance out something that was out of the hands of all involved. I see the employees and businesses that will invariably take a hit because of this. But I also see my dad, members of my family, my friends, who would be put in a life-threatening situation if they get COVID-19.

Sports typically pits us against each other. We’re opponents, rivals. We want to beat them and we’ll give our blood, sweat, and tears to see it happen. We’ll do anything. But sports also gives us some of our greatest moments of unity. Hell, we had an example of this within what is now a super-short season when IU traveled to Baton Rouge Opening Weekend, when opposing fans invited us over to their tailgates and welcomed us with open arms. We saw it at the end of the basketball season as Josh Speidel, an Indiana native who nearly died in a car accident, scored his first points in a moment that was arranged by the coaches of both teams, with all the fans in attendance cheering him on. We hear it time and time again that some things are bigger than sports. This is one of those things. And this is just another opportunity for sports to be a unifier.

So, what comes next? There isn’t going to be a quick ending. Even with “flattening the curve” this is going to take time. But it also isn’t the end of the world. It’s not a zombie movie. So don’t panic. Wash your hands, often, and for much longer than you think is necessary (sing the IU fight song and you are right at your time).

And while I usually agree with Tom Hanks, this is an example of a time when it’s okay to cry in baseball. It’s okay to grieve what could have been. Move through the stages. We’ve all been through the denial (this can’t be happening), and we’ve seen plenty of anger surrounding the cancelations. People are trying to bargain (well maybe if we try this…), and plenty of people will be feeling depressed. Check in on those people, let them know that you support them. And in the end, we get to acceptance, knowing that while this situation royally sucks it is also absolutely necessary. So take some time. Work your way toward acceptance, however long it takes. And we’ll get through this, together.