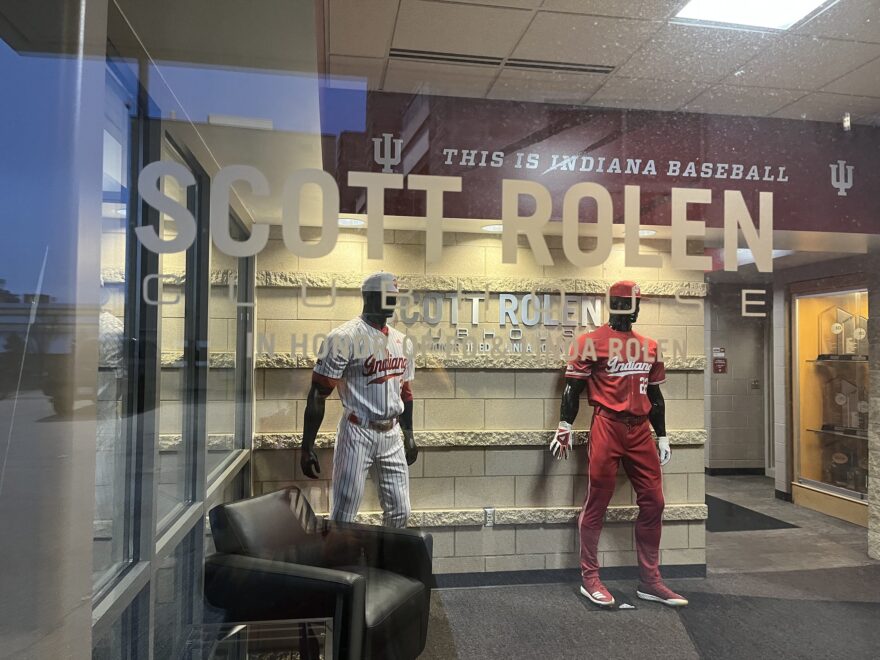 In 6th year on the ballot, Rolen elected to the Hall of Fame with 76.3% of the votes

Former All-Star third baseman and Indiana Director of Player Development Scott Rolen was elected to the Hall of Fame Tuesday night, January 24th, in his sixth year on the ballot. In his career, Rolen was the 1997 Rookie of the Year, a seven-time All-Star, earned eight Gold Gloves, and earned a Silver Slugger.

Prior to his impressive professional career, Rolen was a standout in both baseball and basketball at Jasper High School. He was named Indiana Mr. Baseball and was on the Indiana All-Star team in basketball his senior year. In fact, he was set to play both basketball and baseball at Georgia before opting to join the Phillies, although his love of IU never wavered.

After being drafted by the Phillies in the second round of the 1993 draft, Rolen made his MLB debut for the Phillies in 1996 facing the St. Louis Cardinals in his first game. In 2002, Rolen was traded to the very same Cardinals squad, where he would stay for the next five seasons. He then spent about a year and a half with the Toronto Blue Jays before playing the remaining three and a half years with the Cincinnati Reds.

Jeff Mercer Sr., father of the Indiana Head Coach, worked with Rolen on his hitting just prior to his Rookie season and mentioned that “the first swing he took off a tee went ‘through’ a brand new sock net… He was incredibly talented.”

In his career, Rolen racked up over 2,000 hits and 300 home runs and an OPS of .855, with 42% of his hits going for extra bases. He also collected the 11th-most assists at the hot corner and is in the top 10 all-time in Wins Above Replacement (WAR) amongst all third basemen.

From a statistical perspective, the 2004 season was far and away the best for Rolen. At the plate, he hit .314 with a 1.007 OPS while clobbering 34 home runs. And his defense more than matched his offense. Rolen had 30 defensive runs saved above average, which was both the best of his career and the best among all MLB third basemen that year. His .977 fielding percentage was his second-best mark in seasons where he played at least 100 games. Rolen finished fourth that year in National League MVP voting, joining fellow “MV3” teammates Albert Pujols and Jim Edmonds in the top five.

“In a baseball world that seems to revere the glitz and glamour, Scott Rolen played the game the right way every inning of every game,” said Mercer Sr. “He had a one-of-a-kind approach to playing the game.”

That approach paid off in 2006, when Rolen helped the Cardinals to win the World Series over the Detroit Tigers. On the way to the World Series, Manager Tony LaRussa chose to start Scott Spiezio instead of Rolen in Game 2 of the NLCS vs the New York Mets. Instead of hanging his head, Rolen came back even harder, including hitting what would have been a go-ahead home run late in Game 7 had Endy Chavez not made one of the best snags in postseason history. The Cardinals would then go on to win what would be the last Mets postseason game at Shea Stadium with a home run from Yadier Molina in the 9th inning.

Rolen continued the momentum into the World Series, where he hit his first World Series home run off Justin Verlander to tie the game in the 2nd inning. He later helped to provide some insurance, scoring the team’s seventh run after a collision with the Mets third baseman was ruled obstruction. This solid 7-2 victory in Game 1 helped set the tone for the Cardinals ballclub, who would go on to win the World Series 4-1.

But statistics and big moments aside, Rolen has been a Hall of Famer off the field as well. In 1999, just three years after his MLB debut, he created the E5 Foundation, which helps children and families who struggle with illness, hardship, or other special needs. Camp Emma Lou provides opportunities for these children to attend field trips and family weekends at an outdoor recreational retreat. Additionally, Rolen made a sizable contribution for the construction of the players clubhouse at Bart Kaufman Field in the name of his parents Ed and Linda, who were both educators.

“As proud as I am of his selection to the Baseball Hall of Fame, I have been blessed more to know him as an incredible human being,” explained Mercer Sr.