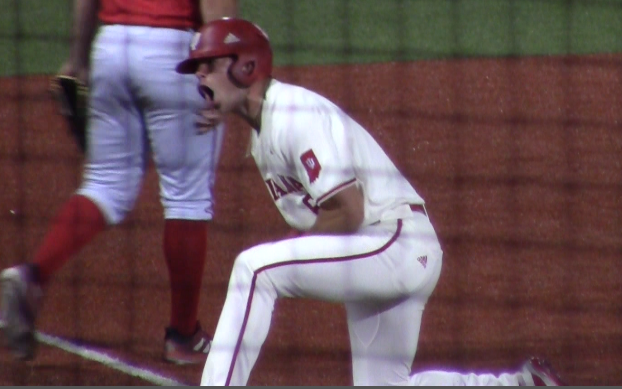 Indiana out hits Huskers, but losses after Tommy Sommer removed early with blister 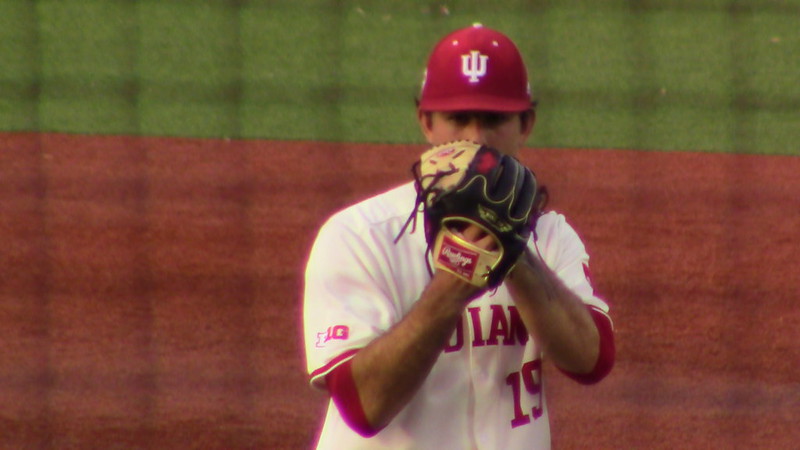 The second inning did not go as well. A walk and two singles loaded the bases for Brice Matthews who hit a 3 RBI double down the left field line. Griffin Everitt followed that up with an RBI double of his own.

The Hoosiers struck back with a Grant Richardson opposite field home run in the bottom of the second off of Nebraska starter and B1G Pitcher of the Week Cade Povich. Tank Espalin drove in Morgan Colopy with a single and newly minted lead-off hitter Jeremy Houston then drove in Kip Fougerousse to cut the Husker lead to one run.

Sommer worked to strike out Spencer Schwellenbach, but Sommer then walked Luke Roskam on four pitches. Mercer had Sommer’s hand look at in a mound visit and indeed the blister underneath the finger nail was bothering him. Sommer tried to pitch through the issues, but got behind 2-0 to Max Anderson and threw a fastball that left the yard to extend the Husker lead to 6-3. 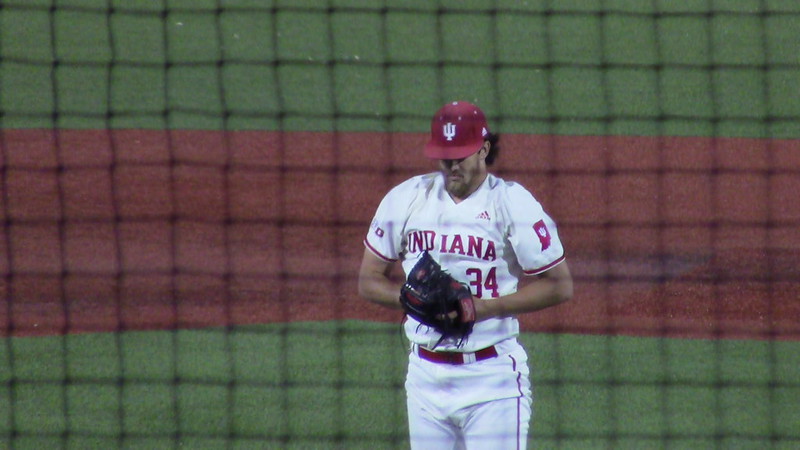 Braydon Tucker was the first out of the pen. Tucker struck out the next two Huskers to end the inning. A couple of hits in the top of the fourth lead to another Nebraska run. Indiana immediately struck back when Houston’s third hit of the day drove in Collin Hopkins making the score 7-4 Nebraska

Grant Macciocchi pitched the next four innings for Indiana without surrendering a run. He scattered two hits and two walks striking out six. This puts Macciocchi at seven scoreless frames in back-to-back games.

The Hoosier only scored once more. Nebraska’s lefty Jake Bunz was dealing, but Cole Barr worked a walk and Grant Richardson went opposite field on lefty for the second time today, this time for an RBI triple. Discussing Richardson’s progress this year against left handed pitching, “The thing for him is to be able to get on top of a fastball and then get his eyes to the bottom of a breaking ball.” Taking reps with the team’s spin ball machine has allowed Richardson to work and progress this season. 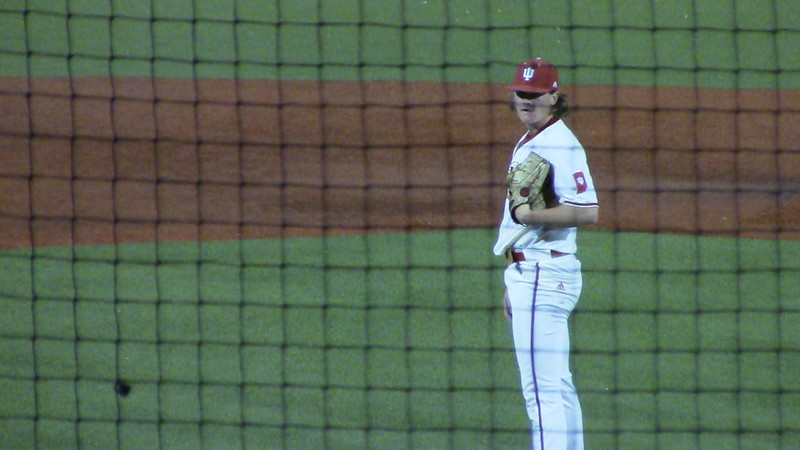 Nathan Stahl came in gave up a lead-off home run in the ninth to Schwellenbach, who came back in the bottom as the Nebraska pitcher to shut the door and get his sixth save of the year sealing the Huskers’ 8-5 win.

Indiana out hit their opponent in a losing effort for the second straight game. Indiana got 11 total hits. Houston lead the team with three hits, Richardson and Colopy each had two hits. Barr was the only Hoosier the entire game to draw a walk. Mercer was very pleased with his team’s performance, attributing the loss primarily to the injury to Sommer.

With the loss Indiana drops to fourth place in the Big Ten standings  , one half game behind Maryland and no. 24 Michigan who are tied for second place. The Hoosiers play Nebraska again Saturday at Bart Kaufman Field. The game will be televised on ESPNU. The game will be critical to try to get a 2-2 season split with Nebraska for the NCAA resume. McCade Brown will be on the bump for Indiana.