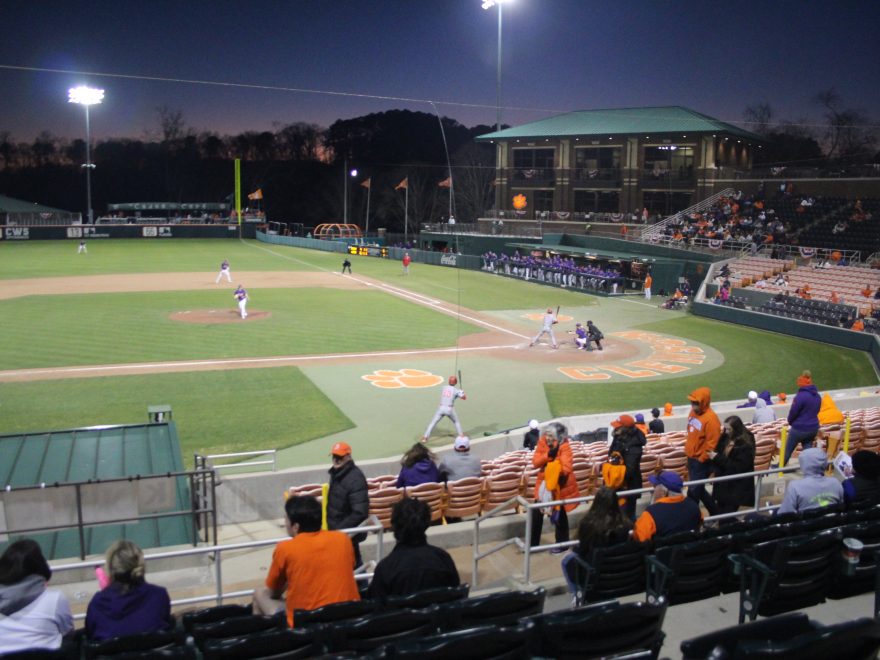 22 free passes by Hoosier pitching lead to a 19-4 loss, Clemson takes the series

CLEMSON, SC – The story of day yesterday was a Hoosier bullpen that seemingly couldn’t buy a strike for the middle innings of the game that appeared to be in Indiana’s control of after two innings. After the game head coach Jeff Mercer said, “The bullpen didn’t do a good job. The moment got big for them, they got emotional… and it snowballed on them.” In total Indiana issued 22 free passes via 16 walks and six hit batsmen. In the four hour and 16 minute game, the Hoosiers threw a total of 257 pitches with just under half of those for strikes.

Surprisingly, despite the 19-4 score, Indiana had more extra base hits than Clemson on the day. Tyler Doanes got the game started by hitting the very first pitch of the game over the right field fence. Matthew Ellis, who played catcher in this game, pull another rocket over the right field fence. A pair of doubles by Carter Mathison and Brock Tibbitts drove in a run in the second and Doanes drove Tibbits in with a single to give Indiana an early 4-0 lead. Mercer was happy with the offensive approaches saying, “Some of those kids that have played before said ‘This is how you do it’ and they stepped up and were able to compete.”

Indiana’s starting pitcher, Louisville transfer Jack Perkins, had a solid, but short debut. He struck out eight Tigers in 3.2 innings of work. He was charged with 3 earned runs, two of which scored after he left the game with two outs and two in scoring position in the bottom of the fourth inning. Mercer spoke highly of Perkins, “He had control of four or five pitches for the most part, velocity was good, and controlled his fastball. I was just really happy for Jack, really proud of him. He’s worked really hard and really invested in himself.” Mercer would have liked to see Perkins get out of the fourth on his own after starting the inning with two outs. His hope is to further progress Perkins by stretching him out to compete in later innings.

Perkins strikes out all three in a 1-2-3 second. #iubase leads 4-0 pic.twitter.com/twbMcPzBdU

The loss drops IU to 0-2 on the season. The Hoosiers will try to get their first win in the final match-up today (Sunday) at 1pm ET. Mercer stressed that “We are in a good spot with our [pitching] staff to come out tomorrow and be competitive on the mound again.” Mercer did not name a starter, but says that a plan is in place, but they want to look at it again before making a public announcement.